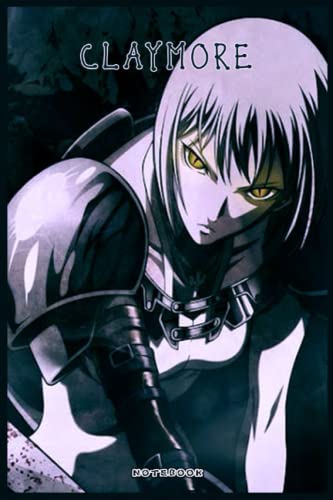 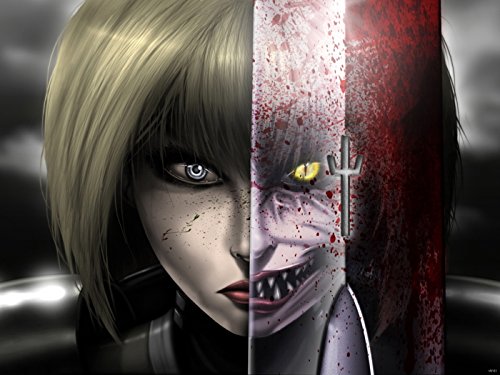 Clare is a character of many looks! You get that when you have to transition all the way from a young human girl into a Claymore though. Clare’s changing image doesn’t stop there either. She even has two “awakening forms”.  In fact, she is the only characters in Claymore that goes through such various changes in order to survive.

As a child,  Clare is very thin and doesn’t have a tough physique at all.

For a period, she goes through a period where she looks like a hobo wearing the same pink dress, brown shoes, and long socks. Since she has no family to take care of her, it’s hard for her to care for her looks.

Her hair is red and long, with short uneven bangs. She has a typical princess-like look like you might see in old cartoons.

Even when she is homeless, she strikes an arresting figure.

Clare’s body is riddled with scars and grimed with dirt.

According to Teresa, the villagers are so scared of the Yoma hiding among the villagers that they did have the capacity to think about, or take care of, Clare.

Clare as a warrior

When she turns into a Claymore, her looks change drastically. She becomes a muscular but slender lady with a bob cut, and her signature bangs.  Her red hair becomes ash blonde and her eyes are silver – like any other Yoma. However, she doesn’t look anything like the wimpy little child that she was.

Her uniform as a warrior is pretty standard for the world of Claymore and doesn’t stand out. To look at, she appears as an ordinary Claymore.

Many of the warriors Clare works with have contradicting first impressions of her.

For some, she looks weak and easily killed. It’s one of the reasons she is routinely bullied and mocked by her fellow warriors. Even in Galatea’s eyes, Clare seems very weak.

For others, she oozes an interesting and seemingly strong aura, in spite of her looks. The character of Miria sees Clare as someone really strong the moment she first saw her. Miria feels compelled to check Clare’s battle capabilities through a 1-on-1 mock battle. To Miria’s disappointment, Clare didn’t meet her expectations.

Clare as a man 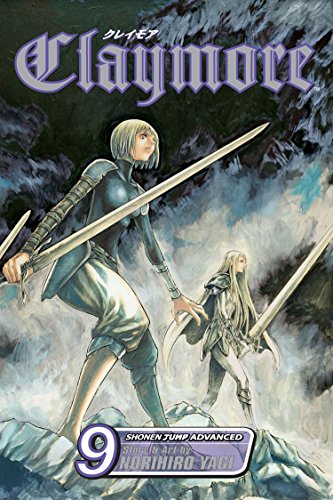 After Clare leaves The Organization to look for Raki, Clare takes the form of a man. It’s easy for her to disguise herself as a man as Claymores are inherently muscular. Claymores are also taller than the average individual.

Clare changes her voice by repositioning her larynx to make her voice more man-like! She covers her upper body with a dark blue, thick robe to make her chest less apparent. She hides her curvy waists. Her robe has a hoodie that she uses a lot to hide her face. The length of the robe reaches her knee. Clare also pairs her blue top with a pair of white pants.

She also changes to wearing less high-heeled battle shoes, made of metal. This is in contrast to her warrior uniform, which usually has longer heels that make herself look more feminine. Her shin guard is also blue, to match her top and robe.

Clare puts her hair in ponytails, towards the back, but leaves a few long hair strands on the side.

In order to avoid being conspicuous to the public, she hides her long Claymore sword with a leather guard. Her disguise is very effective, she looks more like an adventurer than a Claymore to ordinary people. She even fools some of her fellow warriors in the same city she is hiding in.

Her right arm still bears the same leather arm guard with straps that Ilena previously wore .  Indeed, it is the very arm that used to belong to Ilena!

Clare after the Battle of the North 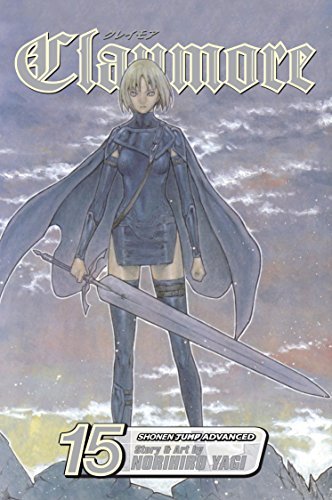 After the Battle of the North, Clare defects for the second time from The Organization. In hiding, Clare wears a battle dress with a tattered robe to cover her body.

In the manga, it’s hard to tell the color of her dress. It’s either black or indigo. The dress is seemingly leather and the design reaches to her neck. The design almost looks like a tiny black dress with two slits on the side for mobility.

Most of her shoulder is covered with armor and her shoes reach above her knee like long boots. She and her fellow warriors who survived the north carnage look a lot like sexy bandits with giant swords more than anything.

Clare’s partial awakening lets her transform her limbs, particularly her legs into a form that grants her speed. She also grows 8 more limbs from her back that she uses for cutting enemies! She uses these to perform the Quicksword technique. Later, she’s able to use the extra limbs like wings to fly, like a pixie!

At the end of the final battle against Prescilla, Clare awakens and morphs into Teresa with 4 angel-like wings at the back. Many Claymore fans have theorized that it is Teresa who has come out through Clare and actually taken over her body. Others think that Clare’s admiration for Teresa makes her awaken into Teresa’s form. This is plausible, considering Clare believes that the strongest warrior, the only one that can fight any enemy, is Teresa. 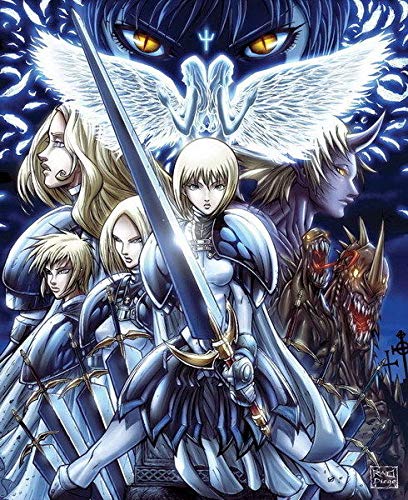 In the Anime, Clare is still in the learning stages of using her abilities. She learns how to suppress her aura while fighting and how to read the Yoki aura of the enemy. This improves her perception ability significantly.

Her strongest attack during her development stage is the Quicksword technique that Ilena passes on to her – along with Ilena’s dominant arm!

In her first fight with Riful of the West, in the episode “The Witch’s Maw”, Clare learns how to control the Quicksword better by attacking Dauf without hitting Jean. She’s able to focus her attacks to avoid those she doesn’t want to accidentally cause harm to. In terms of technique, this moment is one of the most crucial parts of Clare’s development.

In the manga, Clare later masters Flora’s “Wind cutter” technique, which is a more refined and accurate version of the Quicksword. Clare’s natural ability to develop her speed makes her the best warrior to inherit sword techniques that requires agility.

Clare can copy various fighting techniques. Importantly, she copies from Raphaela’s fighting style. Clare is now able to fight using her entire body, through kicks and punches. But Teresa finds this style crude and clumsy.

Clare also later learns how to control Yoki auras. In the Anime, she is able to faintly copy Galatea’s ability, and pull Jean back from her awakened form.

Most of Clare’s fighting styles are copied and inherited from other warriors. This makes her a formidable fighter, in spite of her being the weakest among Claymores. 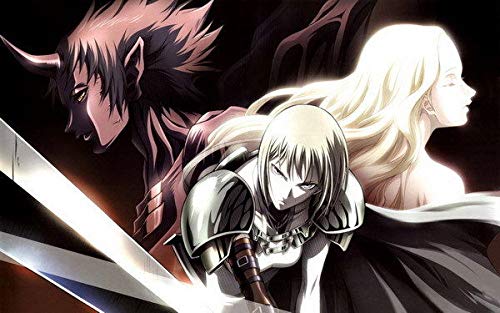 Clare is often impatient. She hates herself for being weak. She struggles to control her own emotions,  times which causes her Yoki power to go on rampage at several points. It’s also the reason she partially awakens in theBattle of the North, where Regaldo overwhelms the 24 Claymores.

According to Ilena, Clare is seemingly someone with a strong mind. This is essential when mastering the Quicksword technique.

However, the training makes Ilena realize that Clare always has a burning fire inside her. This means that her emotions get the best of her, making her unable to fully master the Quicksword.

While Clare is seemingly cold as a warrior, she remains soft to people in need. She has a very strong sense of camaraderie and she values the people around her.

Clare is a very determined person. From the moment she meets Teresa, she never stops pursuing what she wants. She even vows to avenge Teresa, despite knowing she stands no chance against Priscilla. Her determination pushes her to achieve the impossible in spite of her limitations. 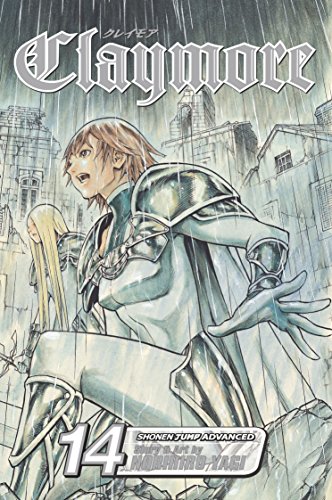 Clare has had a very tough life. A Yoma ate her brother without anyone’s knowledge.

Some Yomas have the ability to read human memory when they consume them. The Yoma uses this to his advantage, in order to disguise himself as Clare’s older brother. One day, the Yoma attacks her family and kills Clare’s parents. Trembling in fear, Clare tries to escape, but the Yoma gets into her. As the Yoma tries to rape Clare, an unknown Claymore kills the Yoma.

Clare is left with no family. This makes her an easy target. Because of this, a Yoma kidnapps, Clare in an attempt to use her as a prop for the Yoma’s disguise. They travel to another village while the Yoma abuses Clare. The constant abuse causes Clare’s emotions to shut down and makes her unable to speak.

For a long time, the mute Clare is carried around by the Yoma disguised as a family member. During this time, many villagers go missing. The village leader decides to hire The Organization to kill the Claymore hiding within the village.

When Teresa arrives to fulfil the mission, she kills all of them, hiding in plain sight. One of those she kills is Clare’s abductor. When the villagers learn that Clare’s supposed family is actually a Yoma, the villagers shun Clare.

Clare sees Teresa as her savior and she wants to be with her. So she persistently follows Teresa, even after all missions are over. In spite of being kicked and pushed away many times by Teresa, who tries to get rid of her, Clare persists. Eventually, Teresa opens up to Clare and takes care of her.  This changes both their lives forever.

It is still very unclear to fans as to why Clare transformed into Teresa, when she awakens in the final battle against Priscilla. This is even more questionable because Clare’s partial awakening is very different from her supposed full awakening.

Many fans suggest that Clare’s awakened form is Teresa, because Clare has a strong admiration for Teresa. It’s stated in the manga that Clare’s transformation of Teresa is only powerful because Clare sees Teresa as a very strong warrior with impossible combat skills.

This is also evident in the manga when Teresa tells Clare in a trance state that the current Teresa is only strong because Clare imagined her to be so. In reality, should Teresa be still alive today, it seems she wouldn’t be as powerful.

On the other hand, it is very questionable if Clare really awakened and transformed into Teresa. Once awakened, Claymores can no longer revert to being human. However, at the end of the manga, Clare reverts to being a human, to be with Raki. This could mean that Clare didn’t actually awaken, but that it’s Teresa who takes over her body, to kill Priscilla.

Even so, there are a few circumstances where warriors awaken but revert to being human. For instance, Jean’s body fully awakens in the episode “The witch’s maw” but her mind remains human. In spite of that, Clare is able to change Jean back to human.

The Twin Project of The Organization is also successfully able to awaken one of the twins, but reverts her back to being a human. This could be a hint at the secret of why Clare becomes Teresa when she fully awakens –should she really have been awakened—and why she is able to revert to being a human.

Clare is a typical shounen manga character that starts from nothing to become a hero. Her strong desire to achieve the impossible, in spite of being weak, makes her very relatable and inspiring to many Otakus. The development of her character is something to behold.