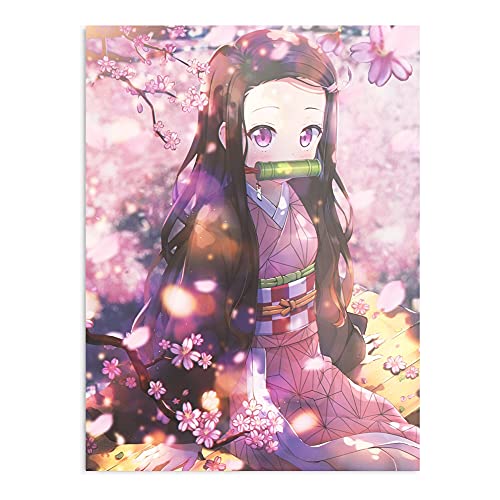 Demon Slayer: Kimetsu No Yaiba has quickly become one of the most popular anime series in recent memory. Part of what makes the show so captivating is its rich cast of characters. Among the many Demon Slayer male characters and female characters in the show, there are a few standout women who have captured the hearts of fans.

Here are 20 of the top female characters from Demon Slayer: Kimetsu No Yaiba, listed from the main characters to the minor characters.

We’ve also down a round up of Demon Waifu from Isekai titles. 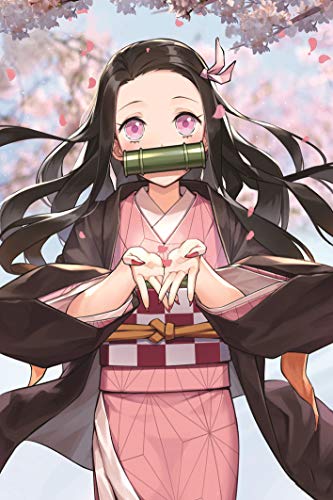 At the top of the list of the 20 top female characters from Demon Slayer is Nezuko, my favorite female character. We’ve written a full post about Nezuko here but, in Demon Slayer: Kimetsu No Yaiba, she serves as the deuteragonist, the second most important character. She and Tanjiro are siblings and became a demon after Muzan Kibutsuji attacked her.

She strikes me as being extremely powerful. She has abnormal growth because she received high quantities of blood from Muzan Kibutsuji. This growth ensures that she does not have to eat humans to survive. She also subdues her enemies by transforming her physical abilities, boosting her regeneration, and using her blood demon art in battles. She can change her body size to that of a child to fit into a basket and enlarge her size when facing more gigantic demons.

I am fascinated by her control of blood when she manages to stop her cut head and limbs from bleeding and regenerate these parts. As she is powerful, her kick and punches are devastating to demons, killing them in some instances! A few of the demons in the upper rank can match her regeneration ability, especially in her awakened state, where she grows arms instantly. One of Nezuko’s weaknesses is wisteria flowers. We’ve written how flowers such as the Red Spider Lily feature in Demon Slayer. She also suffers from sunlight, but this weakness gradually faded away.

If you want to know the full background to Nezuko’s name in Japanese and English we’ve written about that too! 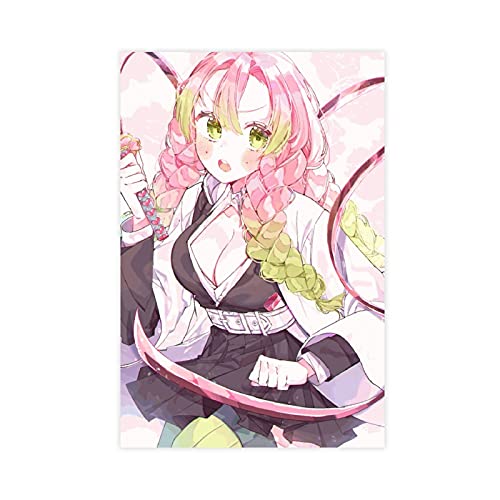 Mitsuri Kanroji is one of five siblings and exuded extraordinary strength as a child. Mitsuri is motivated by Kagaya Ubuyashiki to accept her abnormal gift and agrees to join the Demon Slayers. I am impressed by how she entices demons with her charming and passionate personality and slays them. She also strikes me as warm, caring, and quick to love everyone. Mitsuri is also very flexible, allowing her to perform various moves. She easily defeats Zohakuten with her flexibility and love-breathing techniques. She also has a Nichirin Sword that only she can use due to her flexibility.

Another strength I see in Mitsuri is her quick reflexes. She is fast enough to slay the demons created by UpperRankFive in no time. Her swift reflexes are also evident when she faces off with Zohakuten and manages to evade lightning and sound waves. However, she is not the fastest of her counterparts, and sometimes those waves from Zohakuten hit her. She is abnormally strong, and at the young age of 13 months, a 15 kg rock is no match for her. This strength helps her rip demons apart. Mitsuri has extraordinary stamina, enabling her to last long in battles and kill the demons even after appearing injured and worn out. 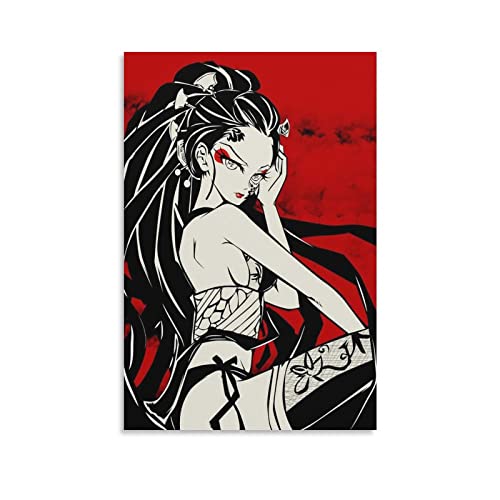 Daki, who we’ve written about here, is another main female character. Daki is a powerful demon whose powers increased after overpowering and eating the seven demon slayers. Her blood demon art allows her to form flowered obi sashes from her body and use them to fight Hashiras.

She is united with the obi sashes she uses to defeat demons, and her powers increase tremendously. She strikes me as faster now and more withstanding. She manages to kill Hashiras with ease with her fast reflexes. Her speed and reflexes increase a lot after receiving the Gyutaro. Her new speed and reflexes solidify her attacks with her brother and overpower the team of Tanjiro, Zenitsu, Inosuke, and the Sound Hashira. She has hyper senses and can communicate her insights with her brother, who even patches one of his eyes onto her forehead. Her obi sashes which relay information, enhance her senses.

In her fight with Nezuko, I notice that she has some weak spots. She gets emotional after Tengen claims that she does not qualify as an upper-rank demon.

She is a supporting villain in the Demon Slayer: Kimetsu no Yaiba. She rises through the ranks from a demon that guides other demons into a fortress to a demon of the upper four ranks in the twelve Kizuki. I see her as having few fighting abilities compared to the previous mentions. She can create and release more eyeballs from her body to gather information from far and wide. This ability helps her to get the location of the Kagaya Ubuyashiki. She is also fast and has quick reflexes to react to attacks. One weakness that I observe in her is that she turns into ashes when exposed to sunlight. 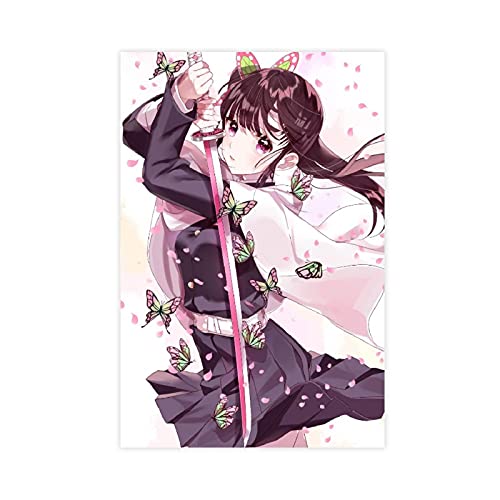 Kanao is a central supporting female character and is a demon slayer. Kanao is the non-biological sister to Shinobu Kocho and Kanae Kocho. Her eagle eyesight and ability to read her opponents’ moves by paying attention to their slight movements baffle me. This ability plays out to her advantage as she is always a step ahead of her opponents. She has the power over her physical functions, as evident during her fight with Doma when she shuts down her lungs to avoid inhaling the cold mist produced by Doma. However, I find her being affected by prolonged use of scarlet spider Lilly eyes as she would become blind. 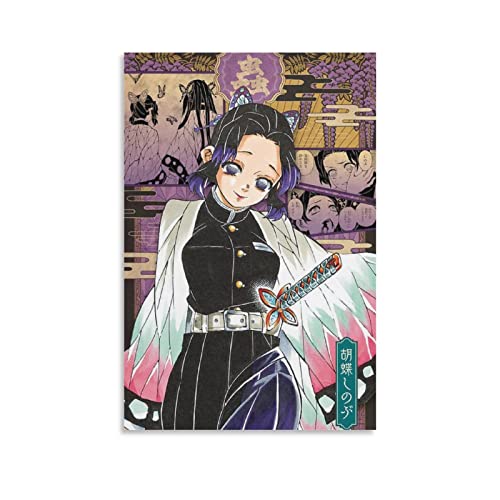 Shinobu is a central female protagonist character in demon slayer and is an insect Hashira who belongs to the Demon Slayer Corps. She amazes me how she easily defeats the sister of the demon of the Spider Clan with her swift movements that make up for her weak body. She is also fast and manages to catch Doma before he can react. Some of the weaknesses I see in her are her short stature and weak body.

Tamayo is a prominent female protagonist in the Demon Slayer and has good ties with the main character, Tanjiro Kamado. She joins the Demon Slayer Corps to manufacture an antidote to weaken and defeat Muzan Kibutsuji. Tamayo is angry at Muzan for lying to her and turning her into a demon. My take on her is that she is a good doctor, as she provides Shinobu with the antidote to a poison. Her saving the life of Yushiro by turning him into a demon sits well with me. The weakness I find in her is that she overthinks. 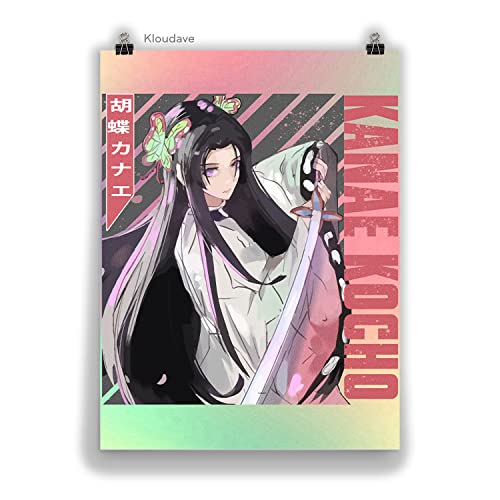 Kanae Kocho is a demon slayer who died years before the story began. She is the biological sister to Shinobu Kocho and the non-biological sister to Kanao Tsuyuri. She shows lots of compassion and a desire to attain her goals. One of her compassionate ideologies that I admire is the peaceful coexistence of demons and humans.

Susumaru is a major demon from the Asakusa Arc that wants to be allied with Muzan. She is astonishingly powerful and can kick and throw with tremendous power. She can also manipulate her flesh to grow four arms when in battles. However, she is vulnerable to sunlight as she reduces to ashes in its presence. She is also affected by wisteria flowers.

Spider Demon (mother) belongs to the spider family. She can easily shapeshift and change her hair color, skin color, and hair length. She changes her appearance completely to resemble Rui and maintains this appearance for an extended time. My favorite aspect of her is how she produces strings from her fingers, attach them to corpses, and uses them to fight while at a far distance. Her small army of spiders that creeps on victims and attach these strings fascinates me.

The Spider Demon (Daughter) belongs to the Spider Family. Just like her mother, she alters her appearance to resemble Rui. She also produces threads that form a cocoon which she uses to manipulate her victims and dissolve them in her acid. 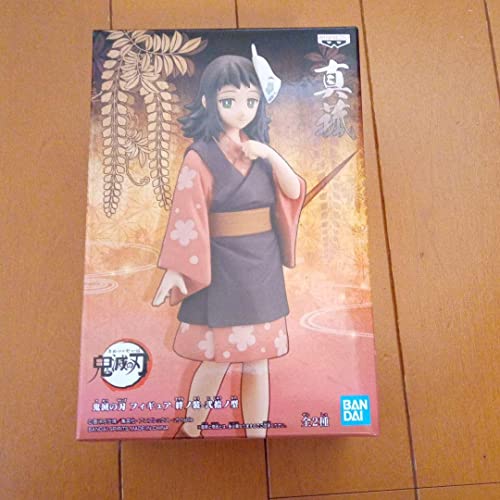 Makomo is a former student of Sakonji Urokodaki. As his student, she learns and masters the water breathing technique, which she later teaches to Tanjiro. Also, one demon remarks at her swiftness after fighting her as she escapes all his attacks.

She is the first wife to Tengen Uzui. My view of her is that she is very unstable and is easily influenced by her co-wives. She is childish for her tendency to rely on others. However, she can wield a kunai, having been a kunoichi throughout her life. Her weakness is that she lacks supernatural abilities.

Makio is another wife to Tengen Uzui and a supporting character. She is quick to anger, but she is very warm and affectionate. She has been a kunoichi and is good at working as a spy. Makio is also a better fighter than most humans and has the skills to wield a kunai. However, she, too, has no supernatural abilities 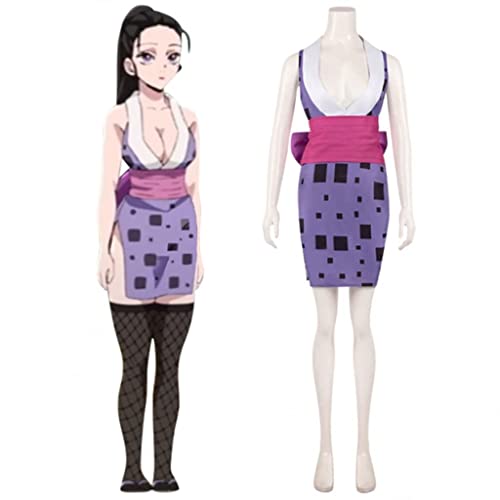 She is the last wife to Tengen Uzui and perhaps the most composed of the three. She grows up as a kunoichi and has the intelligence to maneuver sticky situations. She is also very protective and loving. However, just like her co-wives, she lacks supernatural powers.

Kotoha is a protective and loving mother to her son, Inosuke Hashibira. She takes Inosuke with her as she runs from her abusive husband and joins Doma’s worshippers. Her beauty captivates Doma, who contemplates marrying her. Doma claims that she has a sweet singing voice. However, she has no supernatural abilities since she is human.

Amane Ubuyashiki is the wife of Kagaya Ubuyashiki and has the maiden name Amane Himorogi. She strikes me as an exceptional leader when she assumes the role of the ailing Kagaya as the leader for the Demon Slayer Corps. She leads the demon slayers with different personalities, both men and women. 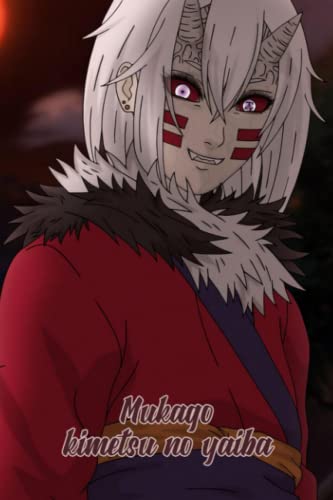 Mukago is a demon of lower rank four in the Twelve Kizuki. Little is known about her, but her rank indicates that she is a strong demon. Mukago has a weak and cowardly personality and avoids facing off with demon slayer corps. Muzan reads Mukago’s thoughts of not wanting to fight the Demon Slayers and her fear. Mukago begs Muzan for mercy, but he proceeds to kill her.

In conclusion, Demon Slayer: Kimetsu no Yaiba has a plethora of strong and inspiring female characters. They are all different in their own ways, but each one is a force to be reckoned with. Some actively fight demons, while others act as spies and care for the injured demon slayers.

Whether they are fighting for what they believe in or just trying to survive, these women are an important part of the story. Hopefully, they will continue to inspire girls and women everywhere to be their best selves.