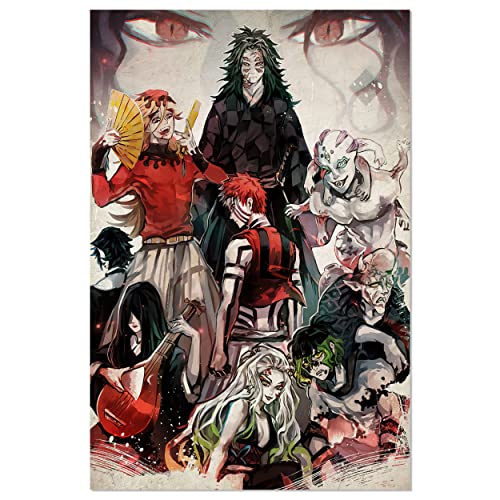 Well, in the case of Tamayo, she was able to get a significant amount of blood directly from Muzan, given that she used to be Muzan’s right hand and lead researcher.

In Nezuko’s case, she has an innate strength to employ the Blood Demon Art technique mainly because of her connection to the Sun Breathing technique and being a descendant of the Kamado bloodline. 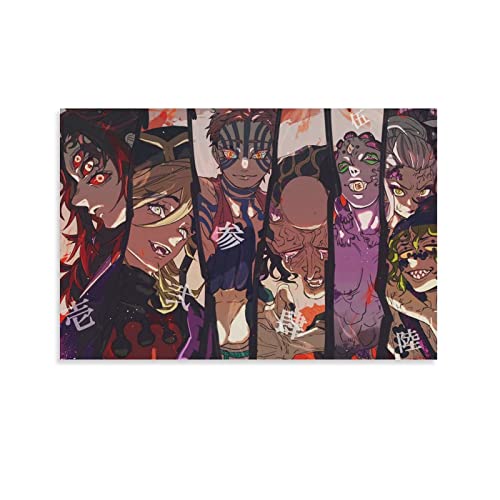 The eye markings can help identify whether a ranked demon is upper-ranked or lower-ranked. And each mark indicates its status in the rank order.

Each ranked demon also has a number kanji on one of its eyes. The kanji used by Muzan to mark upper-ranked demons is based on an old way of writing numbers in legal and financial documents.

The old writing for Japanese numbers is called Daiji (大字). These kanjis are exclusively used by Japanese officials to avoid tampering with documents by adding a stroke which could result in a change in value, such as adding a stroke to the common kanji for the number “one” to turn it into a higher number.

On the other hand, the number kanji used for lower-ranked demons from numbers 1-6 are 一, 二,  三, 四,  五, and 六, respectively, as evident in the eye of the lower-rank 6 Spider demon, Rui, and lower-rank 1, Enmu.

The Upper and Lower-ranked demons

The Twelve Demon Moons or Nijou Kizuki are divided into Upper and Lower-rank Demons.

Both ranked groups are the elite force of Muzan. However, the power gap between the Upper and Lower ranks is significantly great. The gap is great that it takes more than just skills and talent to make it into the Upper-rank.

The Upper and lower ranks are composed of 6 members each, each ranked according to strength.

The members of the Lower-rank are as follows:

After Kyogai was removed from his post as the lower-rank 6, he was replaced by Kamanue. Unfortunately for Kamanue, his ascension was short-lived, as Muzan killed him in the Mugen Train Arc during the meeting of the ranked demons.

Afterward, the ranking kept changing until the Infinity Castle Arc because of the deaths of the ranked demons in the ensuing arcs, especially the upper-ranked ones.

Here are the upper-ranked demons and those were replaced after being killed:

After the death of Daki and Gyutaro in the Entertainment District Arc, Kaigaku is put into the 6th rank of Upper-rank demons. At the same time, Nakime replaced Hantangu after he died along with Gyokko in the Swordmith Village Arc. 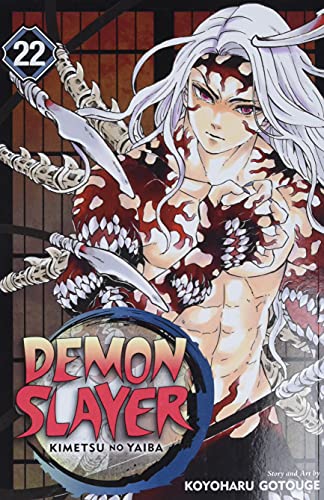 Those who fell off the ranks lose the marking on their eye along with their eye’s iris where the mark is placed. They also lose everything else that comes with being a ranked demon, such as the privilege to meet Muzan regularly, the permission to turn humans into demons, the advantage of receiving Muzan’s blood whenever necessary, and the opportunity to eat more humans indiscriminately.

One of the former ranked demons that tried so hard to get back the rank he lost is the Drum Demon, Ryogai. Unfortunately for him, he met his demise at the hands of Tanjiro in the Tsuzumi Mansion Arc.

The main reason why ranked demons lose their rank is that they failed to execute Muzan’s demand miserably, having little to no significant achievements or by simply angering Muzan.

When a ranked demon angers Muzan or fails to achieve a mission, they are lucky if they only lose their rank. Many ranked demons have perished at the hands of Muzan, simply for failing a mission. Muzan doesn’t tolerate incompetence, and anyone who fails to fulfill his tasks is severely punished.

In the case of Ryogai, he was removed from rank by Muzan because of a major flaw in his power. His skills are limited to his confined space. Outside his confined space, he cannot use his ability to manipulate space by hitting the drums all over his body.