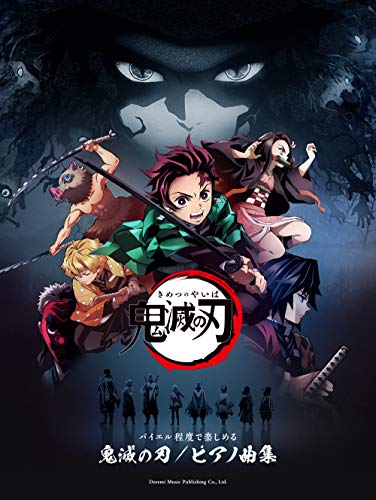 The Japanese title for the anime “Demon Slayer” is Kimetsu no Yaiba and it is written as:

The Kanji for Demon Slayer, as we’ve written about in our look at the meaning of the words Kimetsu no yaiba, literally means “Demon destroying Blade,” “Demon Killing Blade,” and “Blade of Demon Destruction.” Although, the last translation maybe is a little too over the top.

The English translation “Demon Slayer” is a simplified term to encompass everything that Wisteria uses to destroy demons which includes the Breathing technique, the Nichirin sword, as well as the Demon Slayer corps who are trained to kill demons more than anything else.

However, in its translation source –The Japanese kanji—the term 鬼滅の刃 can be taken both literally and figuratively. When interpreted literally, it can refer to the very weapon with unique traits that can kill demons –the Nichirin blade. On the other hand, figuratively, 鬼滅の刃 could mean the very Samurai that hunts demon.

A “blade” in Japanese culture not only refers to the physical object that swordsmen use. It is also used to describe the skill of a Samurai, the Samurai himself, the weapon he uses, his techniques, and the physical and mental characteristics that makes a Samurai strong.  All of which are necessary to be able to destroy an enemy.

The Japanese phrase for Demons Slayer, Kimetsu no Yaiba (鬼滅の刃), is composed of 4 characters, 3 kanjis and 2 lexical words (words with meaning).

Kimetsu (鬼滅), which can be translated as “Demon Killer,” is comprised of two kanjis:

On the other hand, the other kanji in Demon Slayer (Kimetsu no Yaiba), Yaiba (刃), meaning blade, is read as Yaiba. However, the kanji also an On-Yomi /Jin/ (ジン) and Kun-Yomi  /Ha/ (は). When read as /Yaiba/, the kanji often refers to the traditional blades used by warriors such as Samurais and Shogun. When read using its On-Yomi or Kun-Yomi, it often refers to the general type of blade used for cutting.

The Etymology of Yaiba (刃) 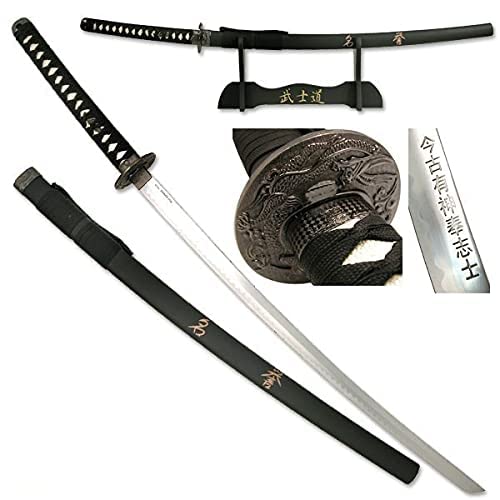 The phonetic transformation of the word Yaiba (刃) is actually quite fascinating. Yaiba originated from the term 焼き刃 (Yakiba) which means tempered blade. 焼き (Yaki) means bake, burn, kiln or forge. Such a word is often found in words relating to cooking such as Yakitori (chicken Skewers), Okonomiyaki (A Japanese version of pizza and pancake, both at the same time), and Yakimono (Pottery).

As time passed by, Yakiba turned into Yaiba and the other characters were dropped to make it a simpler刃 (Yaiba).

The plot of the manga and anime Demon Slayer is a culmination of various references throughout Japanese culture.

According to the author, Koyoharu Gotoge, the concept of the Demon Slayer franchise is inspired by three major anime: Jojo’s Bizarre Adventure, Naruto, and Bleach.

Gatoge took reference to the fighting style of characters in Jojo’s Bizarre Adventure where major characters use breathing styles to defeat demons. So much so that anyone who has seen Jojo would immediately recognize Demon Slayer as a copy of Jojo anime.

The concept taken by Gatoge from the Naruto series is the struggle of the main character being an orphan and his desire to become strong. Both Tanjiro and Naruto had to find their way to the world and learned to make deeper connections with others in order to achieve their goals.  It’s no wonder that many Naruto fans are captivated by the plot of Demon Slayer.

Many Characters are also based on various entities in Japanese Mythology. While the author didn’t directly state all his references to Japanese culture, there are some that are very noticeable. Gotoge has also been very vocal about his inspirations for his characters and art every time he is asked about it.

Some of his obvious references includes Yoriichi Tusgikuni being Amaterasu, Kokushibo as Tsukiyomi, the Spider Demon Family in Mount Natagumo Arc as Tsuchigumo, Kyogai (The drum demon in the Tsuzumi Mansion Arc) as Raijin, and Muzan Kibutsuji as Nurarihyon (the most powerful Yokai in Japanese folklore).