As part of my new life after I first moved to Japan, I wanted to climb some mountains. So I visited one of the most popular spots for hiking near Tokyo, Takao-san. It’s one of the easiest climbs to find near Tokyo. Was it worth it?

Was I Glad I Climbed Mount Takao?

Overall, I would say “Yes”, but it didn’t “blow me away”. I enjoyed the walk, and the views were nice, but reaching the summit felt a little anticlimactic. I think had I gone with a friend, or a group of people, I would have got more out of the experience.

My Experience of Climbing Monte Takao

Getting to Mt. Takao

I went via the Chuo train line.

This runs from Tokyo Station to Shinjuku Station and then towards Takao Station, and makes the mountain very easy to get to.

From Takao Station you can either walk 20 minutes to the mountain’s base or catch a connecting train which will take you a little closer, stopping at Takaosanguchi Station.

You can also catch a train from Shinjuku Station to Takaosanguchi Station on the Keio Line with a short change over.

How long does it take to get fromTokyo to Mount Takao?

It takes between 40-50 minutes from Shinjuku Station to Takao Station, or an extra 15-20 minutes if you’re coming from Tokyo Station.

The base of the mountain isn’t too far from the station, and once there you will notice there are multiple ways to climb up Mount Takao. The easiest option is the cable car. This will take you halfway, but I wanted to do it by foot so I walked.

How long to plan for Mt Takao?

It is best to allow for at least a half day trip to Mt Takao, including getting to and from the mountain. From the base of the mountain to the peak takes around 90 minutes on foot by the easiest trail. If you take the chair lift or cable car, you can do it in around 45 minutes.

I walked up Mt Takao in February and I set out a little before midday.  It still felt quite cold, even though it reached a top of 59F that day. I wasn’t sure how hard the climb would be and I wore jeans with several layers on top. I had a backpack with one bottle of water, a muesli bar and some nuts, in case I needed a break.

I’ll say right now that jeans were a bad idea and it didn’t take me long to realise that. Luckily I could put most of my layers in the backpack, but I really wish I had taken some shorts with me to change into.

There’s a large map at the base with different track options, from the easy, to the hard, to the scenic. This was my first time climbing Mt Takao so I chose Trail #1, the easiest. Trail #1 still has hard sections, and just when you think you are reaching the top you find several more steps to climb in the last stretch, so getting to the very top could be hard, regardless of your skill.

I was initially quite cold walking up as the trees were so tall that I was in the shade. I had bought a hot coffee from a vending machine at the base, and I used this to warm my hands with.

I began to warm up after walking about 20 minutes. The track isn’t too steep but the sun was now coming overhead and I had to stop for water a few times. Luckily the track is quite wide initially, and there are some seating options if you need to rest. It wasn’t long before I got to the first shrine, which also allows for a nice view of the city. About 20 minutes later I got to where the cable car stops and there are shops and restaurants, and an even greater view. I found the best view was an outside seating area on top of the restaurants. At the time the restaurant was closed but their seating area was open so I was able to go up and take photos. There were also lots of vending machines nearby with drinks and ice-cream.

This area was just the middle, and to reach the top I had to walk a further 45 minutes or so. This final stretch had small walkways and lots of stairs. It became a bit more crowded, which made the climb a lot harder. There were more shrines along the way, and lots of statues to take photos off too. I took it slow, and found it quite enjoyable.

At the summit there are more restaurants, vending machines, and of course the view.

One of the biggest selling points of Mt Takao is that you can see Mt Fuji on a clear day. In my case, even though it was a clear day near Mt Takao, I wasn’t able to see Mt Fuji because it was covered in cloud. This was unfortunate and I actually found it quite disappointing. It made the trip feel slightly anti-climactic.

There was a lot of space to walk around or sit at the summit so I wandered around and took my time before deciding I should head back down. There are different tracks down which offer different views, and I was tempted by one that takes you to a waterfall, but I decided to play it safe and go the easy way again.

As I walked down the sun was also going down and the mountain became very cold. Luckily I had brought more than enough clothes. It made me realise how unpredictable the weather can be on a mountain, especially when you spend several hours there.

So Was Mt. Takao worth it?

For me, once I got to the top there was only one thing to do, and that was to go back down again. I still think it was worthwhile for the walk, but I wouldn’t put it on a “must do” list.

I do hope to get back to Takao to climb the mountain again one day, try one of the different tracks to be a bit more adventurous, and hopefully catch a better view of Mt. Fuji.

How toPronounce the Japanese Name Takao

Takao is pronounced Tar-Car-Oh, not Tay-kay-yo like some people seem to pronounce it. 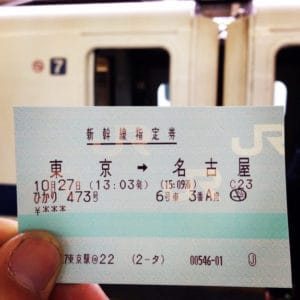 Travelling Japan alone as a male – experiences from my many trips!

I’ve travelled through Japan close to twenty times in my life, many of these as a solo male traveller. So I should have picked up 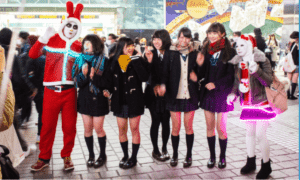 Christmas in Japan: today and through history

Christmas in Japan is a mirror image of the Christmas known in the English-speaking world. Things look very similar, but everything is back-to-front. The most 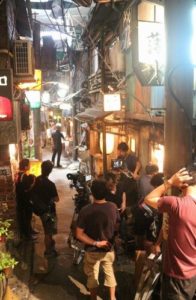 Is there a real Midnight Diner in Tokyo?

Unfortunately, there is no real “Midnight Diner” that exists. The bar/restaurant that Midnight Diner was shot in was constructed in a set made specifically for View from halfway point up Mt. Takao As part of my new life after I first moved to Japan, I wanted to climb some mountains. A gallery of pictures from a trip to the wonderful Kayabuki No Sato in Miyama. Miyama is also known as one of those quintessential “yuki The train trip from Tokyo to Matsumoto is one of the most surprisingly magical experiences I have had. You cruise on the “Wide View” train

James Gaunt is an Australian writer who published his book Making Psyence Fiction in 2020. James previously lived in Tokyo, Japan and has recently returned to Melbourne, Australia. He maintains a keen interest in Japanese music, and publishes regularly on Medium http://medium.com/@jimmyjrg