Oh it feels so good

I feel a cold drop on my back

As the steam falls from the roof

And it feels so cool

Yes it feels so cool

I’m in the north country

Noboribetsu And it’s gonna gonna get you

Yes it feels so good

Who is that singing that

Yagibushi, they make it sound so easy

It sounds so sweet

Yeah it sounds so sweet

Getting my body warm through

Oh it feels so good

Who is that hazy figure

Coming through the white mist

It could be her

Oh it could be her

Hamatsu, maybe there’s someone loves you

But it feels so good

Yes it feels so good

I feel so Japanese

In a low low groan

In a low low groan

Now I’m in the south country

In beppu in my birthday suit

Forgetting me, forgetting you

Interview about the song & Ken Shimura on RRR Radio 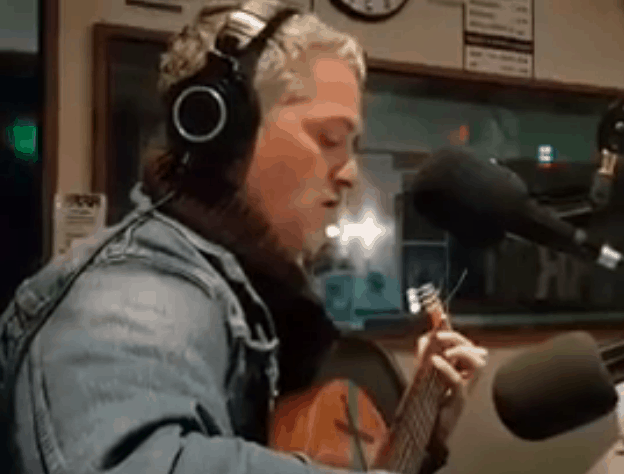 Here’s an interview I did on Melbourne’s RRR radio, Vital Bits Program as part of the Songs In Translation project.

ドリフターズとモンティ・パイソンを比較
The Drifters Versus Monty Python

In the U.K. there was Monty Python. In Japan there was The Drifters. Such was the influence of the comic group in Japan. Both were skit based comic troupes. Both had a music focus as well as a comic focus. Both became long running cultural institutions that continued to create content, off and on, across not years but decades.

How long did they each last? The original Monty Python’s Flying Circus program aired from 1969 – 1974 on the BBC, and The Drifter’s program 8時だョ!全員集合 (hachi ji da yo! Zenin Shugo – Everyone Roll Up, It’s Eight O’Clock) ran from 1969 – 1985 for a whopping sixteen years (with a six month hiatus in 1971) on TBS. Both groups have continued in some form or other up to the present day, with individual members creating programs and content independently before coming back to create together intermittently. That’s more than half a century of parallel comic genius.

Notes about the Drifters

The first thing you should know about the Drifters is that they opened for the Beatles on their 1966 tour of Japan. True, their set went for a total of one minute and 15 seconds, but it still counts. How a comic-music act came to be one of the representative bands of Japan to open for The Beatles is less than intuitive. It was a different time. The line between entertainers of all stripes was more porous than it is now. It was twilight years of the variety show where a singer performs beside a magic act who performs before a dancer who performed someone doing tricks with dogs. The main requirement was that you entertained. If you can do all of the above, all the better.

ビートルズを前座するドリフ
The Drifters opening for the Beatles

In many ways, the Beatles and guitar bands were the ones that changed all that. But the Beatles themselves very much had foot on both stages. This recording of the Beatles playing Tie Me Kangaroo Down Sport with Ralph Harris is evidence of that

The Drifters had been going in some shape or form for nearly ten years by this time, but opening for the Beatles was what really brought them to national prominence. In 1956 two groups, the Mountain Boys and the Tokyo Western Boys joined forces to form the primordial version of The Drifters. They started out as more of a music group than playing for laughs.

Acts in this era often featured something of a revolving door of members coming and going, and the early Drifters was no different. One version of the group included Kyu Sakamoto, who would later have the true Japan-Western cross-over hit of all time with 上を向いて歩こう, strangely marketed under the name Sukiyaki outside of Japan. The song was the first song from a non-European language to top the Billboard Hot 100 charts in the United States.

Early drifters were known for doing music ranging from kayo 歌謡 songs, to Minyo 民謡 traditional folk songs, comic songs and even military songs. There first big hit was Zundoko-Bushi, which is a somehow-potent mix of Japanese pentatonic melody and Pink-Panther style who-done-it-jazz, tells the story of several stages of love from across a man’s life, several of which seem to hint at an overlap between lover-wife-lover. Here’s them performing it in 1970:

The group went on to have several top 10 hits in Japan, but turned more towards comedy as time went on. Each of the individual members would continue to produce music outside of the group for much of their careers.

Ken Shimura was the latest Drifter to join the group at the age of 24. He became well known for doing the festive Higashimurayama Ondo. Anyone who has been to a Bon Odori will recognise the hypnotic, thudding rhythmic style of this one.

Ken Shimura, along with his Drifters companions, was truly a people’s hero in the same way that many members of Monty Python went on to be in the U.K.

Even his death served as a final service to the Japanese people. On the 20th of March 2020 he went to hospital with lung inflammation. On the 23rd of March, it was announced to the world that he had Covid-19. He was dead by the 29th of March.

In a Japan that was seeing steadily rising, but relatively low numbers of Covid infections, Ken Shimura’s death came as a major shock to the Japanese people. Ken Shimura was the funny guy  that three generations of Japanese had grown up with. Now the sickness had taken someone they knew. Now the sickness was real. Ken Shimura’s death represented a major turning point in Japan’s awareness of the coming crisis. On the writing of this article, it is the 8th of April and Japan has just announced a state of emergency. Ken Shimura’s final act was to be the canary in the coal mine of the Japanese psyche.

There’s one credit no Monty Python member has ever had the misfortune to claim.

In the early 60s radio announcer and writer Rokuseke Ei and composer Izumi Taku had  a pretty ambitious, and potentially very fun idea. They would travel all over Japan and write a song about every area. Half a century later, indie-orchestral songwriter Sufjan Stevens would announce to the world he was embarking on a similar project – to write an album for every state in America. The main difference between the two projects was that Sufjan’s motivation to write 50 state albums lasted for two discs, Michigan and Illinois, and that Ei and Taku’s project produced 42 songs, one for each prefecture of the 47 prefectures in Japan, plus a few for good measure.

They weren’t pulling the idea out of nowhere. There is a whole genre of songs in Japan called ご当地ソング (gotochi song), which are songs about different local regions. Of course, writing about your home and the places you know is pretty much a no brainer. Woody Guthrie struck the string in the right place when he urged people to just “write what you see”. And what you see is where you live. Yet, Japan is a place with particularly pronounced differences between towns, areas and regions, for language, food and culture.  You can see how it could easily sustain a whole subsection of popular and folk music devoted to paying homage to the local. America has Homeland Rock, Japan has hometown folk.

Japanese culture also has a penchant for creating series in their arts -think Hokusai’s 36 views of Mount Fuji or Hiroshige’s Fifty-three Stations of the Tōkaidō.

Ii Yu Da Na started out its life as one of these songs. This song featured at the iconic 紅白歌合戦 kohaku uta gasen, song competition, in it’s 19th year.  Other songs from the “Songs of Japan” cycle also appeared at the 17th, 20th and 22nd song competition. That’s quite a feat.

Originally, the song was sung by the Duke Aces.

Later the Drifters took it on, and would close their “Roll Up It’s 8 o’clock” show with a modified version of the song every week. The song infiltrated the lounge rooms of 100 million Japanese, weekly for a decade and half. There’s not many songs that get that kind of opportunity to commune with the masses.

Japan was also producing some very strange and wonderful guitars during this period of history. We’ve written about some of them here.

Yet, for a song that ostensibly focuses on the local, it’s message is simultaneously parochial and universal. The refrain いい湯だな means something like “the hot water feels so good”. There are few people in the world that cannot relate to the simple sensation enjoying the warmth of a hot bath. Indeed, here at Japanoscope, we are big bath people and have given our opinions about how to get a Japanese bath into your home. But the way it is expressed here in song is distinctly Japanese. It is telling that the Japanese language has a word that takes two in English. 湯 yu. The simplicity of the original Japanese presents a problem for translating into English. I chose to relinquish the “hot” part of “hot water” and went with just “the water feels so good”. If you’re in a hot bath exclaiming how great the water feels, hot is probably going to be clear from context.

The most fun and challenging part of translating the language was rhyming the Japanese place names with English. Rhyming two languages feels perverse. In a good way. It’s the linguistic equivalent of getting naughty in the bedroom.

The fact that English has so many fewer syllables than Japanese also gives you opportunity when you translate songs. You can get a lot more information in a shorter time. Which means you’ve got time to play with. In this song, I used this “extra time” to take a few liberties.

I’m in the north country Noboribetsu, And it’s gonna gonna get you

I rhymed betsu with “get you”. I haven’t been romanced by Noboribetsu, but just about every hot spring I’ve been to in Japan hasn’t failed to “get me”.

Getting my body warm through

Threw this one, we had the space so why not?

Hamatsu, maybe there’s someone loves you

“Maybe there’s someone loves” extends out the meaning of the previous verse, which has hinted at seeing a “figure in the white mist” and wondering if it is “that girl”. Who that girl is we don’t know. I’m pretty sure it’s not your mum.

In beppu in my birthday suit

Forgetting me, forgetting you

Okay, so the original doesn’t have a reference to “birthday suit” and I guess I owe the whole region of Beppu an apology for rhyming that one with them. Sometimes these things just come out in the process.

The original doesn’t have the “forgetting me, forgetting you bit” either. But I feel this gives the song a bit more of a story arc of someone that has maybe gone to a bath alone, then seen someone at a bath in the haze, got their hopes up, failed in love, and gone back to the hot bath for solace once again. Hopefully Ei and Taku would approve. 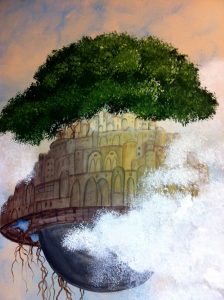 Castle In The Sky Laputa: Analysis and Theme Song Kimi Wo Nosete Translation

I’m Peter Joseph Head. I lived in Japan for four years as a student at Kyoto City University of the Arts and on working holiday, have toured the country six times playing music and speak Japanese (JLPT N1).