It’s a big world of instant noodles out there. One of the main attractions of subscribing to a Japanese Ramen Noodle Subscription Box is being able to more or less systematically work through a large range of the flavors and varieties one at a time. After a few months, you’re going to be an instant ramen connoiser, right? And isn’t that what we all aspire to in life 😉

The catch is that most of these boxes don’t work out as being super cheap – certainly not when you compare them to going down to your local supermarket to grab what ever bargain basement instant noodles will be on the rack there. Even compared to dedicated Asian supermarkets which generally have imported noodles that are bit more pricey than the normal supermarket, Japanese ramen subscription boxes are more expensive again.

But, really, you are paying for convenience. And for access to noodles you probably wouldn’t have access to any other way. And, like I said, the glory of being the local AUTHORITY on Japnese Instant Ramen noodles.

So, in the end, only you can look deep within your own heart, and your own arteries, to decide how dedicated you are to the Way of the Noodle.

As there are many Japanese subscription boxes out there that offer snacks and sweets like Japan Center Pop Culture Snack Box Subscription, Zenpop, Sushi Candy, etc. The Umai crate is kind of different, they want us to try the spicy side of Japan that is Ramen noodles. Every month they include new ramens that are popular in Japan, also they give a culinary item every month and also the recipes translated into English so that we can enjoy Japanese style Ramen in our homes.

What Kind of Japanese Ramen Subscription Boxes are out there?

As you can see from the Japanoscope big list of Japanese subscription boxes, the Japanese box market is dominated by more generalized snack boxes. But there are several options out there that either a dedicated noodle-only subscription box, or include some noodles mixed in with snacks. I’ve listed the options below.

The Umai Crate really is the only Japanese subscription box that focuses on noodles. Each box includes 8-10 Japan-Exclusive food stuffs per month, which are predominently isntant ramen and noodles. They also include “1 Culinary Bonus Item”, such as shichimi spice, dashi stock, Fu, even mayonaise.
This box isn’t just instant noodles and ramen, they also include more serious noodle ingredients. So it’s nice that they include recipe cards, instructions and translations.
Given how much you can pay for noodles and other ingredients outside of Japan, the relatively steep price tag could be worth it, depending on where you live.

Their marketing says that their boxes give you 8-10 meals per month. When you consider that each one of those meals is costing you around $5, it doesn’t sound too bad. But then, whether or not you can call a pack of instant ramen a meal by itself, without adding your own extra vegetables an meat, is debatable.

Still, if you love your Japanese instant ramen, and you conider yourself to be on the “foodie” side of things, this really is the best option.

Not to be confused with the “Umai Box”, which is a totally unrelated box (umai means “tasty”).Price: $49.95/mo. + Free Shipping Worldwide

The Zenpop Ramen box has “7 full-sized premium authentic instant ramen from Japan” for around $35 per box, when you include shipping. So that works out to around $5 USD per serving, which is certainly not cheap when you compare the price of getting these instant ramen with what you would pay for the same thing from the shelf in Japan.

But then the whole point of these subscriptions is that you are probably not in Japan.

That being said, if you live in or around a city, there are probably different types of instant ramen that you can either get from an Asian grocer or a supermarket. So it really depends on whether you like the Japanese ramen they offer that much more than what you would get from the store.

Zenpop also puts some non ramen-style noodles in their boxes, such as udon, soba and yakisoba – so that is a potential drawcard too.

Here’s an example of a cup of shiso (which is also called “Beefsteak herb”!) and wakame seaweed flavored soba noodles from a Zenpop box that you would be fairly hard-pressed to find anywhere else in the world!

Zenpop also offers a mixed snacks & Instant noodles box of 2-3 instant noodles plus 6-8 Japanese candies, snacks, and treats for $27 that looks something like this:

Personally, I like the idea of getting a mix of noodles and snacks together. But with 8 – 11 items being included in each box for $27 (or around $2.70 per item) I don’t feel like this box is the best value for money. By way of comparison, Tokyo Treat gives you 15-20 items at around $1.85 per item.

The sweets box includes popular items like KitKat or Pocky Candy and favorite Japanese standards. They include easy-on-the-foreigner-palette chocolates, cookies, and the odd “wagashi” traditional sweat to mix things up. They also include some savory items.

Zenpop offers the following boxes in their range:

Zenpop also includes limited edition, regional, and/or seasonal products – which is something you are probably going to want if you are getting boxes regularly over time.

What has been included in previous months of Zenpop Japanese Instant Noodle Subscription Boxes?

What has been included in previous months of Zenpop Noodle & Snacks Mixed Subscription Boxes? 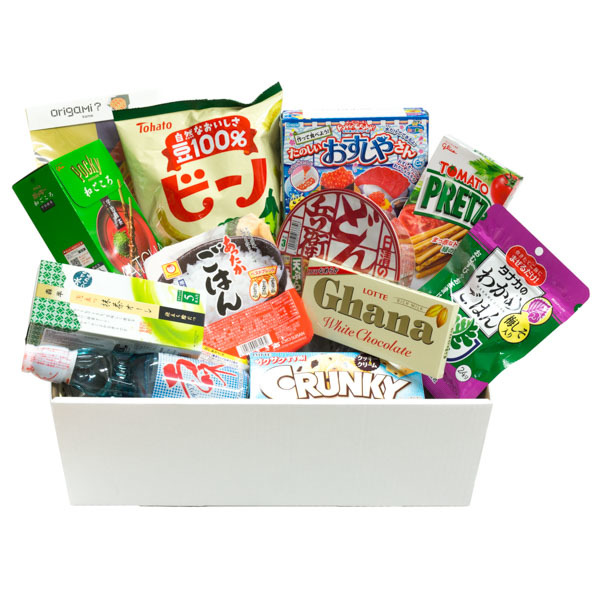 Everything about the name of this one is confusing. Surely it should be the Japan Pop Culture Centre Box?
It’s actually a box put together by the “Japan Centre”. But it’s actually really a snack box rather than a “pop culture box”.
They offer 2 types of subscription boxes. First one is the standard box which includes 7 to 10 snacks and the second subscription box is the premium box which includes 11 to 16 items, a drink and an instant noodle.

So this is clearly the least “noodle-centric” box on the list.

Japan Centre is not solely focused on subscription boxes, but offers them as part of a larger suite of products and services. They don’t put a lot of effort into actually telling what you put into each box, so it is a bit of a lucky dip.

So Which Japanese Ramen Subscription Box should you get?

Personally, I think the Zenpop ramen box is the best value for money. If you want more noodles, and are interested in the extra Japanese food items like spices etc. they put in, the Umai Crate is not bad either, but pretty pricey.

Which brings me back to thinking about whether these boxes are good value in general.

Generally, I think these boxes can make sense if you live in a place where it is hard to get asian food items from local stores. If you live in a place where their are asian grocery stores or supermarkets, I generally find they have a pretty wide selection of exotic instant ramen to choose from. Even more Chinese, or Korean focused shops tend to have at least a few Japanese ramen noodle products. And the noodles from other Asian countries are interesting in their own right!

But if you really are dedicated to Japanese ramen in particular, or you don’t live in a place where you have access to these sort of instant noodles, then these boxes make sense.

Only you can decide where you are in your journey in the Way of the Noodle.