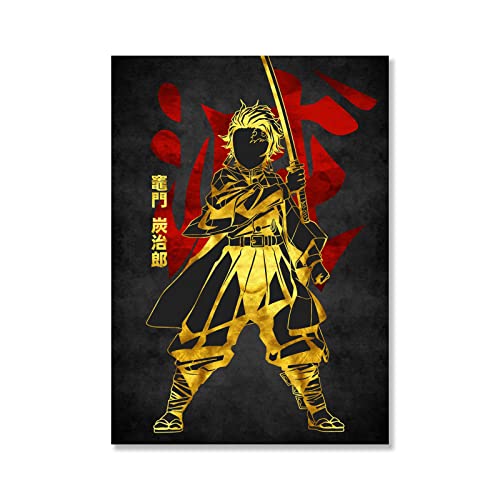 Do (門) means a gate, door or entrance.

So Kamado gives us a sense of a family that is associated with ovens or furnaces.

What is the meaning of the name Kamado in the Japanese language? 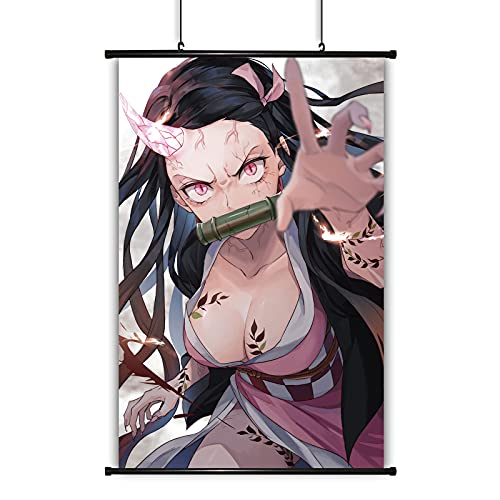 The name 竈門 (Kamado) in the Demon Slayer came from the old Japanese cooking stove that uses wood and charcoal for fire. It serves as a furnace and a fireplace for most households in ancient Japan. All kitchens in ancient Japan used to have Kamados.

A Kamado usually is made of clay, forming a dome with an opening in the front where the wood or charcoal is thrown in. The top of the dome also has an opening just enough to place a wok or a pot for cooking.

The Kamado in Japanese is composed of two kanjis: 竈 (Kama) and 門 (to). 竈 has an On-Yomi (Chinese way of reading) /Sou/ and Kun-Yomi (Japanese way of reading) /Kama-do/ or /Hettsui/. 竈 (Kama) has a dictionary meaning stove, furnace, and Kilin.  門 (to), on the other hand, has On-Yomi /mon/ and Kun-Yomi /Kado/ and /to/. Its dictionary meaning is gate.

Why did Demon Slayer’s author choose the name kamado? 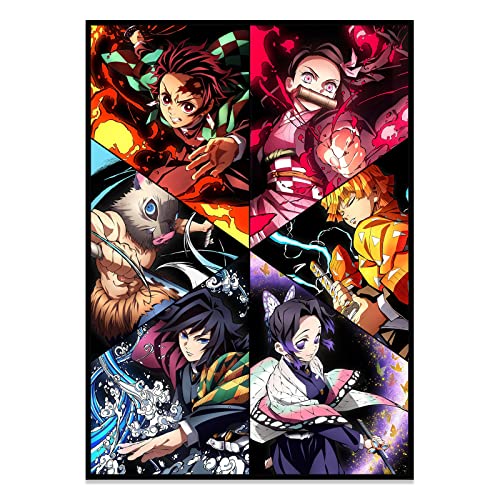 In my opinion, the author intentionally used Kamado as the last name for two reasons.

The first reason is that Tanjiro is the keeper of the ultimate demon slaying technique of Sun Breathing.

Kamado and the family coal-selling business

The second reason for using “Kamado” is the family business of the Kamados, which is making charcoal out of wood.

Other resonances to the name Kamado

The author of Demon Slayer is also from Fukuoka, where “the Kamado shrine” is located. The shrine is probably where the author got the inspiration for the character of Tanjiro Kamado. The Kamado shrine is next to the “Homanzan”, or Mt. Homan, where the people of the Shigundo religion train themselves.

The relationship of “Kamado” to the green and black chequered pattern

The green and black chequered pattern is what the people of the Shigundo religion –called Shigunsha—wear in their religious practices and training for asceticism.

The Kamado lineage and Sun Breathing 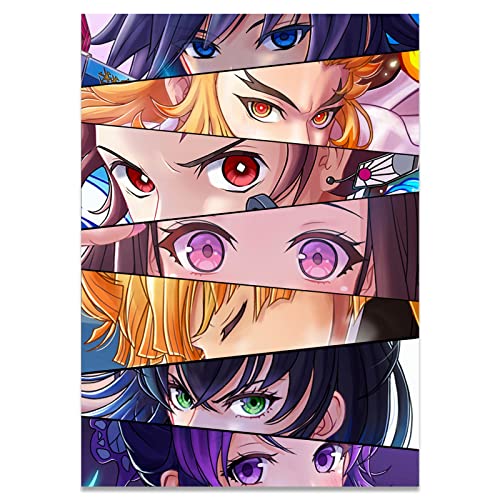 In the Demon Slayer universe, the Kamado lineage is the only family that inherited the original and the most powerful sword technique that can kill the progenitor of Demons, Muzan Kibutsuji.

Unfortunately, the creator of the Sun Breathing technique wasn’t able to pass down his demon-slaying sword technique before he passed away around the age of 85.

At one glance, the Kamado patriarch was able to grasp the technique and recreated it as a dance called “Dance of the Fire God” or Hinokami Kagura. Since then, the traditional dance has been passed on to several generations of Kamados to pay tribute to the Fire God that keeps the family warm, especially during winter.

The Kamado patriarch who created the “Dance of the Fire God” never passed on the information that the said dance is actually the Sun Breathing Style of the most powerful demon slayer that ever existed. However, he did pass on the pair of Hanafuda earrings as a memento from an old friend and the original Sun Breathing Style swordsman, Yoriichi Tsugikuni.

It’s the only clue about the relationship between the Kamado family, the Sun Breathing Style, and the demon slayer, Yoriichi Tsugikuni. Later, Tanjiro discovers the connection as he becomes one of the demon slayers who can kill the source of all demons, Muzan Kibutsuji. 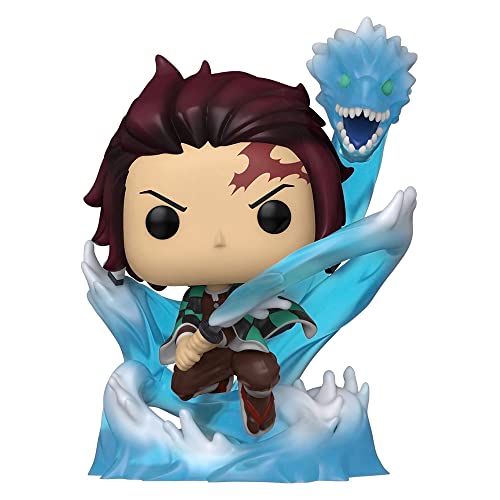 You can see the cooking theme also in Tanjiro’s 炭治郎 name. This name literally translates as “second son of coal”.

This “first son”, “second son” format is common in Japanese boys & men’s names in the form of “Ichiro” (perhaps most famously in the name of the American major league baseball player), “Jiro”, “Sanjiro” etc. 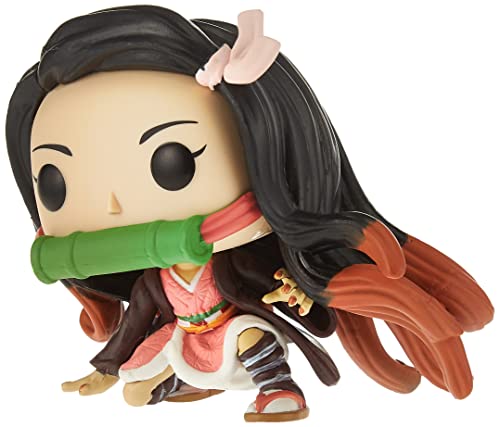 We’ve previously gone into Nezuko’s name in detail, but the upshot is that her name means something like “Death-shrine, cleansing talisman, child”. In this way her fate in the series is shown in her name. 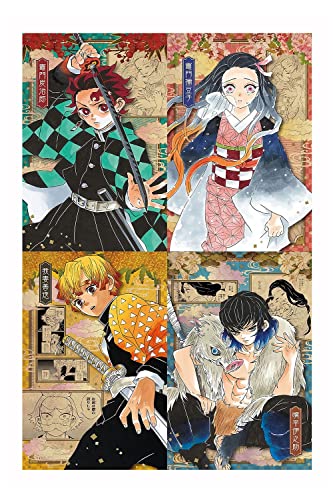 The Kamados are a poor family living in the mountain area. They rely on making charcoal as a means to make a living. This has been their family business for many generations and the continuing generations. While they live far from other people and only have enough to survive, all the Kamados generations have been living peacefully on their own.

One day a Kamado patriarch named Sumiyoshi was attacked by a demon in the forest but is saved by Yoriichi. Both Sumiyoshi and Yoriichi become good friends, in spite of having not spent a lot of time together.

Yoriichi is exiled from the Demon Slayer Corps when his twin brother turns into a demon, and he visits Sumiyoshi and his family.

Yoriichi tells the story of his life to Sumiyoshi. He tells of a demon who kills his wife and young child, how he became a demon slayer, what happened to his twin brother, and the time he was exiled from Wisteria.

Sumiyoshi is stunned by what he learns. He can’t do anything but cry for Yoriichi.

Sumiyoshi’s young daughter consoles Yoriichi; Yoriichi can’t hold his tears back. Sumiyoshi’s wife also comes to support Yoriichi. She gives him food to make him feel better, but Sumiyoshi’s daughter is still in tears for Yoriichi.

To make her feel better, Yoriichi performs all the forms of the Sun Breathing technique in front of the Kamado family. Sumiyoshi stares in amazement and tries to memorize all the ” dance ” movements, including the nuances of breathing.

After Yoriichi performs, he returns to sit next to Sumiyoshi and gives Sumiyoshi his pair of Hanafuda earrings as a token of their friendship. ASumiyoshi realizes that it will be the last time he will ever see Yoriichi.

As Yoriichi begins to take his leave, Sumiyoshi tells Yoriichito never to think that he has never accomplished anything. He also promises Yoriichi that he will continue Yoriichi’s legacy.

Yoriichi thanks Sumiyoshi and eventually vanishes.