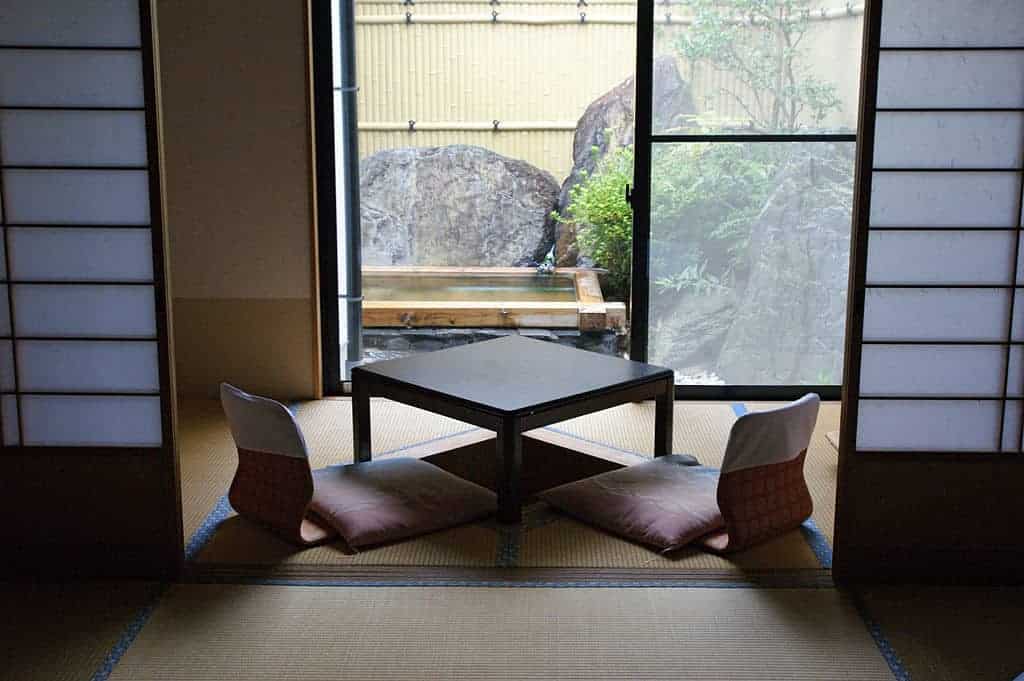 So maybe you love Kotatsu but you don’t want to fork out for a whole ready made set up. Maybe you like DIY projects. Or perhaps you already have a Kotatsu but the heater has stopped working. Rather than buy the whole thing all over again, you may be thinking it’s better just to change over the heater.

A traditional kotatsu has some pluses and minuses versus the other heater unit options out there.

How To Make Your Own Kotatsu

Well, you can always just grab a Kotatsu heater and attach it to the frame of a table and put a piece of wood on top.

A uniquely designed single person Kotatsu heater that you can slip under and blanket for an instant, simple Kotatsu experience.

Another easy way to make your own Kotatsu is to use any kind of table that has a shelf built into it underneath. You can take off the shelf part and swap to using it as a table top, with a blanket or futon sandwiched beneath it and the original table top. The most popular choice for this is the Ikea Lack, because it has short legs, a shelf that can easily be put on top of the table top, and is readily available from a range of locations.

You can see instructions on this here.

This is probably the most popular used for doing an easy Kotatsu conversion.

How To Change Over A Kotatsu Heater

Since the year 2000, Kotatsu heater sizes have largely been standardised at 29 x 29cm. Some Kotatsu frames are 33x33cm, but most heaters will come with a space filler so that you can still fit your 29x29cm heater.

From there it’s really just a matter of unscrewing a couple of screws on each side of the heater and slotting in the new one. For most Kotatsu, the whole procedure shouldn’t take you longer than around 10 minutes.

This site has more information in Japanese that you can hit translate on if you want.

How To Choose A Kotatsu Heater

In addition to making sure your Kotatsu heater is the right size to fit your table frame, you also need to make sure that the heat the heater emits matches the general size of your Kotatsu set. Generally speaking, kotatsu sizes don’t vary so significantly that you need to worry about it too much.

The other thing to look out for is how thick the unit is. Obviously, the thicker it is, the more it sticks out under the table and the more annoying it will be. So thinner is better. Sizes range from 4cm (1.5 inches) on the slim side to about 7-8cm (around 3 inches) for thicker kotatsu heaters.

Wattage is related to sizes. Wattages are most commonly around the 600w mark, which is generally sufficient for most Kotatsu.

Be aware there are some smaller Kotatsu Heater units that are made specifically for single person Kotatsu applications that are as low as 100w. These are not going to be warm enough for a family size Kotatsu.

One advantage of lower wattage Kotatsu heaters is that you can leave them running for a long time, perhaps coming and going from the kotatsu, and not have to worry too much about power costs. Some people also say they have greater peace of mind by using a lower wattage kotatsu heater because they worry less about the worry of fires.

Of course the best way to get the best of both worlds is to have a Kotatsu with an adjustable heat dial, which most modern units have.

Both Quartz and Halogen are good options for Kotatsu heaters. Generally speaking, halogen heaters are more energy efficient and longer lasting than Quartz. If you want to read about the details of the difference between quartz and halogen check out this article.

Do kotatsu heater casings get hot enough to burn?

Kotatsu heaters are specifically designed to not get so hot that they will burn. Make sure you get a heater that is specifically made for a Kotatsu.

That being said, it is possible to sustain a low level temperature burn if you leave your body on a heated surface for extended periods of time.

Is a kotatsu a fire hazard?

Kotatsu do not represent a significant fire hazard if used correctly. Modern Kotatsu generally have automatic temperature adjustment functionality. In 2017, there were four reports from the Tokyo Fire Department of fires linked to the use of Kotatsu.

There have been cases where incorrect use of Kotatus has led to fires. These are often associated with different items being pushed inside the Kotatus cavity, such as laundry or flammable items that can ignite if in contact with the heating apparatus too long.

The top things to be aware of when using a Kotatsu from a safety perspective are:

(1) Keep cushions and clothes out of the kotatsu

(4) Prevent dust from accumulating on the heater of the electric kotatsu, which can build up and become flammable over time

(5) Turn off the power when not using the kotatsu

As with any kind of heating, using a kotatsu demands a level of awareness.

Can you burn yourself on a kotatsu?

It is possible to sustain low temperature burns from long contact with a kotatsu heating apparatus.

Low-temperature burns tend to cause burns that run deeply into the skin. Legs, ankles, and heels are particularly susceptible to low-temperature burns as these areas of the body do not perceive pain as acutely as others and often have poor blood circulation.

This means people should take care in spending too long in a Kotatsu, such as sleeping for long periods of time.

Do you need a Power Converter for a Kotatsu heater?

It is possible to use a 100v Japanese Kotatsu in the U.S. which has 120v power, but it is not recommended. This is because the device will tend to overheat if you turn it up higher than its lowest operating levels. Some people do it, but you need to balance up the  slight inconvenience of using a power converter with the risk you are taking of using a device with a power source it was not designed for.

What converter would you use for a kotatsu heater

Voltage in Japan is 100v, so if you buy a Japanese made Kotatsu you would need a power converter or transformer to convert to 120v for North America, 230v for Central Europe or 240v for Australia.

So if you need to change over you Kotatsu Heater, or want to make your own. Don’t fret, it’s not so hard. Grab any of the heaters above and give it a burl.

I’m Peter Joseph Head. I lived in Japan for four years as a student at Kyoto City University of the Arts doing a Masters Degree, have toured the country six times playing music and speak Japanese (JLPT N1). I’ve written songs in Japanese and have released several albums through Tokyo label Majikick Records.