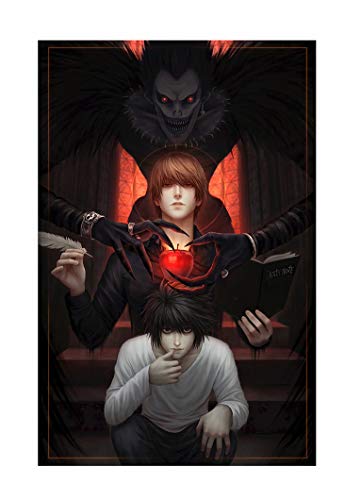 So you want to be L from Death Note?

Oh, and did I mention his near-invincible intellect?

Well, if it is probably not going to be possible for you to replicate his chess master-like mind, or even his ability to constantly snack on sweets and remain slim, how can you get close and achieve some kind of a Death Note L cosplay approximation?

The good news is that L is a relatively easy anime character to recreate with fairly minimal clobber. That being said, the more minimal the costume, the more that each individual accent counts. So, you know, no pressure.

Let’s take a look at some of those who have gone before you to brave the wrath of the shinigami to create the L-Look.

How To Do Death Note L Cosplay

He doesn’t really seem to brush hair, but achieves an effortlessly trendy anime-mop, wears a plain white shirt, doesn’t bother with shoes, and gets around with what appears to be plain tracksuit pants on the bottom.

So to achieve a good approximation of L there are really just a few key elements to concentrate on. These are:

So if you have enough hair, with the right color & consistency you could possibly aim at achieving a Death Note L comb-over with the help of a lot of hair spray.

But, realistically, what are the chances of that?

You are probably going to need a wig.

You need to be a bit careful about which one you get and how you shape it. I’ve seen a lot of examples of people doing Death Note L cosplay and not getting the hair right. Often they get a wig that is long but hangs down more than to the side. You want to find a wig that has a tustled look, and one with enough body to it that you can further coax to stick out at angles to the side.

So starting with a wig that is already vaguely shaped that way is crucial.

With so few elements going to make up the L outfit, each individual one becomes more important. 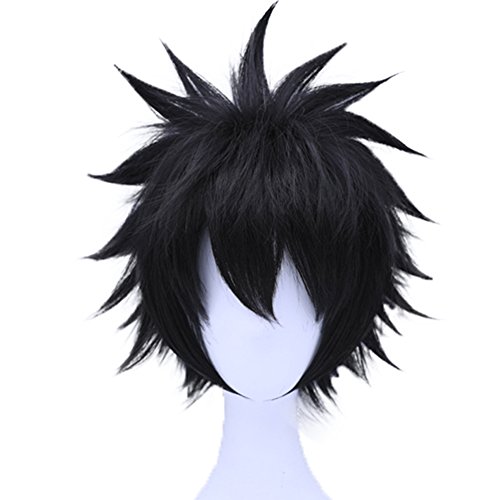 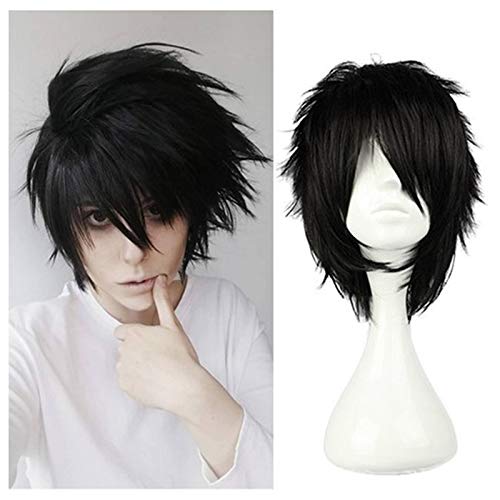 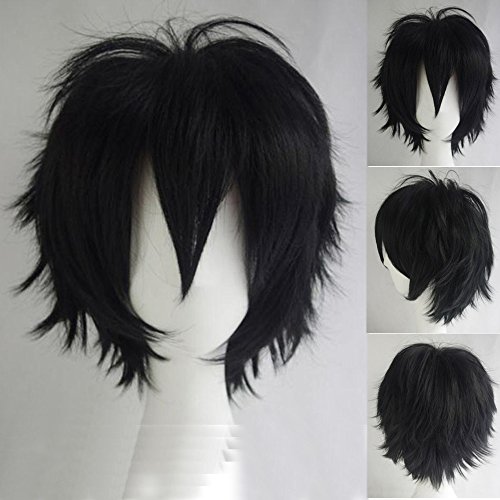 L isn’t one for changing wardrobe a lot. He’s one of those “find some clothes you like and wear that everyday” kind of people.

As someone who seems to be into finding intelligence boosting hacks, think of L quotes like “I get 40% better brain power when I squat down”, it makes sense for L to try and not expend any extra energy in thinking about what he is going to wear everyday!

The main thing to be careful of when getting an L style white shirt is that you need to get something baggy! So it’s best to get a shirt a size or two larger than what you would usually get.

You also want to prefer a shirt that doesn’t have elastic in the wrist or tapering.

L likes his shirts really hanging off him! 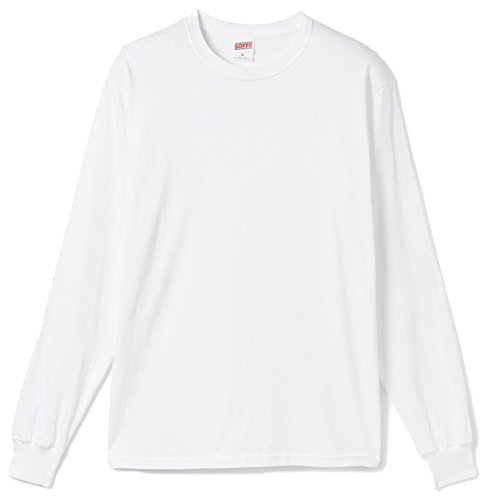 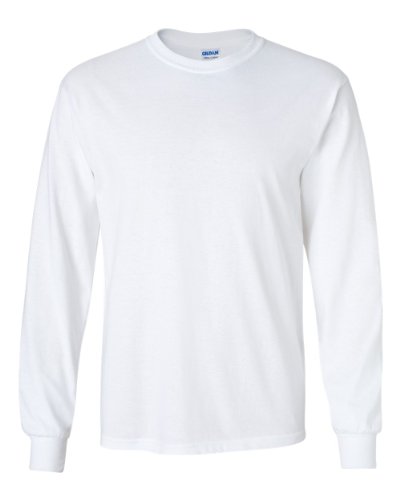 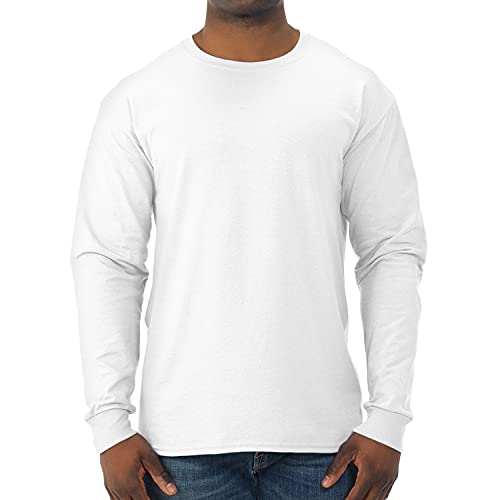 Likewise with the shirts, you want to get pants that are actually a little bit too big for you so that they look good and baggy.

Too this end, getting some tracksuit pants with a drawstring is helpful so that your pants don’t drop down!

Jeans can work too. It’s actually not totally clear from the manga/anime exactly what kind of blue trousers he is waring.

If you do go with jeans, you want them to be a fairly dark blue and be in good repair. Ripped jeans or extensive white thread-bare regions are going to detract from the effect. 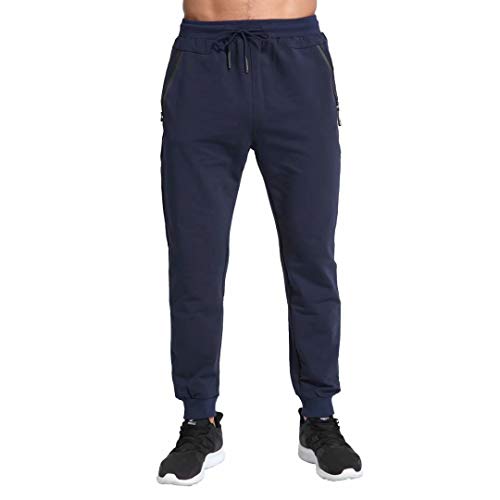 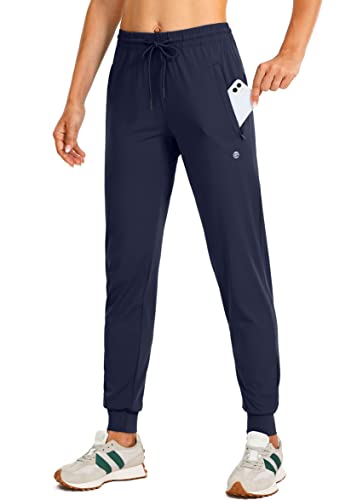 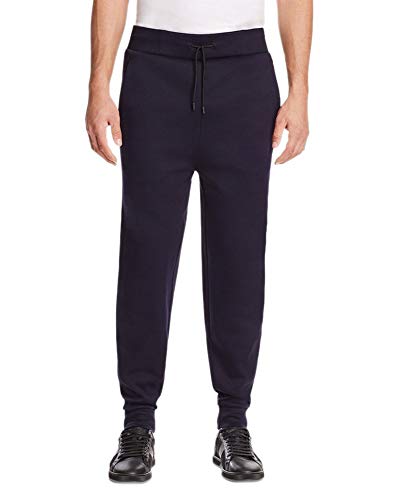 4. What else can you add to your Death Note L outfit?

Overall, L is a pretty minimal kind of guy.

He is into his sweets, so you could carry around a false cake like this one: 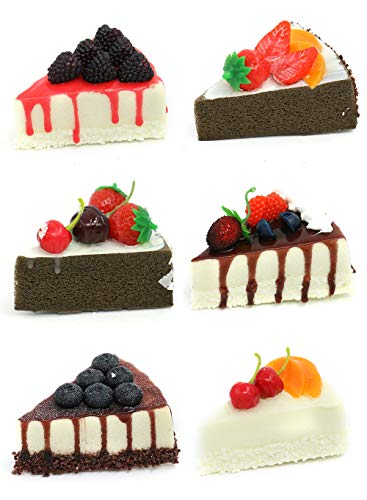 This will give you an excuse to do plenty of L-style licking your fingers etc.!

If you really want to hammer home the fact that you are in Death Note cosplay, getting a Death Notebook of some kind is pretty much obligatory. 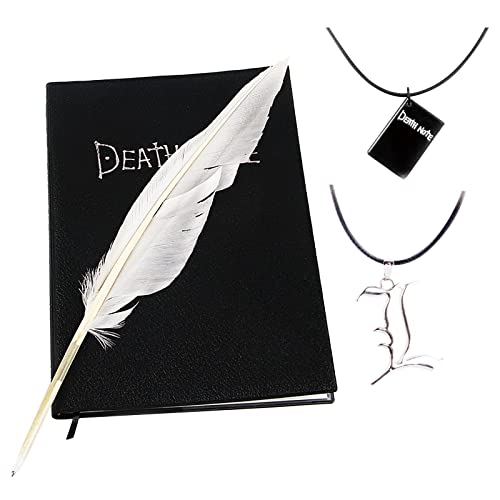 What are the best Death Note cosplays on the internet?

The best Death Note cosplayers show a bit of personal flair, and they’re able to capture the essence of the show and its iconic characters.

From an imaginative Light Yagami outfit to a beautiful Misa Amane costume, the best outfits beautifully transform the wearer into one of the most beloved anime heroes or villains, while retaining something of the wearer’s personality. These costumes help fans feel like they can live in this world, and they allow cosplayers to explore their own personality while looking their absolute best!

Why would someone want to cosplay as L?

First and foremost, L is popular for his intelligence.

Probably the 2nd most popular choice for people to dress up as from Death Note is Misa Amane cosplay. But you, um, kind of get the sense that it isn’t Misa’s intellect that makes her such a popular choice…

His IQ coupled with his enigmatic personality are what make him stand out and become a truly interesting character.

L is complicated and complex and takes the form of an eccentric and oddball “detective” – so he’s good for those with a latent police urge too.

People’s motivation to cosplay as L from Death note can range from wanting to play a complex and eccentric character for social media to having a fun, but dark, and memorable costume for a convention.

Death Note L cosplay is also popular for its simple design and ease of assembly. The costume can be easily assembled by shopping at local thrift stores or purchasing the necessary clothing pieces from Amazon.com.

Hopefully, this article has given you some ideas and starting points.

Oh, and don’t forget to squat down and bite your thumb as much as possible to achieve the full L effect!

Check here if you are interested in seeing a list of our favorite L quotes from Death Note, if you’re seeking a little anime life wisdom.