Today we translate an article from the Shukan Bunshun that outlines how Hana Kimura’s mother, Kyoko Kimura, is petitioning Japan’s broadcasting watchdog to examine how the show Terrace House was set up in a way that ultimately led to Hana’s demise.

As outlined in the Weekly Bunshun magazine, Kyoko (43), the mother of Hana Kimura who took her own life at the age of 22, lodged a request with the Broadcast Ethics and Program Improvement authority on the 15th of July to examine whether human rights infringements had occurred in Fuji Television’s Terrace House broadcasts.

The cause of the suicide is the “Costume incident” that aired on the 31st of March on the 38th episode of the Netflix program. In the episode, Hana is seen to strike the hat off one of her housemates, leading Hana Kimura’s social media accounts to be flooded with abusive comments. Paying no heed to the desperate mental state that led to Kimura’s failed suicide attempt  on the day of the broadcast, Fuji Television released 3 videos on youtube on the 14th of May featuring unreleased footage continuing the “costume incident” theme and then put to air a larger program on the 23rd of May. Five days later, Kimura took her own life.

In coverage by the Shukan Bunshun magazine, Kyoko Kimura stated that production staff had instructed Hana to “go ahead and give him a slap”. This statement is backed up by numerous messages in the Line app on Hana’s phone. Further, the house mate Kai Kobayashi who had his hat struck off has made clear that he received an apology from Hana saying “I never wanted to hit your hat off. I was made to do it by production staff.” and that “fake” scenes had become the norm on the show.

According to one lawyer well acquainted with matters of Power Harassment and defamation, Oshiro Satoru

While creating an appearance of housemates freely going about their lives unscripted, we can say there was a compelling structure of domination controlling participants by holding the possibility of a large scale compensation claim over them, amounting to a modern “contract of slavery”. The terms set out relating to performance from the production staff stole the participants right to self determination as set out in clause 13 of the Constitution. In being presented as a violent villain, Kimura’s true character was entwined with a false image in the eyes of the viewer, leading to a social media explosion. In this way, we can say that the broadcast was in violation of Kimura’s personal rights. The BPO should consider not just the ethical implications of whether or not there was false staging, but also whether there was a violation of human rights.

In a statement on the third of July, Fuji television’s president said “we have not used any compulsion”, “ We have made no instructions to make people change their emotional expression”, “we shot and broadcast in full consultation with Hana”. He further said that the company was conducting an internal investigation, and the results would, in consideration of the feelings of family members,  be released to the public.

Holding suspicions regarding the veracity of these explanations, Kyoko Kimura lodged a statement with the BPO Committee on Broadcast Human Rights on the 15th of July, and told the Shukan Bunshun,”What we have understood from the statements of Hana and her fellow performers is that Fuji Television did not treat Hana as a human being. The Fuji camp is trying to make it out as if the production team and Hana were on a level footing. This is the logic of bullying and power-based harassment. In order for this tragedy to never ever repeat, I want Fuji to properly face up to the death of Hana.

Japanese Pod 101 Review – Hands on and In Depth The 3 biggest things to think about when buying Matchstick blinds. What are the best materials for bamboo blinds or Japanese shades. What are sudare, misu and yoshizu?

Imjin River by the Folk Crusaders In Japanese and English What’s in my Japanese learning toolbox. Using these resources helped me pass the N1 level of the Japanese Language Proficiency Test.

Hana Kimura, Her Mother’s Petition and The Rigging of Terrace House

we translate an article from the Shukan Bunshun that outlines how Hana Kimura’s mother, Kyoko Kimura, is petitioning Japan’s broadcasting watchdog to examine how the show Terrace House was set up in a way that ultimately led to Hana’s demise. 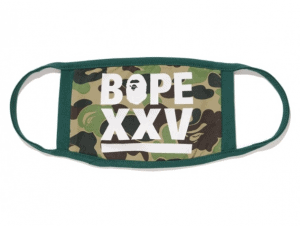 If you are in the market for a Bape mask, but don’t want to spend an arm and a leg to pimp out your face.