First let me give you a short background to the song.

In the late 1960s Western countries weren’t the only ones protesting. There was strong resistance to the Vietnam War in Japan also. A lot of American folk musicians travelled to Japan including Joan Baez, Pete Seeger and Harry Belafonte. Japan experienced its own golden age of American folk influenced music, with its own distinct flavour. Dylan’s music was huge, but he didn’t get to the country until 1978, when he played the famous budokan hall with a capacity of 10,000 people and sold it out for a record breaking (for foreign artists) eight nights.

One of the central native folk musicians was Wataru Takada. I first heard Wataru when I went to see him play live in Kyoto in 2004, shortly before his death in 2005. He left a big impression, not least by falling asleep half way through his set – which was not uncommon in his later years. Although he was only 56 when he passed away, he looked like a man who’s life had not left him much fuel in the tank.

Born in gifu, mother died at 8, father took him to Tokyo without a plan, they lived in a series of unstable situations, including charity housing. His father died by the time he was in middle school.

He was introduced to American folk music in the mid 60s  and was soon so devoted to the music that he had his English teacher write a letter to Pete Seeger saying he wanted to learn from him. A reply from Pete came a couple of months later giving him some word of general encouragement:

Thank youfor your long letters ー I’m sorry that my answer must be so brief.

1) You can learn most from me by my writings in Sing Out magazine, and other Oak Publicaitions ー song book, etc, and from my recordings.

2) But you can learn more from you own neighbors and friends and from your own successes and failures in your activities.

3) When you learn English, I would be glad to hear from you again.

4)  Meanwhile, learn to make such good music that people will ask to hear you again and again.

PS – I’m sorry that I cannot write in Japanese.

When Pete toured to Japan a year later, he gave the young Wataru Takada a front row ticket to his show.

In 1968 he took part in the Kansai Folk Camp in Kyoto, and he moved there the next year to be part of what had become the main folk movement in Japan. He became a central part of the scene along with figures such as Tomoya Takaishi and Nobuyasu Okabayashi. He later returned to Tokyo and again became a major force in the folk scene that would come to be known as Kichijyoji-ha Folk 吉祥寺派フォーク.

Origins of the song

The song 自衛隊に入ろう Jieitai Ni Hairo is based on a song written by Malvina Reynolds and Pete Seeger:

Here’s the song as sung by Pete Seeger.

Malvina Reynolds is probably most well known for this her song Little House. Check out this documentary about this amazing woman and songwriter here.

Wataru took the basic chord structure and melody and made a satirical song about joining the self defence force, using the force’s own sales slogans. It’s pretty clear that the song is sarcastic, but apparently he got called up not long after first performing the song by the Japanese self defence force to ask if they could use the song. Clearly, they hadn’t gotten the joke. Later the song was considered for official banning by the Japanese government. It was never officially banned, because they felt it would never be popular anyway, but the song has long been “unofficially” banned by official media for all intents and purposes.

Takada stopped performing the song not long into his career. He has said that performing songs about everyday experience is a more potent form of anti war protest. But the song continues to live on and has been adapted for modern protests such as the anti-nuclear protests in Japan where it the song became “Why don’t you join Tokyo Electricity”:

If there’s any there amongst you, who want to be a sportsman
Just say yes sir, and I’ll say now you’re really talking
We’ve got the spears, and yes we’ve got the guns
But really it’s your body, that makes the best weapon

If there any there amongst you
Who take an interest in
Guns and tanks and aeroplanes
Well well, well then
The armys always right here waiting
From the top down to the bottom, well teach you everything

To keep the peace, protect the people of Japan
We need the guns and rockets, we need the boys, we need the men
Mr America he needs a helping hand
To get the baddies there in Russia and beat the China Man

Japanese Pod 101 Review – Hands on and In Depth The train trip from Tokyo to Matsumoto is one of the most surprisingly magical experiences I have had. You cruise on the “Wide View” train Some photos and information about our Japanese courtyard project in our back yard. Need a gift for your sushi lover? We list our top 34 in categories for kitchen, dining, clothing, decor, and fun sushi stuff. 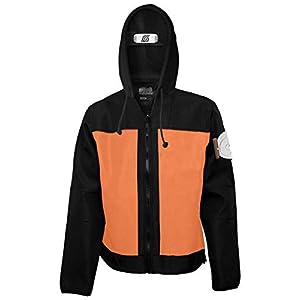 Naruto hoodies make a popular gift for the anime fan in your life. Here’s our guide to not buying a dud! 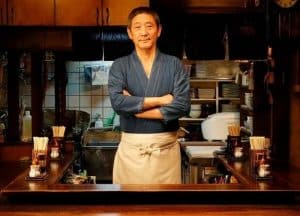 A translation into English of the opening theme song from Midnight Diner Tokyo Stories (Shinya Shokudo) soundtrack, Omoide, by Tsunekichi Suzuki. I give a background on the songwriter, translate the lyrics, present the song in Japanese and English, and give a commentary on the translation.
But first thing’s first…

A deep dive into looking at some of the kotatsu blankets and kotatsu futon that are available. It’s time to get toasty!