Today we’re taking our third look at Japanese death poems. Now like the name suggests these are poems that people in Japan have written through the ages just before they die, or on their deathbed, and they’re fascinating little windows into a whole different world across time and space -windows on people reflecting on their lives in their final moments.
These poems have been around since around the 7th century.
I first came across these through this book Japanese death poems by Yoel Hoffman. It’s a fantastic little compendium of these poems and translations. So I thought I’d go through and introduce some of these but also give my own take. I’ll do some of my own translations, because there’s often quite a few different ways that these things can be done. Following on from the misty moons, and writers who are dreaming in our previous look at Japanese Death Poems, we have a death poem by Koha 香波. Once again we have somebody with a pretty groovy name. I wish we could all have names as good as these guys. Ko 香 means a “fragrance” or a “smell” and 波 ha means “wave”. So Koha is a fragrant wave. You often hear references to fragrances, and the idea of lotuses and flowers in Buddhist thought. Indeed, if you go to a temple, you often see they put out incense burning to create an otherworldly feeling. Koha died in 1897, so we’re going relatively modern here! His poem goes:

Now, I hurl my pen

I talk with the moon.

I feel like this one has a little bit of that attitude to it. Koha is talking about throwing his pen, or his brush. A bold statement for a writer. I imagine people at this time would have been writing with brushes more than ballpoint pens. So we can take 筆, fude, to mean pen.

Once again in our Japanese Death Poems we have the 月 つき moon coming in. As most people that have had some experience of Japanese culture will know, we find a lot of reverence for the moon, and doing moon viewing and that sort of thing. 物 means thing and 言う means say, so I’m going to say things to the moon.

ばかり is “only”, so Koha is saying “all” I’m going to do is speak to the moon. Then again, as many other poems, we’ve got なり nari, which is one more of our 切れ字 kireji, which is there to give an emphasis. People probably know the word なり nari as meaning “to become”, or it’s often a way of saying “is”. I was confused by the word in the past, for example when a waiter would bring an order and say something like “ビールになります”, which sounds strange if you say “this is becoming a beer”. It actually just means “here is a beer”, so it’s just saying this is something. So this “nari” is different to “kana”, which is offering a sense of wonder. Nari is a bit more solid, and saying ばかりなり is really saying “that’s all all I’m doing”, from here here on all I do is talk to the moon.

So let’s just refer back to Hoffman translation which is:

I cast the brush aside –

From her on I’ll speak to the moon

All of this made me think of the Bob Dylan song Tombstone Blues, which isn’t talking about deaths, but it’s still talking about that sense of a writer or somebody that’s involved in the sciences, or the worldly ways reaching the edge of where that can take you. Reaching the end of logical thought and just wanting to “throw it”. It’s that sense of wanting to just throw your tools across the room because they can’t help you anymore.

“The geometry of innocence, flesh on the bone

But the tears on her cheeks are from laughter”

Sometimes sentiment can be similar across centuries and continents, people and place.

Pixies Where Is My Mind 和訳、歌詞の意味、解説

All About Giyuu from Demon Slayer

Giyuu Tomioka is an intriguing character from the series Kimetsu no Yaiba (Demon Slayer). In this post, we’ll highlight the various things about this powerful 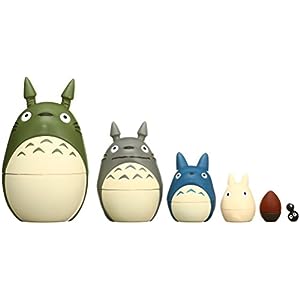 Studio Ghibli is a renowned Japanese animation studio that has produced some of the most beloved and critically acclaimed animated films in history. The studio’s