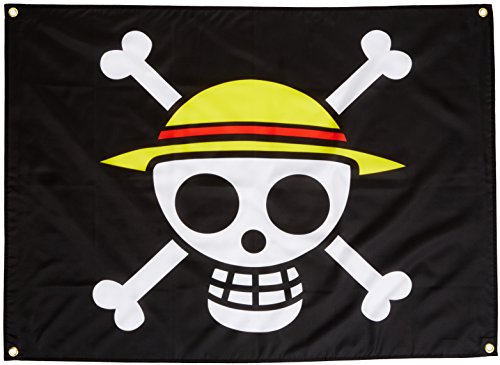 Who says that manga can’t teach you life lessons?

The character of Monkey D. Luffy in One Piece has a habit of coming out with surprisingly wise one-liners, observations and snippets of wisdom.

His single-pointed devotion to a purpose. His naive-to-the-point-of-endearment purity. His unwavering belief in himself and unshakeable commitment to all those who have joined his cause. These things are inspirational.

Even his devotion to his old straw hat says something about how we can use symbols to keep us on track in life.

If you’re interested in seeing some anime quotes that represent the absolute flip side of this “positive” coin, check out this collection of, well, downright misanthropic Light Yagami quotes from Death note.

Why You should listen to Luffy’s life quotes

Luffy is a hero. He is a hero in that he beats up baddies and saves the goodies. But he is also a hero in the sense that he gives us a sense of hope in our own lives. He gives us clues on how we should live.

And, you know, he and the show are so popular that they have produced more than a 1000 episodes, so they must be doing something right.

Everybody needs a hero.

New translations of Luffy quotes from the Japanese

Here we have gone back to the original Japanese sources to find and make new translations of some of Ruffy’s best lines. These Ruffy quotes are like little signposts on how we might like to deal with hardship and adversity.

Heavy, mind-blowing information. Let’s do that now. With a little help from Ruffy, and Oda.

Luffy Quote #1 “I don’t want to be a ruler. It’s just that the Pirate King is the freest guy on the oceans !!!”

Luffy makes an insightful observation here. Money, fame, power, none of these are really ends in themselves. They are means of achieving freedom. The more money you have, the more choices you have. The more freedom you have.

Nobody tells the Pirate King what to do – in the world of One Piece, or the world we live in.

Luffy is an interesting character in that he has supreme confidence in his own abilities and commitment to a goal.

But he also understands his weak points and places tremendous value on those around him.

This quote was spoken in the context of an argument with Aaron. It was in response to barbed comment from Aaron who told Luffy he was “a stupid, weak and foolish person who couldn’t do anything on his own.”

Luffy, rather than denying this or trying to rebuff the comment, acknowledges the criticism openly. He acknowledges that no man is an ocean, accepts that he needs help, and expresses gratitude.
This is gratitude for a larger community and family is something you hear a lot in Japan, and a lot in One Piece!

Luffy, whose own life had been saved by the character of Shanks in the past, sees things differently. He believes the real way to “give back” is to continue living.

He drops this truth-bomb on Sanji at just the right time.

This one is another beseechingly life-affirming quote from Luffy. Once again Luffy rejects the idea of someone giving their life for another unnecessarily, or as a kind of excuse for making an exit.

In this case, it is the character of Robin who is trying to give her life for Luffy and crew.

But Luffy won’t have it. He tracks her down and confronts her at the end of the battle and demands that she choose life.

This is a comic panel that anyone that is considering giving their life away on some kind of vague pretense should see.

This simple quote perhaps expresses better than any other his no-nonsense, no-excuses approach to life.

This quote is said in the context of Luffy inviting the character of Chopper to join his band of jolly pirates. Chopper says that he doesn’t think that it is possible, that he is not human, he is a monster.

But Luffy cuts him short. Tells him he is “urusei”, which in Japanese means something more than just “shut up” and includes the meanings of “this is a pain to listen to” or “noisy” or “stop jabbering”.

Luffy has no time for excuses, self doubt or hand wringing. He is a man of action.

Luffy Quote #6 “It’s only our lives, why shouldn’t we put them on the line? We’re friends right?”

This is in the context of a conversation with Bibi, who is doing everything to save Alabasta. But luffy demands more. He demands that his band of people put their lives on the line for one another. What is a life in the context of saving another?

Wouldn’t we all want that courage?

If you’re gonna be in the Pirate King’s crew, it would be an embarrassment if you were anything less !!!”

This Luffy quote comes from a conversation with Zoro:

It’s you that invited me. If you ever give up, you can just commit hara-kiri and apologize to me.”

This simple Luffy quote actually strikes on a deep truth. Life is about fun. As John Lennon says, “Life is what happens to you while you’re making other plans”.

It’s no use being on an “adventure” if you’re not enjoying the process.

Isn’t this true of any great project? Who knows if you’ll make it to the destination, to the goal. But even if you do, and you’ve hated every moment leading up to it, was it worth it? And if you don’t reach it, what then?

And anyway, enjoying the process means you’re that much more likely to succeed.

Luffy knows this. He won’t accept an adventure on any terms but his own.

And for him, the unknown or the mysterious is an integral part of what makes it all worthwhile. He doesn’t want to know the answers, as is made clear in this conversation.

I don’t want to hear where the treasure is !!!

I don’t even want to hear whether or not there even is a treasure or not!!!

Noone here has known a thing, and yet they’ve taken to the sea to risk their lives for the cause. So if this old man gives us all the answers, I’m quitting being a pirate!

“If the adventure’s no fun, then I’m not in”

And for Luffy, fun means not knowing all the answers. It means stepping boldly into the unknown.

It’s the process of discovery, not the discovery itself.

Luffy Quote #9 “I’ve decided who I want to be, so if I fight and die trying that’s okay.”

There is something about commiting to a decision. When you are willing to die for your convictions, if nothing else, life is a lot more simple!

Luffy/Oda seems to echo the famous words of Winston Churchill when he was advocating for the creation of the United Nations after WWII and said “never let a good crisis go to waste”.

These quotes point to the fact that in turmoil there is also opportunity. Every cloud has a silver lining.

Luffy Quote #12 “Pirates are pirates no matter where they go”

This makes you think of “You can take Tarzan out of the jungle, but you can’t take the jungle out of Tarzan”.

In both of these contexts, this could be seen in a good way or a bad way.

I’m betting Luffy sees it in a good way.

If there was a hero, it would be Luffy. But maybe it takes a lack of a sense that you are a hero to actually be a hero. Maybe a hero is what you become while you are deeply committed to being something else. Like a pirate!

This Luffy quote is difficult to translate as it plays on the difference between the Japanese words “itai” and “tsurai”, which don’t have perfect equivalents in English.

It points out that loneliness won’t kill you in any physical sense. But it can take a toll on your mind.

Luffy quote #14 “Friends or foes, that is for you to decide”

Luffy’s world is black and white. You’re either with him, or against him. He is going where he is going. He doesn’t go out of his way to fight with anyone, but who won’t change course if you step in his way!

Luffy quote #15 “I’m going to be the pirate king!! It’s not that I want to be a pillar of society”

This is an intriguing Luffy quote. If he’s not trying to achieve greatness, then why does he want to be the pirate king? If it’s not about power and prestige, then where does his unswerving commitment come from.

In other quotes, Luffy tells us that the pirate king is the “most free” person in the world. It seems it is this freedom, this sense of self-determination, that he is after. It is not worldly respect and status that he is striving for.

Life lived to its fullest. Life lived straight-ahead, in service to a greater purpose, committed to a dream.

Isn’t that a way of living life that we should all commit to?