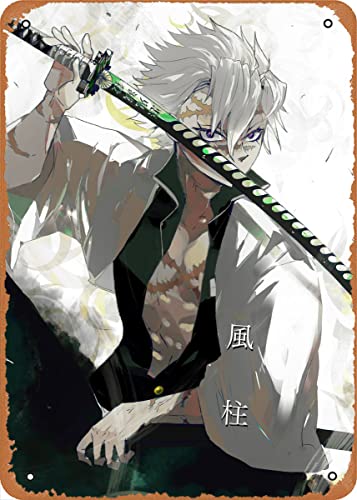 The Marechi in Demon Slayer refers to the rare and special blood that some humans possess. The blood has a very strong effect on demons that can cause them to go into a frenzy, disrupt their senses, and sometimes even make them go insane!

However, only a handful of people have Marechi blood, and it is unknown whether it is inherited or acquired. The only thing people know about the Marechi blood is that it is super rare and has an intoxicating effect on demons.

Sanemi Shinazugawa, the Wind Hashira, even quoted “Catnip for cats, Marechi for demons,” giving an analogy on how powerful the effect of the Marechi blood is on demons. Just a whiff of the rare blood could easily cause even an upper-rank demon such as Kokushibo, the most powerful upper-rank demon and the twin brother of the creator of Breath of Sun, to lose focus in the middle of a fight.

While the Marechi blood is known to demons and some demon slayers, only a handful possess the blood, and their identity is often kept secret to prevent demons from hunting them.

The only two known humans with Marechi blood

Throughout the series, there are only two people who are known to have the Marechi blood; both came up in the first season of the Demon Slayer anime: Kiyoshi (清) and Sanemi Shinazugawa (不死川実弥).

While Kiyoshi is only shown briefly in the entire series of the Demon Slayer, his existence played an important role in defeating the demons in the Tsuzumi Mansion Arc, where Tanjiro and Zinetsu first met Inosuke and fought the tongue demon and Kyogai, the Drum Demon and a former 6th lower-rank demon.

The demons kidnaped Kiyoshi in the Tsuzumi Mansion to achieve their goal of becoming powerful by consuming the Marechi blood. However, Kiyoshi’s brother and sister came to his rescue only to be rescued by Tanjiro, Inosuke, and Zinetsu themselves.

Both Kiyoshi’s brother or sister don’t possess the Marechi blood even though they share the same parents as Kiyoshi.

Sanemi Shinazugawa is the impulsive and cantankerous Wind Hashira. While it was not explicitly stated in the anime’s first season that Sanemi has the Marechi blood, he gave a clue when he tested Nezuko to prove that all demons will attack humans for blood. All the higher-ups in the Demon Slayer Corps know that Sanemi has Marechi blood, but many audiences who don’t read the manga don’t know.

During the Hashira meeting in the last episodes of the first season of Demon Slayer, Tanjiro and Nezuko were held captive by the Hashiras. The Hashiras questioned the existence of Nezuko being a demon in Wisteria.

Almost half of the Hashiras were determined to have Nezuko killed and execute Tanjiro and Giyu for treason. However, Giyu and Tanjiro argued that Nezuko would never harm humans, given that her brother Tanjiro is human. But such an argument is futile to the Hashiras, who have deep hatred against demons.

Because of this, Sanemi, the wind Hashira took to himself to test Nezuko and prove that all demons are the same. So, Sanemi wounded himself with his sword and placed his bleeding arm in front of Nezuko’s face, causing Nezuko to almost go into a frenzy state. However, Nezuko was able to fight the urge to drink the Marechi blood of Sanemi using only her strong will and looked away from Sanemi.

In spite of Sanemi’s efforts to tempt her, Nezuko kept looking away, resisting her urges and forcing Sanemi and the rest of the Hashiras to accept defeat.

All Hashiras knew that no demons could resist the Marechi blood. So when they see Nezuko resisting and avoiding the Marechi blood, they have no choice but to accept the argument that Nezuko will never attack humans. Moreover, the Seppuku promise of Giyu backed by the counterargument of Kagaya Ubuyashiki, the patriarch of the Ubuyashiki Family and the head of the Demon Slayer Corps, put the final verdict into stone. 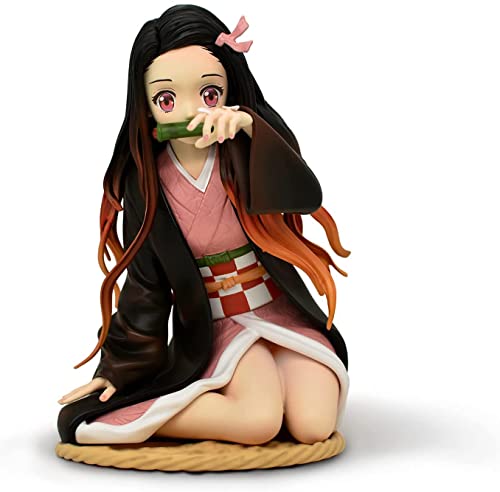 Some fans theorized that the only reason Nezuko could resist the Marechi blood of Sanemi is that she could also be one of those with Marechi blood.

It could also be a combination of the two: having Marechi blood and being a bloodline of the Kamados. All of these could be why she is such a unique demon.

Among all demons, she is the only one who can completely resist human blood –aside from Muzan.

She is also the only demon that was able to develop a resistance against the sun without the help of the Blue Spider Lily (check out our article about the “Red Spider Lily Meaning Demon Slayer”). Even Muzan could not develop resistance against the sun in spite of extensive research with Tamayo. Muzan even tried gradually exposing himself to the sun so his body could adapt to the sunlight but to no avail.

But because there is no explanation from the author as to why Nezuko is such a special demon, everything remains a theory thus far.