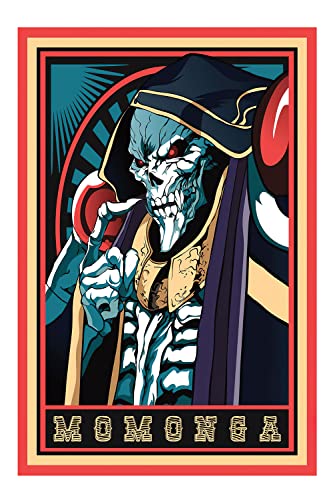 The overlord franchise is one of those anime series that has had several releases over time. Often, when an anime has a lot of releases, it can get hard to track where to start and to know what to watch next.

If you are looking for a starters review of overlord look here.

Overlord currently has 52 TV episodes released (as of October 2022), two movies, 1 Original Video Animation OVA, 6 Original Net animation ONA, and three stand alone specials. That’s a lot, even for a fan like me!

Let’s try to get to know how these releases fit together.  I’ll tell you if they are even worth watching, especially the Movies, the OVA, and the ONAs.

The Overlord franchise started as a web novel –yes! It came from a “failed” web novel where a release is only a digital copy.

For most anime series, the light novel and the web novel are pretty much the same. However, the original web novel differs greatly from its later light novel version. While the premise is still the same, the flow of the story is very different.

Plenty of characters only lasted for a while in the web novel, while they became significant characters in the light novel version.

There are also only 125 chapters in the web novel, divided into nine volumes. On the other hand, the light novel has more chapters and is expected to finish at Volume 17. As of this moment, the light novel release is up to Volume 14. Volumes 15 and 16 will soon be released, dealing with the Elven kingdom. 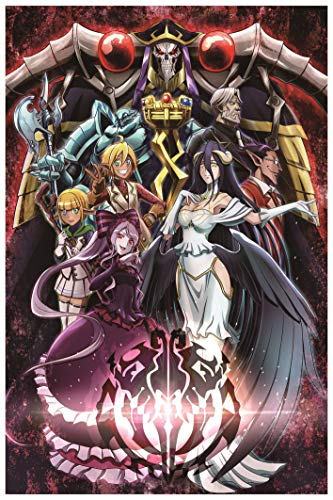 The main story of the Overlord anime revolves around its TV Series, which is based on the light novel. So, if you want to watch Overlord, you need to go through all its TV releases.

So far, there are 52 episodes available for the TV series. Soon after the coming 3rd movie, there will be another season to follow suit.

Here is the list of the number of TV episodes per season of Overlord and their release dates.

The two movies that Overlord released are mainly a two-part summary of the 1st season. It deals with how Saturo is transported to this game-like world, how he saved the Carne village from the members of Slain Theocracy, how Ains became an adventurer, and the death of the Swords of Darkness party as well as Clementine.

If you watched the entire Tv series, then there is no reason for you to watch the first two movies of Overload. But if you want to recap every significant detail in the first episode, you can do so at your discretion.

The third coming movie will be a continuation of the series and should not be missed at all costs. There is no information if the said movie will be turned into a TV series –I doubt it would happen because of the backlash from the previous movies.

The coming movie will be the last arc before the entire franchise moves to the Elven King arc, which is the second to the final arc of the Overlord series, as tweeted by the author himself.

Here are the known movies of Overlord: 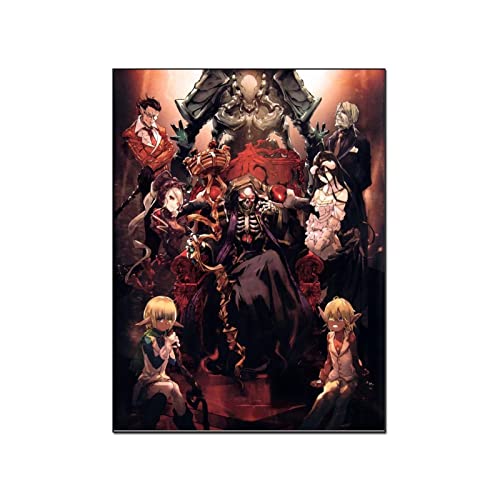 OVAs or Original Video Animation is a type of release that deals with side stories not related to the actual timeline. They are normally released to service the fans craving new episodes through a home-video format.

On the other hand, ONA or Original Net video has the same function as OVA but is only available to streaming platforms –thus, the word “Net” in ONA.

Both Overlord ONA and OVA have no significant relation to the main series’ timeline, but it somehow gives light on some characters of the series. It normally deals with each character’s everyday life, which gives more appeal to characters that are less highlighted in the main series.

You can do away with watching the ONA and OVA if you like, especially since they are often low-budget, and in this case, the animation is a little too cartoony and uses Chibi-like designs.

Here is the list of OVA and ONA releases of Overlord according to date of release:

What order to watch Overlord?

Before the release of season 4 of Overlord, there was only one way to watch Overlord: to watch the TV series according to its season number and date of release. The story is already arranged in a way that follows the main story.

The first two movies, the OVA and ONA, are just an addition to the franchise but don’t affect the main story itself. Thus, whether you watch them or not, it doesn’t make any difference since the main story is the TV series itself.

Watching Overlord According To The Light Novel

The release of the 4th season of Overlord has somewhat rearranged the chronological order of the arcs. While some fans were unhappy about the changes the producer made to the anime series, it still didn’t affect the story’s timeline much.

The downside is that the movie will be released next year,2023, which can be a long wait for some.

Thus, the proper order of the story should be, Season 4: Dwarf Kingdom arc (first five episodes), 3rd Movie: The Holy Kingdom arc, and Season 4: Destruction of E-Rantel arc (Episodes after the 5th episode). That is the proper order of events based on the light novel. These arcs are affected by each other, and in my opinion, the shifting of events has confused many anime audiences.

Watching Overlord According To The Release Date

You can also follow the release date of each season of the TV series. Meaning you can just watch seasons 1,2,3 and 4, respectively, and just have the 3rd movie later for the Holy Kingdom arc.

Some might ask if the series of events is affected by the rearrangement of the order or arcs. The answer to that is “it does.” Why? Well, the later part of season 4 is slightly confusing to those who don’t read the light novel.

After the Dwarven Kingdom arc of season 4, Nazarick decided to invade E-Rantel because one of the nobles in the E-Rantel kingdom commandeered the humanitarian aid of Nazarick to the Holy Kingdom.

So, if you follow the release date order and don’t read the light novel of the Overlord, some parts of season 4 can confuse you. It will help if you remember that several events in season 4, especially the Destruction of E-Rantel arc, happened because of the events in the Holy Kingdom arc. Also, some events of the Holy kingdom arc occurred because of the Dwarven Kingdom arc.

How much time do you need to watch all Overlord releases?

It can take you just a little over 20 hours to finish the entire TV series of Overlord from Season 1 to Season 4. Each episode is about 30 minutes each, and there are 13 episodes per season –you can do the math. It’s not an easy feat to finish all Overlord episodes relevant to the main story in one sitting.

If you want to watch the ONAs, OVAs, and special releases, your viewing time will increase by two and a half hours. While there are many ONA releases with four seasons available, they are actually very short. One whole season of an Overlord ONA only lasts up to 13 mins.

The movies, on the other hand, are quite long. Each movie lasts just a little over 1 hour and 30 mins. The length of the upcoming 3rd movie is still unknown.

Here is the breakdown of the duration of the releases: 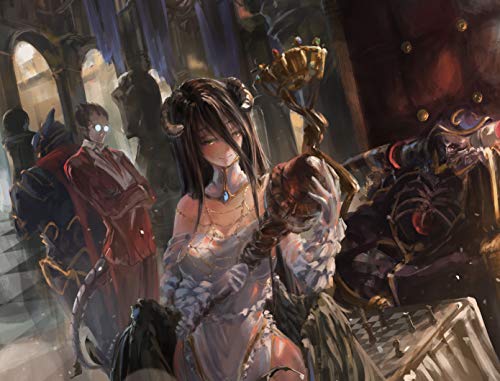 If you really want to follow the proper order of events so you can fully understand the entire series, you might want to read the light novel of Overlord. It is well explained in the light novel the relevance of each story arc to the proceeding arcs.

If you are looking for anime similar to Overlord, check here.

If you need to express your love for the series with some physical swag, see our review of Overlord merch here.