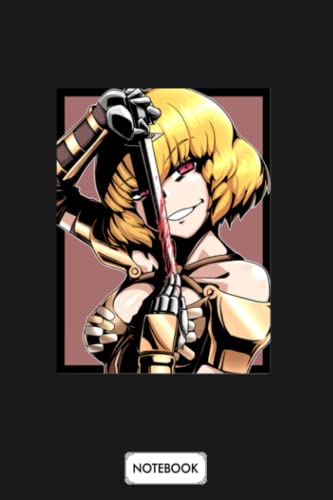 At a glance, Clementine looks somewhat alluring for the male gaze with her slender body and revealing type of armor, a bikini type. She is often seen with a smug expression that is somehow disconcerting, and a sinister smile. You get the feeling that she may be up to no good.

She wears a two-piece orange bikini armor, a type of orange citrus. Her armor is plated with adventurer tags belonging to all her prey. Most of her targets are copper-class adventurers, which suits her armor’s color well.   She also wears a cloak to cover her body at times but takes it off when fighting. Both of her hands are also equipped with gauntlet-like armor.

Her hair is blonde –much closer to light orange—and she wears it short with a full fringe. Her eyes are sharp and color red, making her look even more sinister. Apparently, her hair and eye color run in her family since her older brother has the same features as Clementine.

When you look at Clementine, you can easily identify her as evil in the same way that you can immediately tell that the Joker of Batman is a bad guy at a glance.

Clementine is very sadistic and loves to torture her opponents. She thinks of herself as a hunter who uses dirty tricks to get her prey. Once she gets a hold of her prey, she exploits their weaknesses and tortures them.

She is also a psychopathic battle junkie who loves to fight; however, she is smart enough not to fight battles she has no chance of winning. Some presume that her sick personality is due to childhood trauma, but Clementine is proud to say that her personality is of her own choosing.

Her Japanese Dub voice suits well with her character which oozes confidence and wickedness. She knows very well how capable she is and is not shy to brag about it.

She also gets easily agitated when things don’t go her way. She doesn’t like being shackled by anyone stronger than her, and she also hates taking on responsibilities, which is why she left the Black Scripture to become a mercenary.

Clementine relies on her agility and speed to inflict fatal damage on her enemies. She wears bikini armor to prioritize mobility more than protection. Her speed is more than enough to compensate for her lack of defence when fighting an average enemy.

Clementine’s main weapon is the Stiletto, a double-wielding dagger with a very thin but solid blade. They work like a giant needle that pierces through their enemy. They are great at exploiting enemy weak points, especially on armored foes. One of her Stilettos has a special skill that causes combustion up to the 3rd tier. She has four of these daggers, and each one can store one magic at a time. Clementine uses the skills of Stiletto when the dagger pierces the enemy causing them to be burned, mind controlled, and electrocuted.

She also uses a spiked mace as a secondary weapon, but she only uses it when she knows she has a huge advantage against her foe. It’s an effective torture device for Clementine, especially if she wants to crush the limbs of her prey. Nonetheless, her mace lacks special skills, unlike her Stiletto.

Most of Clementine’s abilities are martial arts instead of magic, which Ains use. The only known martial arts she used during her fight with Ains are Invulnerable Fortress, Greater Evasion, Ability boost, Greater Ability Boost, Flow Acceleration, and Pace of the Wind.

When she buffs all these abilities, her attack and evasion increase drastically, which helps deal damage while avoiding fatal attacks. She even managed to take on Momon’s direct punch without receiving any damage because of Invulnerable Fortress (allegedly). Her agile body and enhanced stats allow her to evade attacks at a hair’s breadth. This is the reason why she is an adamantine class adventurer.

Clementine’s family is a descendant of one of the players who got transported to the New World from Yggdrasil. Ancestor is the founder of the Black Scripture in the Slane Theocracy.

Since Clementine is not the eldest in her family, she never got to inherit any equipment from her Player ancestor. Her parents never pay a lot of attention to her. It is said that her brother is said to be more loved and favored.

She eventually leaves her family and goes on her own to cause havoc in other places. However, before she leaves the Black scripture, she steals an important item from her country. When she realizes she needs help to use the item Crown of Wisdom, she joins Zurrernorn and works with Khajiit to achieve her goals but never thinks of Khajiit as a partner, only a pawn to use.

Unfortunately, she meets her demise after she kidnaps Nfirea. Ains, disguised as Momon, the Admantite adventurer, gives Clementine an excruciating end as revenge for her torturing of the Swords of Darkness party. 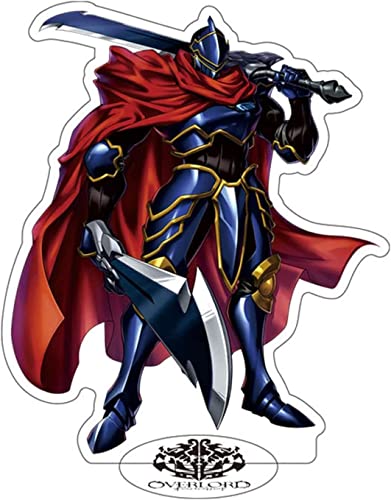 Why was Clementine able to take on the brunt of Momon’s power?

It’s a great question as to why Clementine could take on Momon’s punch in Overlord directly without damage. Some fans say that it is mainly because of her Invulnerable Fortress, but it’s hard to accept this theory since the level gap between Momon and Clementine is too great.

No matter how much you strip Momon of his equipment, his base stat as a level 100 is still far greater than Clementine, who is only around level 33. Not to mention, Clementine doesn’t have armor or defence to offset any damage against her, and her skills are only at tier 3 at most, while Momon can boost himself up to tier 11. This means her buff skills are weak, only at tier 3, and far inferior in neutralizing any damage.

The only reliable conclusion is that Momon held back a lot and has been pulling his punches against Clementine. The hint for this is Momon’s statement to Clementine that he will be giving her a handicap and will not be fighting her seriously. Thus, Momon could have been softening his blows to agitate Clementine.