Traditional Japanese living rooms feature a set-back recess area called a Toko-No-Ma that usually features some kind of Japanese Wall Scroll and/or Ikebana flower arrangement (also see how article on Japanese decor). The scrolls traditionally feature calligraphy or artworks, most charactistially in the style of a sumi-e black ink.
Traditionally, these were one of a kind artworks, often by artists of renown.
Today, good quality representations can be found that achieve a similar effect at very reasonable price.

We’ll get into the nitty gritty of different types of Japanese Scrolls below but first of all let’s show you our favourite option for scrolls available online.These are custom scrolls produced by master calligrapher Eri Takase. We love that you can either choose one of the premade scrolls, or work with Takase-sensei to make your own. From Takase-Sensei’s Etsy Page:

“Master Takase creates this beautiful art when your order is placed. Personally preparing the ink and brushing your art that proudly bears her signature and seal. This is truly an original work of art.

The Japanese Scrolls (kakejiku) are special and we are very proud of them. We have worked with our scroll maker in Nara, Japan for more than a decade and these scrolls are exceptional. They have a light brown silk border, gold brocade highlights, and Japanese paper. These fine materials are layered so that when displayed the finished scroll hangs straight and will not warp over time. And the paper takes the ink just right so subtle brush strokes come out just as expected. This beautiful art is meant to last generations.”

The Japanese wall scroll has a long history. It was introduced to Japan from China during the Asuka era (592 to 645). In China, these were widely seen as Buddhist imagery for ceremonies during the Northern Song Dynasty (960-1127).
Japanese scrolls have a deep connection to Zen Buddhism. Hanging scrolls were introduced to Japan through the religion in the Kamakura period (1185–1333).
Introduced from China, Zen Buddhism spread Chinese-style architectural styles and art to Japan along with Buddhist teachings. The technique of ink painting also came in at this time.
Hanging scrolls were initially used for Buddhist rituals. They gradually evolved into an art form in their own right. Styles such as 花鳥画, kachouga “Flower and Bird Paintings”, and 山水画 sansuiga “Mountain and Water Paintings” were also produced.
The development and promulgation of the Japanese wall scroll is intertwined with the development of 水墨画 suibokuga ink painting.
When the tea room was created during the Muromachi period, the hanging scrolls became even more artistic in order to provide accent to the tatami mats on the floors. Sen no Rikyu, who pioneered the modern tea ceremony, also insisted on the importance of hanging scrolls.
From the Edo period to the Meiji and Taisho eras, Japanese scrolls were developed as highly refined interior items decorating various Japanese rooms.

Japanese wall scrolls can be roughly divided into three types.

書 sho  “Calligraphy”  絵 e and “Pictures”, and “works that combine both calligraphy and pictures.”

Calligraphy works include 漢詩 Kanshi Chinese poems, and Japanese poems in forms including 和歌 waka, 俳句 haiku. Works have been created by, warlords, aristocrats, and monks, as well as modern-day political and business people and poets.

Pictures that are a combination of calligraphy and painting are called 詩画軸 Shigajiku “poetry axis”. These are composed of calligraphy drawn on the upper part of the vertical and pictures drawn on the lower. These works combine Chinese poems, poems, haiku, to match the picture.

There are also hanging scrolls made in Korea, which are similarly influenced by Chinese culture.

Although hanging scroll art is introduced from China, there are many works that have evolved uniquely in Japan, such as 美人画 Bijinga “Paintings of Beautiful People” and 花鳥画 kachouga “Flower and Bird Paintings”.

Japanese wall scrolls are said to have undergone a dramatic increase in value with the rise of the hand-painted Ukiyo-e of the Edo period. During the Meiji and Taisho eras, Japanese scrolls and Japanese paintings existed in a symbiotic relationship where each helped raise the value of the other.

These works are recognized for their high artistic value as antiques.

There are various compositions and types of Buddhist paintings. Motifs include 曼荼羅 mandala, 来迎図 raigouzu which depict the coming of the Amida Buddha, 六道絵 Rokudou-e which depict the six buddhist realms, and 高僧 Koso portraits of high priests.

These ink paintings, also called sumi-e, are characterized by delicate and bold expressions using techniques such as “blurring” and “shading”.

If you are after a Japanese Scroll, your options are for purchasing a scroll are:

You can see a list of reproductions available on Amazon here

You can see a list of handmade scrolls on Etsy here

See a list of vintage scrolls on Etsy here 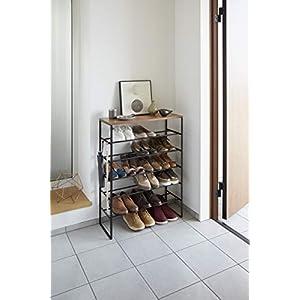 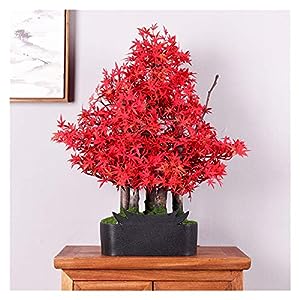 A look at some of my favorite Artificial Japanese Maple Trees. 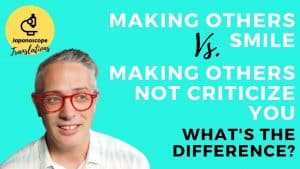 Info about those groovy, colorful happi coats and traditional Japanese jackets you see in Japan. Different types of jappi jacket, where to buy and more. Deniさんがデヴィッド・ボウイの曲「スペイス・オディティ」を日本語に訳しました。
その歌を翻訳するにあたって難しかったところ、また日本語と英語の歌詞の違いなどについて話をしました。
Ever wondered what Bowie’s Space Oddity lyrics would be in Japanese? Probably not. But we tell you anyway.
We go through and translate the song line by line, and discuss what it all means – in Japanese.

Japanese aesthetics have been popular for more than a century. So much so that we have the term “Japonisme” to describe the wave of interest in Japanese culture in the 19th century. We’ve written about the influence of Japan on western architecture here.

So why not get a little Japanese artwork on your wall? We’ve created this gallery of Japanese wall art and Japanese posters to give you an overview of what’s out there. We’ve trawled through the cheesy images and more appalling items that are flogged to the gaijin market. If you’re in the market for a poster of a samurai warrior matched with the Kanji for “sushi”, this isn’ the place for you.

We’ve divided the images into some of the more popular categories of Japanese posters including Japanese movie posters and vintage Japanese posters. Images are available to purchase on the Redbubble store. 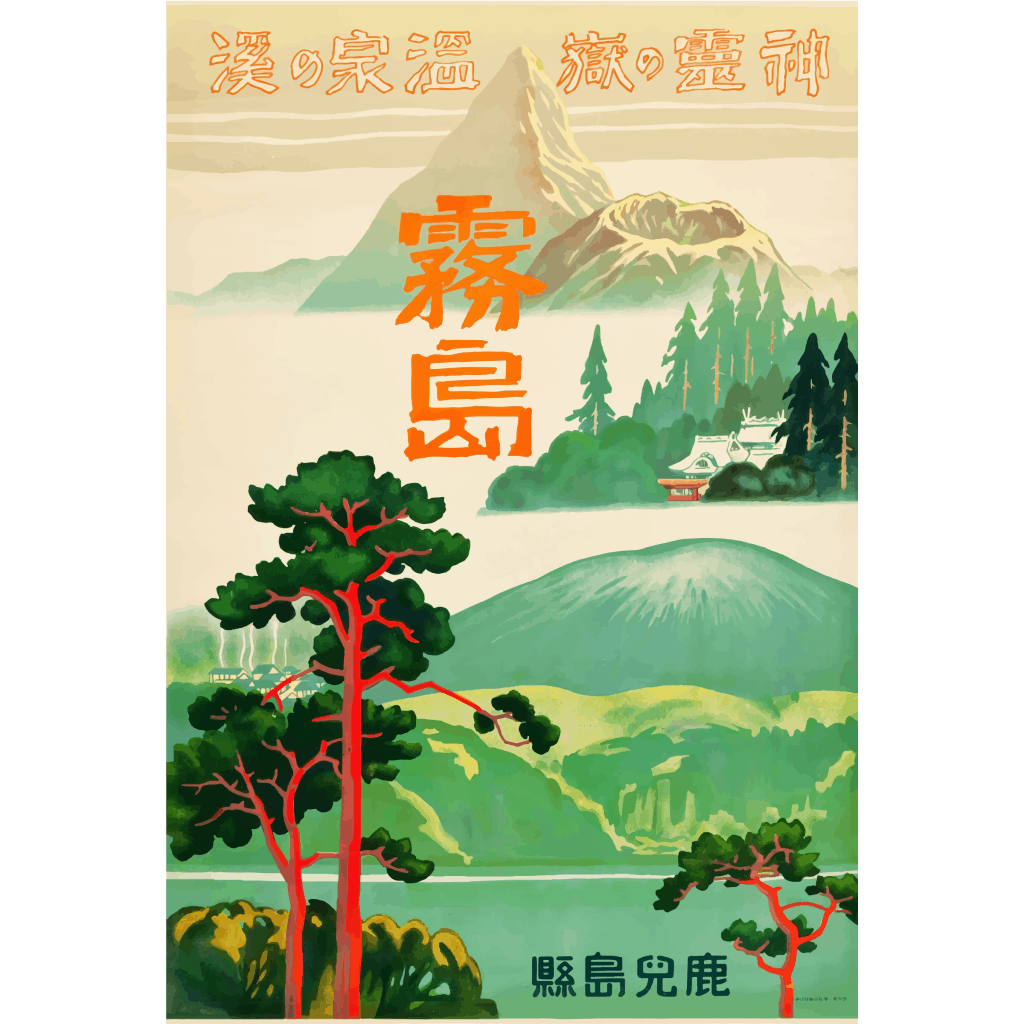 Japan has some amazingly beautiful vintage images, many of them originally advertisments for products. Perhaps most iconicallly, Japanese beer companies have a long tradition of creating advertisments with beautiful women swooming at over a glass of the amber ale. Here’s a few to get you started.

For this history buffs, here are some Japanese wartime propaganda images. These images serve as a visual reminder of the horrors of wartimes that we never want to revisit.

**I was compensated for this post. This post also contains affiliate links and I will be compensated if you make a purchase after clicking on my links