We’ve translated some Japanese media and social media about recent moves for the Women’s Universities in Japan to welcome transgender women as students.

There are a group of Women’s Universities in Japan that have recently come out to say that they will soon start accepting transgender women. This is, of course, a major change in the country and has been covered in several major news outlets and provoked a lot of discussion, of a more or less civil nature, across social media.

Today we’ve translated some excerpts from Asahi News, The Huffington Post Japan, and a selection of tweets from twitter to get an overview of the coverage.

We present the selections in Japanese, then in English, then sentence by sentence in Japanese and English for those that are interested to get down in the weeds of the language a bit more

From this Spring, two public universities, Ochanomizu Women’s University (Tokyo) and Nara Women’s University, have begun accepting transgender students whose sex at time of birth was male but who identify their gender as female.

It is not clear whether any transgender students have yet been admitted.

As women’s universities that accept transgender women increase, so do the voices calling for safeguards for students.

The university announced that they would accept transgender students in July 2018. Since drafting guidelines in April 2019, preparations have been proceeding.

Prior to the changes, voices expressed their unease at how they should interact with the students

Questions have been raised about how “people that identify as female” should be validated under the new system.

At Ochanomizu, prospective students are asked to submit an application document prior to sitting the entrance exam and, where necessary, are asked to have an interview to confirm status of their gender identity in relation to exams and student life.

There is no necessity for a medical certificate from a doctor to be produced. “Gender identity changes. We now presume that it is versatile.”

A statement at an Ochanomizu University press conference by University Head Ms. Murofushi.

As a national university corporate body, this decision was based on our mission of providing a place to all women who have a sincere desire and dream to learn.

We dream of a society where “diverse women” can participate in a variety of fields and where each person can achieve their own expression of their own unique human abilities, unrestrained by rigid concepts of gender.

Though we have come a long way in comparison to societies of the distant past, there are still many barriers to women’s fruitful participation in the workforce.

We believe that we must change the status quo by fostering women’s sense of self worth and resolve to contribute to society, so that they can take their place in society to lead happy lives free from discrimination and prejudice.

We believe that it is the freely functioning women’s university that is able to free women from the conceptions of women’s traditional roles and from unconscious bias.

Our university aims to develop all women, regardless of age or nationality, by guaranteeing each and every individual’s dignity and rights, and pushing forward their learning to create people with the ability to freely express their innate abilities.

In this respect, we consider that it naturally flows that women who identify as female, who hold sincere desires to study at a women’s university, should be welcomed and that this should happen as a matter of course within a society that embraces diversity.

I find that the ones who say that allowing transexual women into women’s universities is a breach of women’s rights are generally those of the intellectual class with no connection with the university whatsoever.

I think that the use of the word “cost” when talking about matters that affect people’s very being is just not on.

When it was reported last year about Ochanomizu University,  I wrote that it is necessary to extend the provision of toilet amenities and I took criticism over the cost that this would entail.

That is not a “cost”. It is a necessity.

To the people who say that it won’t do to have trans women at Ochanomizu because there are men that will make themselves out to be transgender to get access.

If you heard that there was a country where they said “There are people making themselves out to be Japanese citizens that are coming to our country and committing crimes, so we will ban entry to all Japanese Citizens”, would you just say, “yes, that’s fair enough” and accept it. 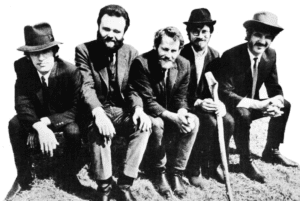