The idea of “the angel” is aesthetically connected to Christian imagery. Angels and Christian religious symbols also are popular themes in Japanese comics (manga), often intermingled with Buddhist or Shinto symbology!

Manga like Kamikaze Kaitō Jeanne (KKJ) provides an essential insight into the conceptualization of angels in Japan. As depicted in KKJ, angels are the ”Other”, the mysterious, serene ones. Simultaneously angels are depicted as part of the circle of life every creature undergoes in Buddhist cosmology. 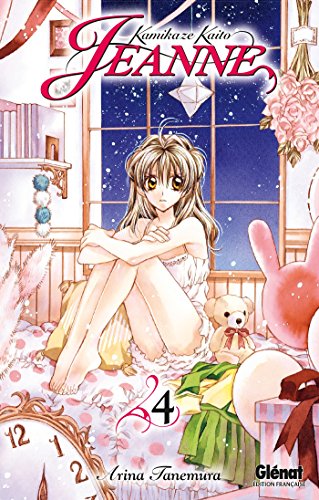 What is the word for “angel” in Japanese?

The most commonly used word for “Angel” in Japanese is Tenshi (天使). The first kanji character in the word is the Japanese symbol for heaven or Ten (天) and the second symbol (使) has the meaning of “messenger” or “envoy”. Together, the symbols means a special messenger or envoy from the heavens. Angels are widely known to be bearers of good news from heaven in most films, even in Japanese anime and manga. This is also heavily reflected in Japanese symbols or characters.

How is the word for “angel” pronounced in Japanese?

Tenshi (天使) is pronounced “ten-shi”, with the “ten” part being pronounced in a similar way to the English number “ten” and the “Shi” sounding like the “shi” as it would be pronounced in the word “shivers”

Historical forms of the chinese character for “Angel”

A top line represents the level above a man with outstretched arms (大 (dà)). What is above man? Heaven, of course!

Ancient representations of the character actually depicted a man with a large head. This is an intriguingly more anthropomorphic representation of heaven, where heaven exists as a state of altered or expanded consciousness. In this interpretation, heaven is not so much a place out there as a “state of mind”, as symbolzed by the engorged head!

The character also has the related meaning of “sky”. Words like “sky” are obviously difficult concepts to depict in a pictogram, so you can see how some ingenuity was called for in achieving the current form. Perhaps influenced by the glyph, the character was frequently interchanged in Old Chinese documents with 顛 (“crown of the head”),. This led to one hypotheses in which 天 (tiān) is a derivation of 顛 or 巔, “top (of the head/hill)”.

How is “Angel” expressed in Chinese?

Angel is expressed as Tiānshǐ (天使) in Chinese writing. The Japanese and Chinese symbol for angel is the same but the pronunciation differs. This is one of those words that was originally used by the Chinese but later on derived. And with each passing era, developed into a more Japanese pronunciation. 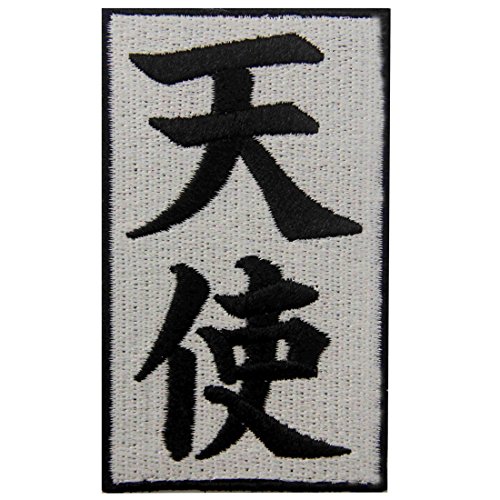 Tenshi is the most common symbol for angel in Japanese.

That nurse is a real angel to her patients.

Angels watch from above as men fight amongst themselves.

Enjeru is written in one of the basic japanese writing called Katakana. Katakana can be used if the word you are using does not have a direct translation to the Japanese language (loanwords), or if you want to simply emphasize what you want to write. Enjeru is usually used as a name, or a place rather than angel with wings and white robe.

You think Angel ran into Travis

Got a hit on our dead guy from Angel City.

This is the work of a Human Angel.

He really is a guardian angel.

Last night my guardian angel did indeed save my life from the wolf.

Mitsukai is a word that means a messenger, and in Christianity the messenger of the Lord . Some Japanese translations of the Bible have adopted this term, and here they describe theological angels in line with Christian doctrines, doctrines, creeds, and catechisms.

It is quite possible that many people today have met or seen an angel without realizing it.

It is unlikely that they are angelic beings, as some suggest.

What words are in the Japanese symbol for “angel” Used In? 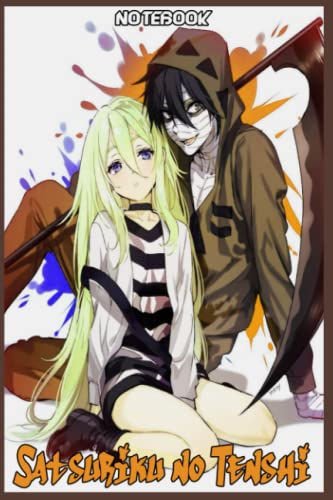 Datenshi means fallen angel, lucifer, demon or satan. The first symbol means degenerate, or descend to, while the rest of the symbol means angel.

Nurses are angels that can do anything.

My wife is the hospital’s nurse.

Even after coloring, the hair is glossy and has an angel’s halo… I really felt that it was good for my hair.

Stroke order for writing the characters in Japanese “angel” and associated symbols.

So should you get “Angel” done as a tattoo in Japanese lettering?

It is highly recommended to research Japanese symbols or characters and their meanings compared to different languages like Chinese before deciding to ink. Despite practising Shinto and Buddhism, Christianity is still well-known in the culture of Japan.

Angels are often seen in mainstream manga and anime as messengers of God, so they are certainly well-known by the younger generation, and anyone into comics.

That being said, having angel as a tattoo, in either English or Japanese implies that you are saying that you, yourself, are an angel. And that is quite a statement to live up to!