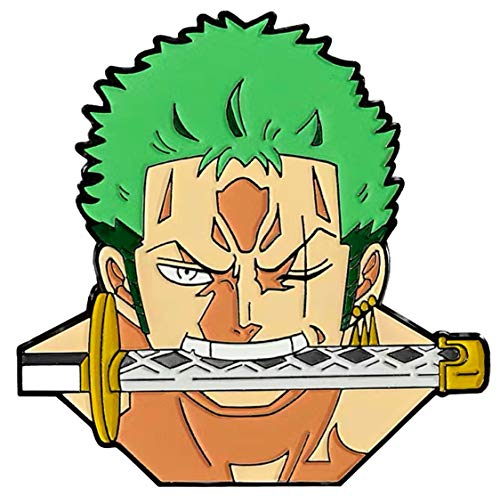 Roronoa Zoro is one of those gung-ho heroic characters that you can’t help rooting for.

He is on a clear hero’s journey to become the greatest swordsman in the world. His quest is made all the more compelling by his personal backstory of having a comrade-in-arms that died that he is fighting for the memory of.

Throughout the One Piece saga, Zoro exhibits a supreme self-confidence and self-belief. Even while allowing himself to be subsumed into the larger quest of Luffy, who’s quotes I’ve written about here, to become the pirate king, he never one questions his own personal mission to become the greatest swordsman in the world. Neither does he for an instant question his own ability to achieve this.

Zoro is the embodiment of chivalry, and often has overt references to samurai culture. When Luffy enlists him into the cause, Zoro even tells Luffy that if he ever goes back on his word, Zoro will make Luffy commit hara-kiri and beg forgiveness.

My Favorite Zoro One Piece Quotes 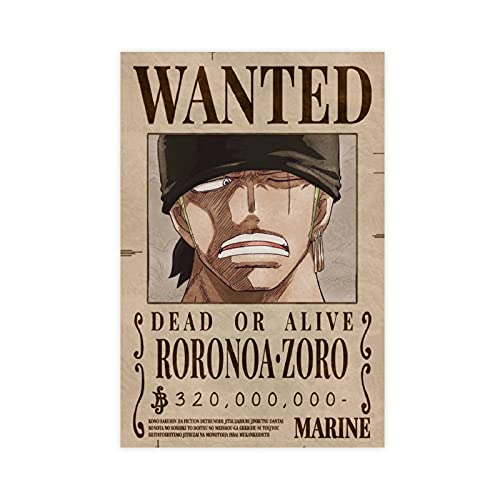 Zoro is one of the most popular and quoted characters in the “One Piece” manga and anime series (see our complete post of One Piece Quotes here). He is a skilled swordsman and martial artist, and is one of Luffy’s first crewmates. Zoro has a strong sense of honor and justice, and is always willing to help those in need. He is also known for his witty one-liners and memorable quotes.

Many of them fit in with One Piece’s theme of friendship.

Here are some of Zoro’s most famous quotes, and why they are so popular.

Let’s start with a quote from Zoro where he is at his lowest ebb, captured and tied to a stake. Even then we see him determined to hold on to his dignity:

This line was uttered by Zoro after he was captured by the Marines and tied to a stake. A kind young girl offers him an onigiri rice ball, which was subsequently found by his captors and stamped into the dirt.

Determined to show that he is not beaten, and to acknowledge the kindness of the girl, Zoro demands that Luffy feed him what is left of the morsel, now more soil than edible food-stuff.

Zoro shows us in this scene that no matter how bad things get, you still have a choice about how you are going to react. Here is the original Japanese comic:

In the scene where this Zoro quote is spoken, we get the backstory as to what drives Zoro to become the greatest swordsman in the world. We see that he is, in a way, trying to take revenge on a world that has cruelly taken his closest comrade from him.

I am reminded here of the real-life story of the runner Cathy Freeman, who one gold at the 2000 Olympics and had a tattoo on her arm that read “‘cos I’m free”. Cathy had grown up with a severely disabled sister. She had the belief that, somehow, she had been given the power to run that had been stolen from her sister. She too was determined to become strong and fast enough for the two of them.

These examples illustrate how having definite, tangible and close motivation that provides your actions with meaning can make the world of difference.

In this scene, we see what grace in defeat looks like.

Zoro meets his nemesis Mihawk and finds himself wanting.

For a character of such supreme confidence and self-assuredness, this is surely about as rude an awakening as there can be.

I’m reminded of quotes from real life “warriors” of the combat ring, such as Mohammed Ali, who said,

“There’s nothing wrong with getting knocked down, as long as you get right back up.”

“Success is not achieved by winning all the time. Real success comes when we rise after we fall. “

“Only a man who knows what it is like to be defeated can reach down to the bottom of his soul and come up with the extra ounce of power it takes to win when the match is even. “

“Any true martial artist will know – in order to succeed at this game, you must lose”

Zoro’s rivals and their relationships with him.

Zoro, the swordsman of the Straw Hat Pirates, has many rivals in the world of One Piece.

Zoro has many rivals in the world of One Piece. Some are older and more experienced than he is, while others are younger and still learning. Zoro’s relationships with his rivals vary, but most are contentious. He has a strong competitive spirit and is always looking to test himself against the best. Zoro often clashes with Sanji, who is older and more experienced than he is. The two have a mutual respect for one another, but also share a healthy rivalry.

One of Zoro’s most famous rivals is Dracule Mihawk, the world’s greatest swordsman. Mihawk was the one who defeated Zoro in a duel and left him with a scar across his chest.

This Luffy quote comes from a conversation with Zoro:

It’s you that invited me. If you ever give up, you can just commit hara-kiri and apologise to me.”

The Japanese word 心 kokoro is hard to translate. In English it can be rendered alternatively as either heart or mind. It is interesting to see where different languages and cultures draw the lines between what they consider separate or unified concepts.

Whatever the best translation, Zoro here tells us that strength is more about kokoro than anything else. Yes, it is physical strength. Yes, it is the technique that supports the strength. But above all it is heart and mind that defines strength.

Sport is an obvious example where we see that the difference between top performers and others is their state of mind.

The ancient stoics saw the physical body and the mental body as such a continuum that their universities were also gymnasiums.

Which is all to say, if you want to be as strong as Zoro, you’ve got to work out more than just your biceps and abs.

The Zoro that emerges from these One Piece Quotes is courageous, confident and heroic. But he is also simultaneously humble, devoted and committed to service.

With Zoro’s unwavering focus on the goal of becoming the world’s greatest swordsman, he is the perfect example of a human being wholeheartedly pursuing his own self-actualization.

In conclusion, Zoro is a character with a lot of wisdom to offer. He has many insightful quotes that can be applied to real-life situations. If you are looking for some motivation or advice, reading through Zoro’s quotes is a great way to find it.

Check out our Attack on Titan Quotes here.