In Japan, they have a tax that effectively allows you to get meat and booze back from the government. The Furusato Nozei or Hometown Tax is a system that was set up to allow people living in the big cities such as Tokyo or Osaka to denote to their home towns in the country. Japan has a large drain of people moving from rural areas to the cities for work. In a country with a declining population, this has left many economies outside of the major centres in ruins and with problems such as “Yome Hideri” or “Bride Droughts”. 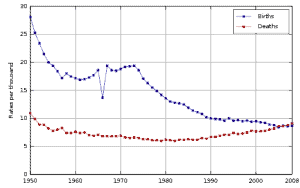 To try and rectify the problem, Japan has a system where they will let you assign 20% of your income tax to rural areas of your choice. This system is novel in and of itself. But the situation has evolved over the years, since its introduction in 2008. Local governments started providing incentives for you to allocate your tax dollars to their area. Incentives might take the form of a jar of locally produced pickled plums being delivered to your door. Or a ticket to the local hot spring. Or, quite literally, a pound of flesh in the form of a cold-pack of premium Wagyu beef.

This became a pretty good deal. You could pay $1000 dollars in tax, take $200 and assign it to a local town, who would give you a voucher for Amazon for say $100, which you could sell on a voucher trading platform online for say $90 cash.

Eventually, the Japanese government caught on that this was becoming a bit of a rort, so they introduced a limit to the value of rewards that local governments could give to 30 percent of the donated amount, and stipulated that the rewards must be locally produced products and services. That being said it’s still a pretty good deal. And how many countries are there around the world that will send you slabs of meat in the mail for paying your taxes?

I’m Peter Head.  I lived in Japan for four years as a University student completing a Masters Degree in Musicology.  I have succesfully completed the  highest level of the Japanese Language Proficiency Test (N1).  I have toured the country six times playing music and singing songs in Japanese and English.