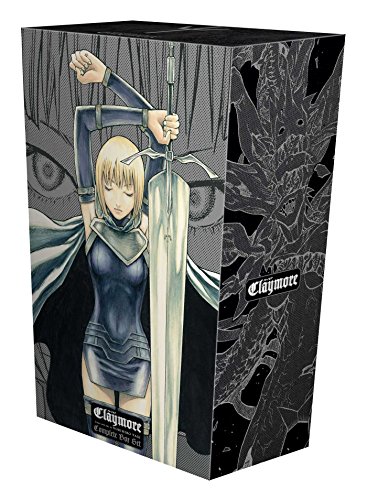 What’s not to like about beautiful, hardcore, strong women fighting monsters to save the world? Claymore is not your typical anime. It’s jam-packed with action and a very interesting plot. While It’s filled with Amazonian women which many men will find attractive, there’s very little hint of “Echi” style Japanese-eroticism in the entirety of the anime. So it is able to appeal to a range of genders.

However, Claymore isn’t all great. Some parts could have been done better. Here is my take on the anime “Claymore”.

Episode One and First Impressions

The first time I watched the first episode of Claymore, I didn’t think much of it.

Like most anime that deal with sword fights, the setting is in a somewhat mediaeval time where modern technology, and a sophisticated lifestyle are nowhere to be found.

I thought it was just going to be another lame anime. The impact wasn’t very great in the first few minutes of episode one.

Then, the main character comes in. She appears while the village is trying to find a monster hiding within the environs and eating people secretly. Amidst the commotion, the character wears a strange uniform not typical of a mediaeval sword fighter or a knight. She has silver eyes which make her stand out strikingly.

I felt intrigued by the whole look of this strange character. Still, the anime wasn’t that appealing to me just yet.

But what’s running in my head is that the illustration and the animation is very good for its time. So I tell myself “Hey, why not give it a shot?”

As the story goes on, I realise the action scenes are brief, but pretty decent.

But I guess it’s inevitable since the main plot premises are still being established in this part.

Interestingly, the background music throughout the episode is unique. Once you hear it, you’ll easily identify it as part of Claymore, especially during the fight scenes. There are plenty of characteristics that are very unique to this anime: the animation, the music, and the drawings are highly distinguishable in a very good way.

The last part of the first episode starts to get interesting. As Clare softens her heart to a young boy she remembers her past. This past is similar to Raki’s current predicament, which makes for a compelling set up.

The fight scene between Clare and the second Yoma from another city is not that amazing but it’s interesting enough to keep your eyes on the screen. What makes it more interesting is when Clare shows her ability to heal her wounds.

Overall, everything in the first episode is kind of average but still fascinating enough to make you want to watch the next episodes.

What makes Claymore better than most anime? 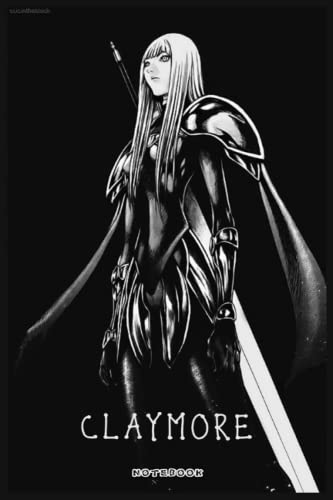 I think Claymore is better than most anime for several reasons. Some of those reasons are:

However, there are more important reasons why Claymore is better than several anime out there. Here are some of my reasons: 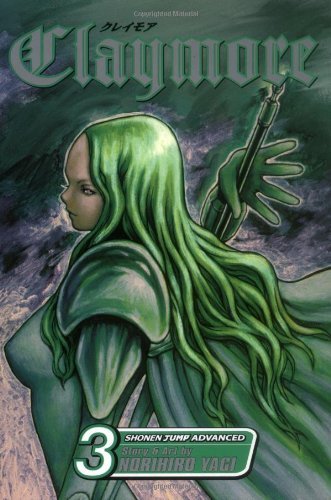 In a lot of cases, women’s roles in anime are often the love interest, the damsel in distress that needs saving, the target for sexual interest by both men and women, or even the kind-hearted character that makes you feel warm inside.

The entire culture of Otaku and animation revolves around these concepts about how women are portrayed. These characters and roles that women depict are all over anime. This gets boring.

It makes you wonder, what if female characters were to take on the role so often ascribed to men in anime? What happens if women are stronger than men? These questions are all explored in Claymore.

Claymore creates an atmosphere of reverse roles where the women fight the monsters to save everyone, including the strong men. It it also gives the feeling that women are on an equal or higher footing than men, without emasculating the male characters of the series. This is something that is very hard to balance.

The way Claymore world is designed really does give it an edge over most anime out there. 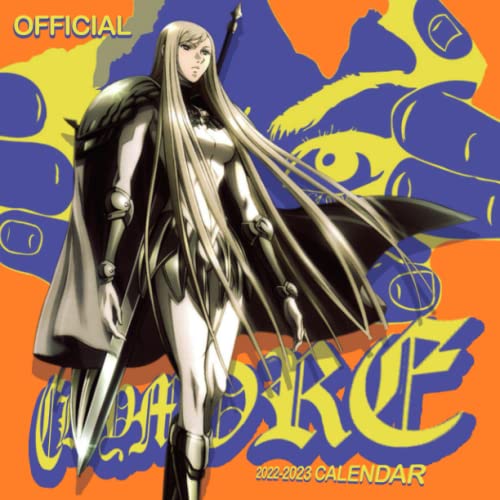 The way the characters are designed in Claymore is an absolute work of art. The Claymore themselves consist of warrior-women, well suited for their fights. Their armour highlights their beauty, without losing the feeling of being a warrior.

While the Claymore uniform is seemingly tight overall, it works very well for the kind of warriors they are. The Claymores don’t need heavy armour that protects every aspect of their body. The way their uniforms are designed prioritizes mobility and agility.

Moreover, because Claymores have hyper-regeneration abilities, they don’t need sturdy armour to protect their vital parts. As long as they can evade the attacks, they can generally avoid fatal wounds. For this reason, their uniforms only have metal armour for their shoulders, backs, wrist, waist, and ankles.

These metal protectors prevent the Claymores from being targeted in parts that are responsible for mobility or holding their weapon.

The Claymore costume commands power and beauty. I feel this is a true service to female anime characters in general. They are designed with full respect for female warriors, despite only being an anime or manga series. 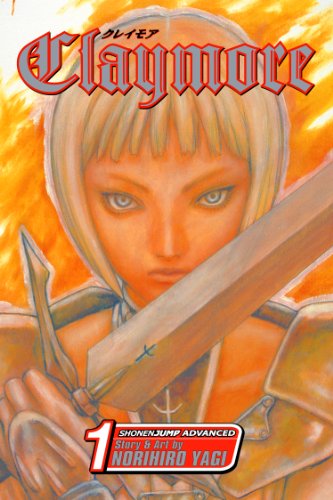 This is where Claymore excels.

Each important character of Claymore shows visible growth throughout the series.  The anime shows what each character is like before they become warriors, what drives them to fight, and how they grow in every fight. This is hard to achieve, especially as the anime has so many integral characters.

Being able to tell the story of each character that Clare and Raki encounter, while keeping the pace of the series, is such a balancing act. Claymore manages to keep people interested with every backstory – without sacrificing the fighting scenes.

In fact, the back stories laid out for each character intensify every fight scene even further. It makes you want them to fight more and survive!

And because the plot seems like a never-ending battle, the need to keep on evolving and changing is there – and Claymore never fails to deliver that growth. The characters always encounter something that nurtures individual growth.

In just 26 episodes, you can see drastic changes from how Clare and Raki were in the 1st episode of the series. 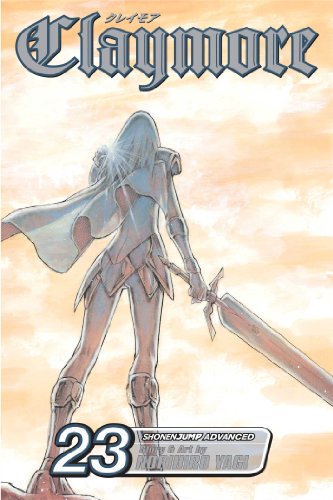 If there is one thing that is very disappointing about the anime version of Claymore, it is how they managed to make such a clichéd ending. The director manages to pull off a  “goodie two shoes” plot twist through the character of Raki. Raki prevents Clare (the MC) from killing, the very reason she turned herself into a monster.  This is one of the biggest disappointments for a lot of fans and many of us can’t get over it.

Deviation in Claymore anime from the Claymore Manga 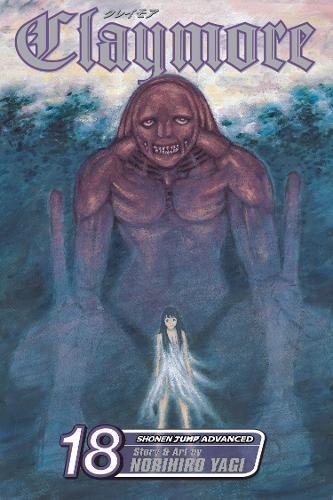 If you have read the manga of Claymore, you would know that there is a huge difference between the ending of the anime and the story in the manga.

For the most part, Claymore is very consistent at adapting every detail that you can read in the manga. The similarity to the manga is uncanny, from how the characters are presented, the fights, and even the plot.

That’s until you reach episode 24 where the deviation starts!

Differences between the endings of Claymore anime and manga

The director somehow managed to change the ending of the anime to give it an “acceptable” ending. The biggest problem with it is that it loses a lot of things, including a proper closure. It makes you wonder sometimes “what was Clare fighting for in the first place?”

If you go back to the earlier episodes, it’s clearly stated that Clare became a Claymore simply to avenge Teresa. Even her fight with Priscilla in the final scenes is all about taking Priscilla’s head. But for a very lame reason, Clare isn’t able to achieve her goal.

I guess you can say that there is a drastic change of goal or something.  Which is pretty strange, since the entire story of Claymore is about avenging those who died and finding a place in the world. In the end, the anime focuses more on living a blissful life as a human – something not too far from the true ending in the manga, since that’s the intention of Teresa for Clare.

What makes it more disappointing is that the ending of the anime has no room to get back on track with the manga’s plot! 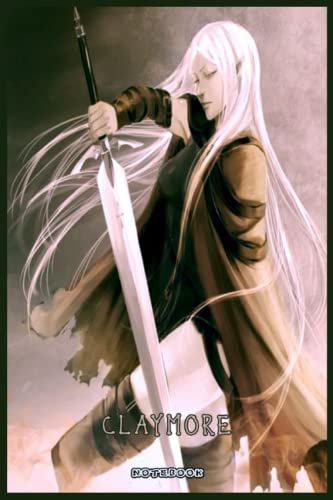 The anime finishes with no proper closure. There are just so many things in the ending that feel out of place.

For some reason, in the ending, the characters just go on to have separate lives, even though they are now fugitives of The Organization. The ending makes you feel like the characters decided to “live happily ever after”, when in fact, escaping the organization is almost impossible. Even Ilena who has been hiding for several years was eventually found and hunted down by The Organization.

Not only that, none of the characters achieve anything in the end. Except perhaps for Raki and Clare getting back together. The Organization, that puts people’s lives in danger is still there. Clare never got to achieve the very reason she became a Claymore – to avenge Teresa and kill Priscilla. Even Miria is back in The Organization to gather more information as a spy – again!

If you haven’t read the manga, the ending isn’t that bad at all. It gives off a feeling that there’s still a continuation of the story. Especially since Isley was able to get Priscilla back and the characters that are vital for the downfall of the organization are still alive. I just don’t know how they are going to put everything in place again, after knowing how quickly the story goes in the manga. 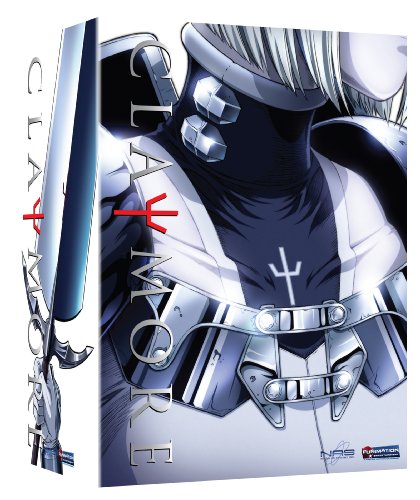 The way the anime presents a unique story can be an inspiration to succeeding anime. It goes to show that you don’t need sexy scenes or hard-core fights to keep the plot interesting. It is possible to do this in shonen anime with women as the main character!

The ending is the only thing that makes Claymore the anime a little disappointing. I wish it ended better, in a way that gives room for more seasons. The ending feels like there’s still more to the story, but they decided to make it short by force.

In the end, I still think Claymore is one of the best anime out there when compared to most of the well-known anime in the market.