Ever since I first set foot in Japan more than 20 years ago, I’ve been impressed with Japanese BBQs on Hibachi grills. Now, living in a mixed Japanese & Western family, it made sense to invest in a Hibachi and figure out how to cook Hibachi at home.

At first, it can be a little tricky to figure out how to get started with knowing how to cook Hibachi steak, or whatever you are trying to cook on your hibachi grill.

Hopefully, this article will give you an idea of how to use and cook on a hibachi grill. But first thing’s first. Let’s get clear on what we are talking about here:

Hibachi is a Japanese device or vessel used for cooking or heating. Most often, a Hibachi uses open hot coals as the main heat source. 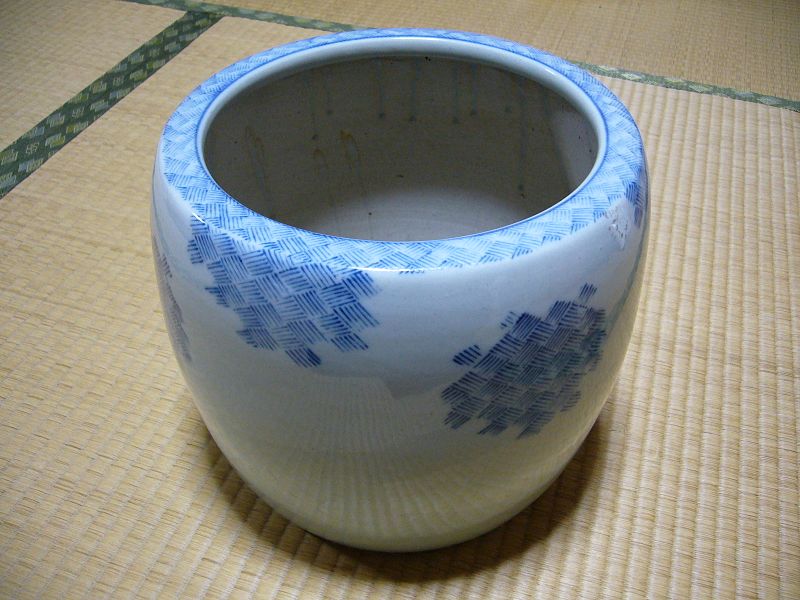 In Japan, Hibachi have been used for more than a thousand years to cook, boil water and heat the house.

Though traditionally these were heat-resistant braziers, bowls or receptacles capable of holding hot charcoal, modern Hibachi look more like this:

Technically, a Hibachi that is used for cooking is called a “Shichirin”.

The term “Hibachi” can refer both to the actual cooking apparatus or to the style of cooking.

What isn’t an hibachi?

It is worth noting that many people in the west confuse Hibachi with Teppanyaki, which is a different style of Japanese cooking. Teppanyaki literally means “cooking on a metal plate”, and usually refers to the large metal hotplates you see at certain Japanese restaurants.

Hibachi is different from Teppanyaki in that it refers to cooking directly over hot coals, as opposed to a gas or electric Teppanyaki frypan.

This confusion has been further fueled by many Western restaurants branding themselves as “Hibachi” restaurants to cater to what people already understand.

How does a hibachi grill work?

Hibachi work by simply heating whatever sits on a basic metal mesh placed above coals in a receptacle. Modern versions will generally have vents on them that allow you to control the amount of air circulation and, thus, the heat.

Hibachi grills have become popular in recent years because they can be smaller than traditional grills, simpler to cook with, and more portable. They can be used indoors or outdoors depending on the ventilation conditions inside or the weather conditions outside.

The main drawback of hibachi grills is that it can take time and sometimes be difficult to get the charcoal to a sufficient level of heat in the first place.

What does hibachi mean in japanese?

In Japanese, “Hibachi” literally means “Fire Bowl”. The two characters that make up the word “Hibachi- 火鉢” translate to:

There are several other words in Japanese that refer to the same receptacle including 火櫃(Hibitsu) and 火桶(Hioke), which translate roughly as “Fire-chest” or “Fire-bucket” respectively.

A Hibachi used specifically for cooking is technically called a shichirin. They may also be referred to as a hibachonn. The hibachon typically consist of a small, open metal bowl which is heated from below by charcoal or wood fire.

Hibachi can also refer to an entire meal prepared on this type of grill.

How To Set Up A Hibachi Grill For Cooking

Most modern hibachi grills are small and portable, so they don’t require too much prep work before use.

The main steps in setting up a Hibachi Grill are:

You need to be careful about where you put your grill. Charcoal gives off carbon monoxide when burned, which can kill you. So you need to make sure you’re in a well ventilated space, generally completely outdoors.

You want to make sure there is nothing close to the grill that can catch on fire. At the end of the day, we are dealing with naked embers and flames here!

The bottom of your Hibachi Grill will also be very hot, so don’t put it on top of anything that is easily damaged by heat.

The hibachi needs to be on something stable, no wonky tables. You don’t want hot coals coming down on you or onto something that could catch fire.

You also want to put the Hibachi BBQ at a height that is going to be comfortable for you to work on it.

There are a few methods you can use to light your charcoal, as listed below.

Make sure your coals are sufficiently hot. If you have a dual chamber Hibachi grill you can have very hot coals on one side, and less hot coals on the other for meat you want to cook more slowly.

Place the grill on top of the coals and allow it to heat up for about 20 minutes – 30 minutes before you start cooking.

What do I need before I do Hibachi at home?

Metal Tongs (Preferably two sets, one for moving charcoal, one for cooking)

A plate to put cooked items on

For lighting the Hibachi grill:

Pan for heating charcoal on stovetop

What fuel to use in Hibachi Grill?

Binchotan is the preferred charcoal used in Japan. It is generally harder than other types of charcoal and produces less smoke.

How to ignite a hibachi grill?

There are four main methods of lighting the charcoal you will use in your Hibachi grill; heat them on a stovetop, heat them in an external vessel such as a “fire chimney” with firelighters, heat them inside the actual hibachi grill itself, use a blowtorch.

How to Cook hibachi?

How to cook hibachi steak on Hibachi Grill

When cooking hibachi steak, make sure that they are cut into bite sized pieces. Japanese BBQ meat, called yakiniku, is usually very thinly sliced. You can get these cuts from Asian butchers.

For larger western style cuts, it is best that the meat be  seasoned with salt and pepper.

Put them on top of the grill over direct heat for about 4-5 minutes per side. When you flip them, only turn once!

How to make hibachi vegetables

Making hibachi vegetables is an easy and healthy dinner option. Vegetables often cook very quickly, in 1-2 minutes per side, so you need to be careful not to burn them.

Popular vegetables to cook on a hibachi grill include:

How To Keep your Hibachi Grill In Good Condition

Tabletop Hibachi grills are smaller in size and can be used indoors or outdoors (always consider ventilation). They can be conveniently placed on any table or countertop.

Outdoor or patio Hibachi grills provide a more sophisticated look to your outdoor living space with their sleek design that is often made of cast iron or stainless steel.

Portable Hibachi grills provide an easy way to cook your food outside while camping, at the park, etc…

How Much Does it Cost to Use a Hibachi Grill?

Hibachi grills are not all that expensive to use.

Hibachi grills generally cost about $99 to $500, depending on the size and brand.

What can you cook on a hibachi grill?

A hibachi can be used for cooking different types of food, such as yakiniku, yakitori, vegetables, chicken fillets, steak or shrimp.

Tips for Using a Hibachi Grill

The type of meat you are grilling should also be taken into consideration when it comes to the best way to cook on a hibachi grill. Thin cuts like marinated ribeye, flank steak, and skirt steak should be cooked at medium-high heat for 1-2 minutes on each side. Thick cuts like pork chops, chicken breast, or leg of lamb should be cooked at medium-low heat for 5-8 minutes per side.

If you want to add flavor without adding too much fat like oil or butter, then try adding spices such as garlic powder or paprika before cooking.

Best Utensils to Use With a Hibachi Grill

Metal tongs, wooden skewers, and metal spatulas are all useful for cooking with a hibachi grill. Tongs allow you to move the food from the grill to the plate without burning yourself. They also help you flip food on the grill more easily than a spatula will.

Wooden skewers are great for cooking meat on the grill because they don’t get too hot or lose their shape like metal skewers do. Metal spatulas are good for flipping things on the grill and removing foods from it as well.