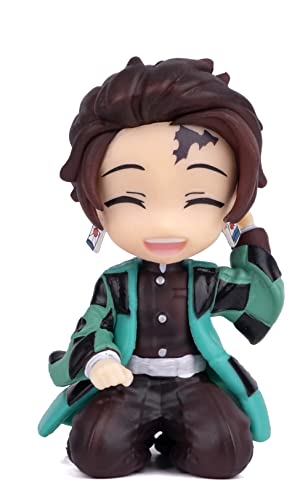 To become an inheritor of the Breath of Sun, one must have the mark of the demon slayer. Inheritors also need a Nichirin sword, and mastery of breath control concentration.

Among all other demon slayers, only Tanjiro Kamado became an actual inheritor of the Breath of Sun.

Tanjiro: the Inheritor of the Sun Breathing Technique

The inheritor of the Sun Breathing technique is, thus, Tanjiro Kamado. Among all the generations of Kamados who inherited and passed on the Hinokami Kagura (Dance of the Fire God), only Tanjiro has became a demon slayer.

Because he is the only Kamado to become a demon slayer, he is also the sole inheritor to apply the Hinoki Kagura in his sword technique. This results in his discovery of the Sun Breathing technique.

The History of Yoriichi 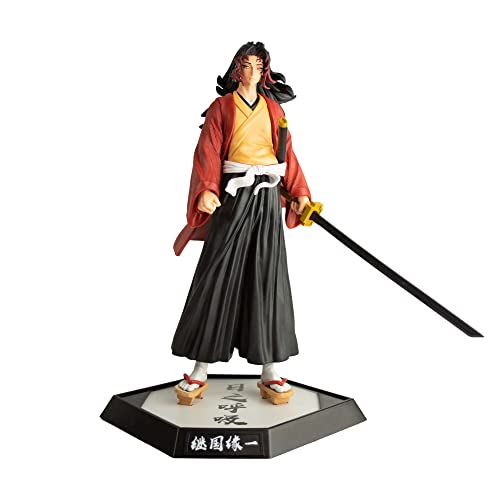 However, because he is born with a twin and an unknown mark on his face, his father believes that Yoriichi is a bad omen and bad luck. Yoriichi’s father orders Yoriichi’s death, but luckily, his mother is able to stop this from happening.

As the twins grow, Michikatsu (Kakushibo later as a Demon) always looks down on his twin brother. At the same time, because of Yoriichi’s natural talent, brought by the demon slayer’s birthmark, for the swords, he is always jealous of Yoriichi . Yoriichi keeps practicing his sword techniques until he develops a breathing style. He eventually stops practicing after realizing that he could hurt people with his sword.

One day, Yoriichi realizes that his talents could make him the heir of their fathers thrown. Yoriichi can’t stand taking the throne from his twin brother, so he runs away.

The Origin of the Sun Breathing Technique

Yoriichi eventually got married at a young age and had a child, forgetting about his past and his love for swords.

One day, his wife and child are killed by a demon. Because of this, he takes up his sword and swears to kill the demon that killed his family. He joins the Demon Slayer Corps, where he can kill demons, master his sword technique, and become the strongest demon slayer that ever existed.

A Dance to Pass on The Legacy of Yoriichi Tsugikuni

Because Yoriichi didn’t remarry after his wife and child’s death, he couldn’t pass on the Sun Breathing technique. Even his twin brother could not inherit the Sun breathing technique, in spite of Michikatsu (Kakushibo later as a Demon) developing his own demon slayer mark.

One day, when Yoriichi visits his friend, Sumiyoshi Kamado, in the mountains, he tells his life story and the regrets he has been carrying. Sumiyoshi and his young daughter shed tears for Yoriichi after they learn his story.

To cheer up the Kamados, Yoriichi showed them his Sun breathing technique, which Sumiyoshi had memorized. When Yoriichi leaves the Kamado residence, Sumiyoshi promises Yoriichi to pass on his legacy – including Yoriichi’s Hanafuda earrings.

Because Sumiyoshi is not a swordsman, he instead turns the Sun Breathing technique into a dance called “Hinokami Kagura,” which he passes on to generations of Kamados with surprising accuracy.

In addition, for some unexplained reason, Sumiyoshi can also pass on his memory to Tanjiro, the sole inheritor of the Sun Breathing technique. In his critical state, Tanjiro sees the 12 Sun breathing techniques that Sumiyoshi has witnessed directly from Yoriichi’s performance in the past.

Tanjiro realizes that the Hinokami Kagura (Dance of the Fire God) and the Sun Breathing technique are one and the same. 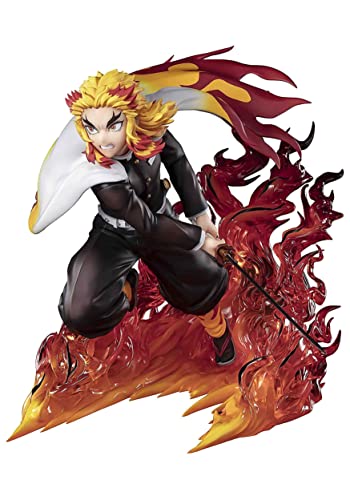 Despite everyone’s knowledge, the Rengokus are also inheritors of the Sun Breathing technique. This is based on the records that the Rengoku family kept for generations.

During the Mugen Train Arc, the Kamado realized the likeness of the Hinokami Kagura with the Flame Breathing Technique (炎の呼吸, honō no kokyū) of Kyojuro Rengoku.

Before Kyojuro died after fighting an upper-rank demon, he passes on to Tanjiro his legacy as a Breath of Flame inheritor. He also tells Tanjiro about a book in the Rengoku household that holds information about the lost Sun Breathing technique.