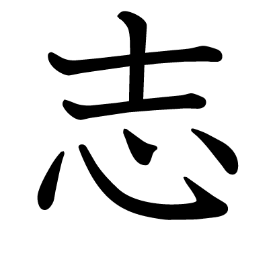 There are two main kanji symbols in the Japanese language that are associated with the word “ambition,” similar to that in English. Both Japanese characters have slightly different meanings.

The term ambition in the Japanese language could refer to achievement or desire.

Ambition could be a thing or status that you want to achieve with determination, or it could also be something that your heart desires. These two related, but slightly differently nuanced concepts of ambition use different words in the Japanese language.

Japanese words often vary depending on their meaning and the context in which they are used. You often use different words for various contexts or if you want to be a little more specific with what you want to say. Thus, it is important to identify which word to use to ensure you are not misunderstood.

Let’s find out the characters and words you can use for “ambition” in Japanese.

What is the Japanese symbol for Ambition?

One of the most commonly used Japanese kanji (Chinese writing) for the concept of “ambition” that we employ in English is 志. It has an On-Yomi (Chinese reading) /shi/ (シ) and a Kun-Yomi (Japanese reading) /kokorazashi/ (こころざし). It has a dictionary meaning ambition, plans, resolve, hopes, motive, intention, and aspire.

The kanji for ambition is composed of two simple kanjis put together in one: first is the kanji 心 which means a heart. The other kanji is 士 which means a well-respected man, a scholar (one with achievements), and a samurai – a noble warrior. Together, the concept of Ambition is about the resolve or heart of a well-respected person (one that has achieved/yearned for success).

This kanji is commonly used in everyday conversation in the Japanese language. It is often paired with other characters such as the hiragana す  to form 志す【こころざす】which turns the word into a verb, which means to set an aim, to aspire, to plan or to intend.

It is also paired with other kanjis to form different words similar to the meaning of ambition.

Another Kanji for Ambition

Its dictionary meanings are ambition, hope, desire, aspire, expect and even “full moon”.

This kanji, by itself, is often used in the names of people and companies. But when paired with other characters, such as a kanji or a hiragana, it forms words relating to the moon, perspective, and most desired ambition.

What words are the Japanese characters for Ambition used in?

Some common Japanese words that use the Japanese characters for Ambition relating to their meaning in English are:

大志, pronounced as / Tai.shi/, is a neutral word used as a noun and its dictionary meaning is Ambition and aspiration. It is a general term for ambition and is often used in daily conversations and various contexts.

Its kanji are 大 which means big, and 志 which means aspiration or a heart’s desire. Thus, the word 大志 refers to any Ambition that one truly desires, not just Ambition related to achievements and professional success.

大志 is also read as /Hiroshi/, a common Japanese name.

Example Sentences For the Japanese word for 大志 (Taishi):

“There is this overarching desire, ambition, goal, and objective to change people’s lives.”

Right now there is an aspiring teacher

The Apostle Paul had a goal and ambition that controlled his whole life.

His advice for new start-ups is to come to Singapore with an ambition.

大望 (Taibou) is also another word for Ambition in the Japanese language and is used interchangeably with 大志 (Taishi). However, there is a slight difference between the two words. Taishi is just a general term for the word ambition, which refers to one’s desires, while Taibou refers to the kind of Ambition that focuses on achievements.

While 大志 (Taishi) can be used negatively and positively, 大望(Taibou) is often used positively.

His ambition is to be a lawyer.

The trip demonstrates how far afield the ambitious merchants of Exeter reached in their trading forays.

Although he inherited a large fortune from his family, he was ambitious and intellectually curious.

He never forgot his ambition to become a great politician.

Justinian’s ambition to restore the Roman Empire to its former glory was only partly realized.

野望 (Yabou) is also a common Japanese word referred to as Ambition. However, many Japanese don’t feel good when they use or hear this word. This word has a negative connotation that could potentially have a bad outcome.

So fueled by that Ambition, he returned to the state legislature.

The desires of the flesh, they’re nothing compared to the rewards of power and Ambition.

Their nuclear Ambition should not be tolerated.

She was consumed with Ambition.

His Ambition is to gain power over others.

Is the Japanese symbol for “Ambition” the same in Chinese?

Yes, the Japanese kanji 志 (Shi/Kokorozashi) is the same in Chinese. However, the pronunciation is slightly different. In the Chinese language, 信 is read as / zhì /. The meaning of the Kanji for Ambition is also the same in both languages. Thus, there is no significant difference at all in their usage in both languages.

How to write the Japanese character for “Ambition”

There are only seven strokes for the kanji 志 (Shi/Kokorozashi), and since this kanji is composed of two characters, the top character should be written first, followed by the character at the bottom.

The other kanji for Ambition, on the other hand, 望 (Bou/mou), has 11 strokes and is composed of three characters. The writing starts with the upper left character, which only has three strokes. The upper right character follows, which has four strokes. And the last character to write is the bottom part which also has four strokes.

Try to make sure that each character in this kanji is proportionate to each other when writing to avoid making the kanji disproportionate to other kanji you will pair with.

Remember that stroke direction when writing kanji often starts from left to right and then from top to bottom.

There is no official record as to the origin of the characters of the glyph for 志 (Shi/Kokorozashi); however, the Chinese language has several alternative writing for this kanji.

The kanji 望 (Bou/mou), on the other hand, has two found original glyph variations; one is way back from the Shang Dynasty in China, and the other from the first half of the Zhou Dynasty, also known as “the Western Zhou.”

Kanji 望 also has alternative writing in the Chinese language, which is not used in the Japanese language.

What is the Japanese concept of Ambition?

Many Japanese associate Ambition with talent, skills, and purpose. For them, having a purpose is a key to a longer life, thus, the concept of “Ikegai.” They believe that a purpose-driven life can lead to achievements, happiness, the drive to live, and the passion for continuing to do things.

A highly ambitious person is sometimes seen as detrimental to the group or society. In contrast, a person who doesn’t have any ambition is sometimes perceived as a burden to everyone else.

Is the Chinese character for “Ambition” a popular tattoo?

The kanji 望, on the other hand, is not very much a popular tattoo. The only instances that it is used as a tattoo is when it is used in a word.

Should you get “Ambition” done as a tattoo in Japanese writing?

I think it is worth considering having the kanji “志” as a tattoo. Not only that it can represent the word “ambition,” similar to that in the English language, but it can also mean “your heart’s desire,” which I think is a pretty cool concept for a tattoo.

We all have our ambitions and our own desires. Having this tattoo could be a good reminder that we ought to strive for greatness to achieve our dreams and ambitions.