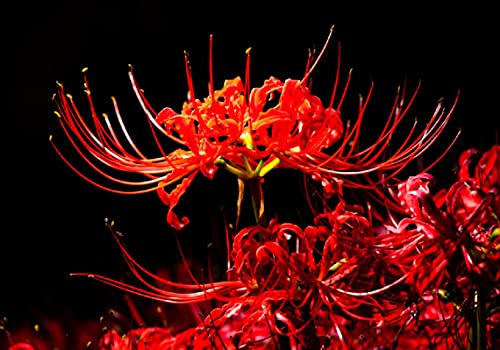 What does the Spider Lily in Demon Slayer symbolize?

The usage of the Spider Lily in Demon Slayer represents “death” in a botanical form. It is a symbol of darkness, the occult and the organic that we see in the drama of Kimetsu no Yaiba.

The Spider Lily is associated with all things dark and death-like in Japan. This is evidenced by some of the names given to the flower in Japanese such as “Shibito Bana 死人花 (Flower of the Dead)” and “Yūrei Bana 幽霊花 (Ghost Flower)”. So using this flower in the opening of Demon Slayer sets the stage for a drama that is at once dark, macabre and beautiful.

There is also a consistent botanical theme that can be seen in the names of the characters of Demon Slayer:

Even Nezuko’s name is related to a plant.

So using the Spider Lily flower in the Demon Slayer imagery links with this.

What is the Spider Lily Plant called in Japanese? 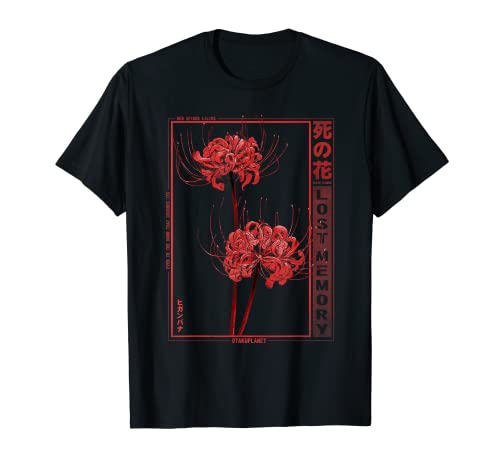 The Japanese have a lot of names for the Spider Lily plant! Indeed, Wikipedia states that there are actually more than 1000 different names for the flower in different regions of Japan!

Many of the Japanese names for the Spider Lily  are somewhat macabre. These names include:

Where Does the Spider Lily Appear in Demon Slayer?

There are only two instances where the plant of Spider Lily is shown in the anime Demon Slayer, and many fans missed the first instance. Because a lot of anime fans sometimes skip the closing theme of most anime, they miss important clues, which, in this case, is the Spider Lily.

In the ending theme of the first season of Demon Slayer, the song starts with a picture of a bunch of Red Spider Lilies followed by a montage of each important character.

Many fans who have noticed the red spider lily interpret this as having plenty of deaths coming into the series, which is not wrong at all. While none of the main characters died, many deaths happened in the first and the ensuing seasons. 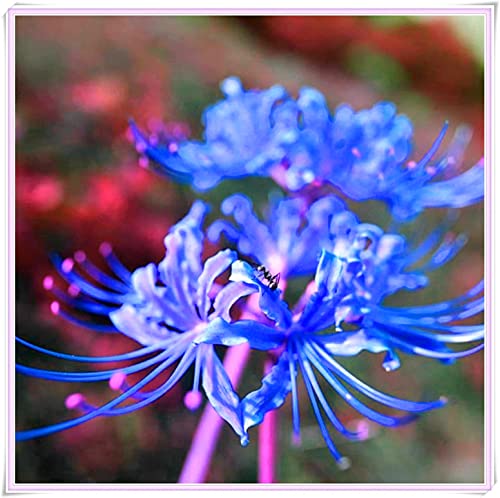 Amazon.com : Spider Lily Lycoris Tubers Planting Ornaments Perennial Garden Simple to Grow Pots-10bulbs,E : Patio, Lawn & GardenThe other instance that the Spider Lily is featured in the series is when Muzan is turned into a demon. In old Japan, indigo was only for the ruling class before the Edo period. Thus, the color blue became a symbol of status in ancient Japan –the setting of Demon Slayer.

Later on, common Japanese started to use indigo not only to stylize their clothes but also to strengthen their fabrics. The indigo dye is also used to make clothes insect repellant and protects skin from UV rays

Muzan and the Blue Spider Lily 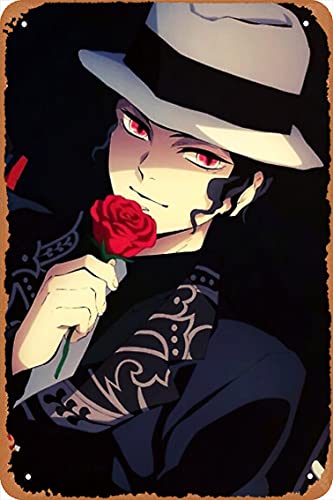 While the spider lily is considered poisonous, many Japanese believe it also has medicinal effects when used properly. This is why the use of Spider Lily is introduced to Muzan, which causes him to be cured of his illness.

However, the Spider Lily used to make Muzan’s medicine is a mythical type which is color blue. The concept of the benefit of using the plant-based dye indigo and the so-called medicinal benefits of Spider Lily became the very concept of how Muzan turned into a progenitor demon.

The medicine made from the mythical Blue Spider Lily not only cured Muzan of his terminal illness but also gave him incredible strength and immortality. However, the side effect is inevitable because the Spider Lily is an ominous plant in Japan.

The side effect of using the Blue Spider Lily is his vulnerability to the sun and his strong desire for human flesh. Not only that, but it also allowed him to turn anyone into a demon like him.

The Red Spider Lilies also protect the shrines from being destroyed by wandering animals such as raccoons, bears, etc.

Because all parts of the Spider Lily plant are poisonous and often found in cemeteries, the Japanese have associated the plant with death and the afterlife.

Other Anime that use the Spider-Lily as a visual motif

Anime uses plenty of symbolism to lure in audiences and give the drama depth.

The red spider lily is one of the most commonly used flowers in a range of anime including:

For the most part, the Red Spider Lily is often presented in the opening or closing theme of the anime, symbolizing agony, death, blood, and the afterlife within the show. While it has many deeper symbolizations in Japanese culture, they are often related to death.

See our list of all the female characters from Demon Slayer here.