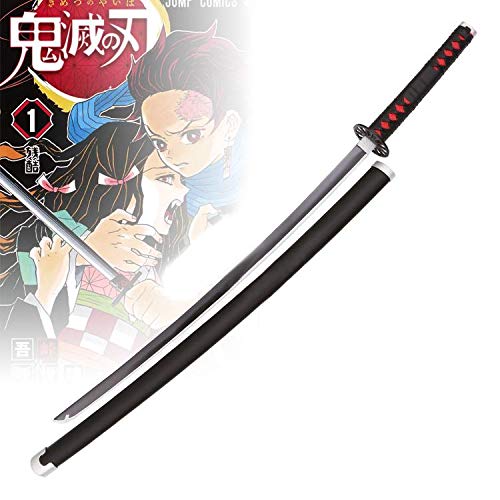 The black Nichirin Sword is seen as a bad omen and manifests itself only to Sun Breathing technique users.

The Nichirin tou (輪刀) or Sun Ring Blades are unique swords especially made to kill Demons.

Holding the Black Nichirin Blade in the Demon Slayer indicates you have considerable strength in fighting demons. It is also said that the Black Nichirin is made up of a conglomeration of all the color varieties of the “Sun Breathing technique” influenced “Nichirin blades”.

Beliefs about the Black Nichirin

Many Demon Slayers and Nichirin Blacksmiths in the world of Kimetsu no yaiba believe that the black Nichirin indicates misfortunes and a shorter life span.

According to Kyojuro, the Black Nichirin Blade is so mysterious that no one knows anything about it. Those who possess the Black Nichirin tend to die before they can ever learn about the true properties of the black sword; thus, it is considered a cursed blade. 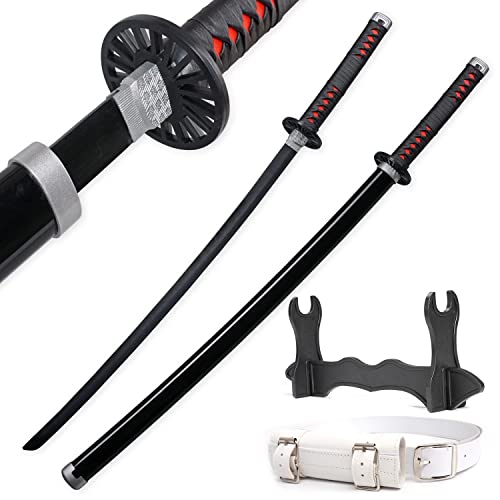 Yoriichi Tsugikuni, the first and the most powerful Hashira that ever existed.

This isn’t the first time the protagonist in an anime uses black-tainted swords. In fact, many Shounen anime that involve sword or knife fighting often have characters that use Black blades. Some of these are Asta of Black Clover, Bell of Danmachi, Ichigo of Bleach, and Kirito of Sword Art Online.

All these characters have one thing in common: they all have incredible fighting abilities that exceed many other characters in their respective series.

There are a few characteristics that black weapon users in many anime have in common:

What does the color Black mean in Japanese Culture?

The color Black is one of the most important colors in Japanese culture. Black is considered one of Japan’s four oldest colors, along with Red, Blue, and White.

Its importance is well embedded in Japan and many Japanese still have the color black, “Kuro”, as part of their surnames.

In Japanese culture, Black represents dignity and formality. Many Buddhist uniforms have the color black in them to show esteem. The color Black is also seen in many Samurai armors and amulets to ward off evil. Old Japanese Sailors also like black cats as they are said to be able to predict bad weather.

Black is also associated with death, mourning, and misfortunes. Some Japanese mythology also sees black as a taint to purity, often represented by curses, malice, and other evil representations.

Black: The color of Prestige

Old Japanese customs also see black as a prestigious color and is often related to the aristocracy. The color black was so popular in Japan that many women painted their teeth black, as a popular fashion of the time. This practice is called Ohaguru (お歯黒) or “teeth blackening”.

Japanese women used to soak iron filings in sake or tea and paint the substance over their teeth to turn them black. The iron oxides would be soaked in tea or sake (rice wine). They would then add flavorings such as cinnamon, cloves, and anise to lessen the strong taste of oxidising iron.

The Japanese government stopped this practice by making a law preventing such dangerous practices in 1870. In spite of that, Ohaguro is still practised in Japanese theaters but uses only safe substances to paint the actors’ teeth black.