Tools I use for learning Japanese

These are the Japanese Study tools I used to pass N1 of the Japanese Language Proficiency Test. I’ve listed them in different section and numbered from my favorite to least favorite tools.

Many of these I still use today in creating the translations I make for my Japanoscope Weekly Podcast/Blog/Youtube Channel. I divide these roughly into Japanese Language Proficiency Test levels:

I also add tags to these so they can be browsed by different topics.

Comparison of How Much Content Japanese language Programs Have

It can be pretty hard to tell which Japanese language learning resource gives you the most bang for your buck. I’ve gone through and worked out as best I can roughly how much learning time is included in each.

All the language programs do things in very different ways, so it can be hard to compare “apples” to “oranges”. But hopefully it is somewhat helpful in guiding your decisions about which platform you may want to invest time and money in. It may go some way to help answer the often asked, but almost impossible to answer, question how long does it take to learn Japanese?

I’ve also found it helps to concentrate on words that you are going to use a lot first, like how to say “ok” in Japanese.

I think learning from listening is about the faster way to learning language. FOr this reason, to me, Pimsleur is probably the best Japanese language learning method I have come across, but it’s not cheap. You’ll need to weigh up how serious you are about your language learning.I’ve done a Pimsleur Japanese review here.

is a solid podcast/audio based platform, with lots of content and good value for money, especially with the lower end tiers – which give you the meat of the content without fluff. I’ve done a Japanese Pod 101 review here.

One of the more solid all inclusive Japanese learning programs for beginner to intermediate levels. Rocket Japanese Review here.

I’ve been a subscriber to the paid version of Memrise for a couple of years now doing a couple of languages. It really is one of the most “versatile” memorisation tools out there. This is because the wealth of user created content and courses that exist on the program. You can memorise everything from Japanese Buddhist jargon through to morse code. The in house language courses feature structured video snippets which I find really helpful. You don’t realise how much body language comes into real world communication till you try this.

Memrise has a good introductory video based course which helps give you some  of the context you get when listening, and watching, native speakers in real environments. Japanoscope Memrise Vs. Duolingo article here.

Duolingo is perhaps the most popular learning platform on the planet. I don’t think you can really gain a high degree of fluency through it, but it is a fund, game-like way of keeping you motivated to get the basics or review words and phrases that you may have learnt in a more comprehensive system. Japanoscope Duolingo Japanese review here.

The Heisig method is a totally mnemonic based approach to learning Kanji by attaching stories and pictures to the radicals that make up each character. This approach can literally save hours, months and years of Kanji learn-by-rote practice. People have different approaches, and it’s good switch between them over time, but this is the one that has worked the best for me and I recommend as a starting point.

There are a lot of solid dictionary options on mobile and desktop, and I find it’s good to have a few options to reference. The ones I tend to go to the most are listed here.

On mobile, Akebi is hard to beat. Create vocab review lists as you look up words. Search for kanji by drawing on your smart phone screen.

Aedict has pretty much everything that Akebi has, but the design isn’t quite as aesthetically nice. It does have some JLPT quizzes built in, which is handy if you’re working towards the test.

I tend to go back and forth between a lot of dictionaries on desktop, and a lot of the time I end up just coming back to Google Translate. But here’s some of the ones I have bookmarked that I use regularly:

If you are in Japan, you might find this guide to English language bookstores in Japan helpful.

Japanese.io also has a browser plugin that can read anything on a screen for you but their plugin links back to a larger reading platform that lets you import in any text, even as a scanned PDF and gives you Kanji readings and translations. They also offer a collection of out of copyright books to plow through in their native interface.

My friend over John over at Japan Australia blog has a good list of reading materials for learning Japanese at home.

I find Anki for most intents and purposes as good more commercially orientated options for straight out memorisation purposes at the irresistible price point of free. It’s totally open source, and has a long history. Which is good, but the platform tends to show it’s age and “techy” background. It’s not so good at providing structured courses as is Memrise, which has its own in house content. There are a few different implementations of the open source platform for mobile interface. I use “Ankidroid” app on Android and have had no troubles. 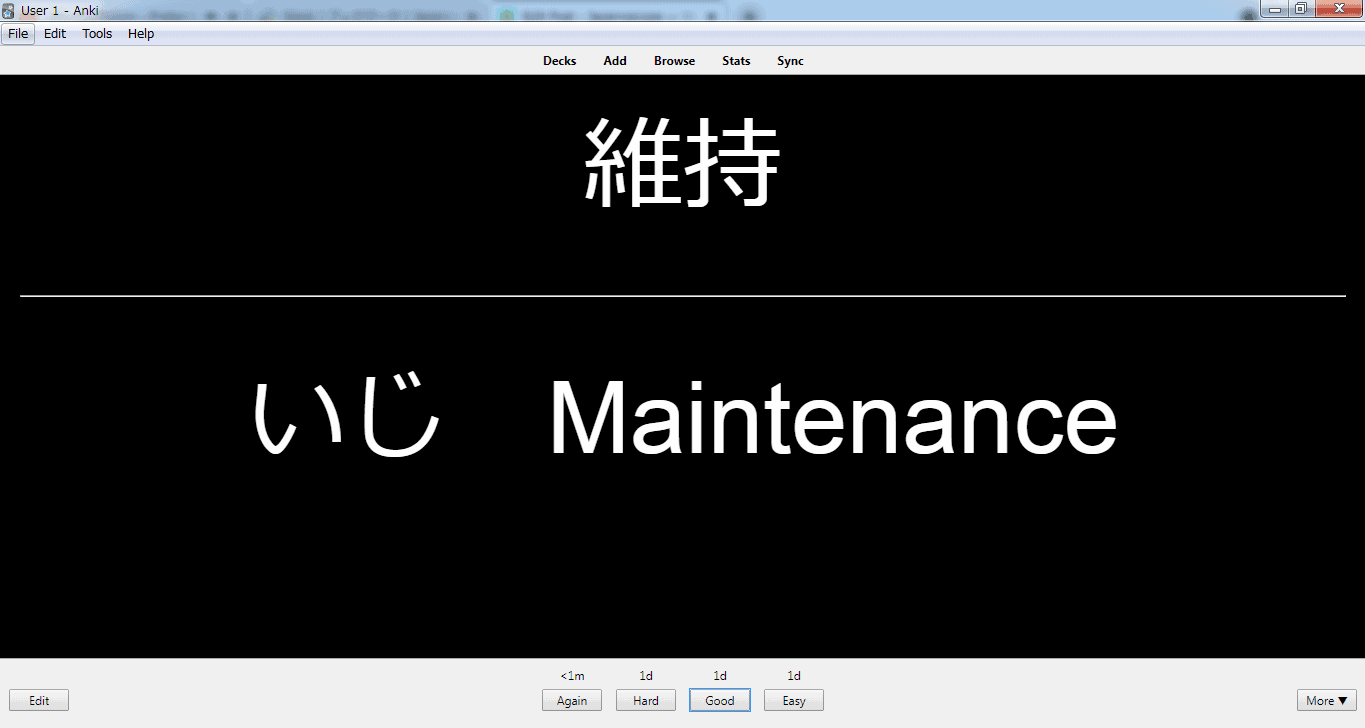 I’ve been a subscriber to the paid version of Memrise for a couple of years now doing a couple of languages. It really is one of the most “versatile” memorisation tools out there. This is because the wealth of user created content and courses that exist on the program. You can memorise everything from Japanese Buddhist jargon through to morse code. The in house language courses feature structured video snippets which I find really helpful. You don’t realise how much body language comes into real world communication till you try this.

Well, I’m biased on this one, but we put a lot of effort into translating  the sort of Japanese sources we really don’t think you would find anywhere else. We go deep. Level is generally JLPT1 or JLPT2.

Japanese Pod 101 (Beginner to Upper Intermediate) This is the “big boy” of Japanese language podcasts. It’s been around for years and morphed into a full blown language learning course along the way. You can get episode free every month, but they tend to be across all learning levels, which is okay for everyone but great for noone. To get everything systematically in your level you need to buy the course. They also post a free pack of Japanese learning resources on their site to download every month here. Japanoscope full platform review is here.

Netflix has a pretty solid offering of Japanese content. If the content on offer in your own country’s version of Netflix isn’t enough, you can get more by using VPN to unlock more content.

Everyday language in fairly real-life situations. Based around a diner, so good for people that are interested in food.

Near complete catalogue of classic cult animations including My Neighbour Totoro, Spirited Away, Ponyo, and the wonderful film about Tanuki using their testicles as weaponry – PonPoko.

This is a bit of a sci-fi dystopian classic. The Japanese in this can become highly technical when discussing robots, futuristic engineering and monster nomenclature. For this very reason though, it is of interest to advanced Japanese speakers who want to expand their linguistic horizons.

Animelon is based on a cool idea: anime with subtitles where each word is clickable – meaning you can instantly look up the meaning of each word. The idea is to make the learning of Japanese something fun, rather than just dryly pouring through textbooks.

The (free!) site takes things further by automatically adding each word you have looked up to a list that you can then test yourself on using an integrated flashcard platform. Pretty cool.

Animelon also gives you hiragana, katakana and romaji subtitles, all of which you can switch on or off – making it much more appealing to learners of all levels.
If you need help with reading the Kanji, you may want to integrate animelon in with a Japanese screen reading tool such as “10ten Japanese reader” or “Japanese IO” to hover over the Kanji for readings and translations.

The drawbacks of the platform are mainly around the amount of content available. The content doesn’t seem to have any formal relationships set up with publishers. They don’t have a paid platform, but ask for donations. The whole thing feels somewhere between a “fan” site, and a legitimate business site. The upshot here is that the number of titles and episodes, though enough to provide value, is still quite limited.

A platform set up by Japanese Independent labels during Covid-19 by banding together to make their music available for streaming or download. A treasure trove of left-of-centre music, a lot of it with interesting lyrics – including this heartbreaking song by Tenniscoats which we translated. We also did a podcast translating some of the artist blurbs here.

I’ve got a whole series of Japanese lyric translations that serve as entree into the world of Japanese alt-pop music.

Japan had its own parallel folk music boom in the sixties, with a similar focus switch from music to words. I’ve done translations of songs by artists such as Takada Wataru, and the Folk Crusaders.

The lyrics of contemporary artists such as Yujiro Kudo, Hori Yuji, the mighty Tenniscoats

Japanese tongue twisters can be a fun way to help get your Japanese pronunciation up to snuff.